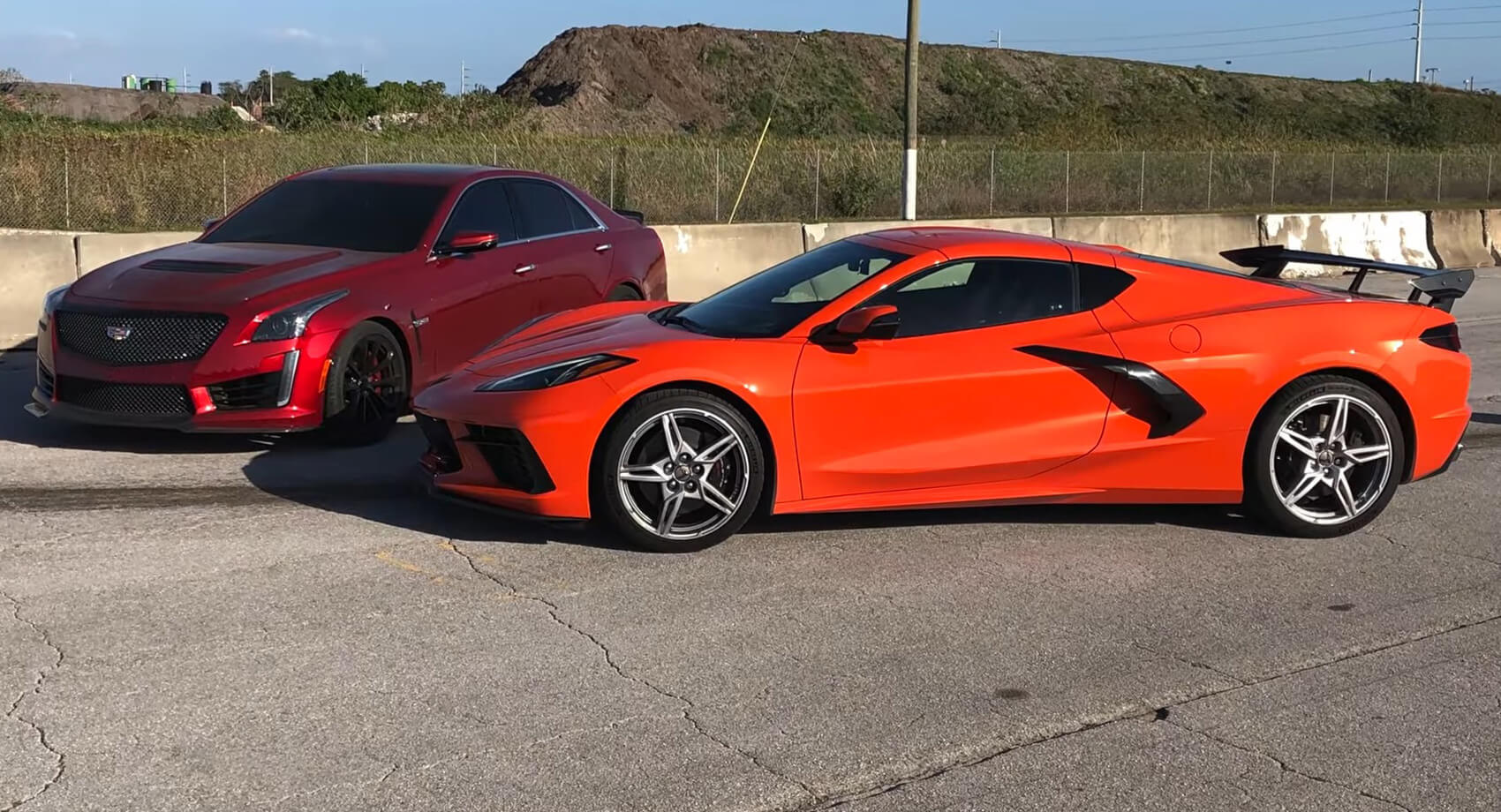 Two of the hottest vehicles GM ever made, the new Chevrolet Corvette and Cadillac CTS-V, touched elbows at the Showtime Speedway in Florida to prove which one is faster in a straight-line acceleration.

The super sedan, which used to roll with the BMW M5 and Mercedes-AMG E63, is more powerful than its younger and sparkier cousin from the bowtie brand, but it does have two extra doors and a generous boot, so it loses the weight game by around 1,000 pounds (455 kg).

Now, as the new Corvette is already an internet sensation, and for plenty good reasons, including that it offers supercar performance in a package that starts at less than $60,000, almost every petrol head knows the numbers by heart.

Now, to make it more interesting, the two cars went against each other from standing and rolling starts, at different speeds. As a bonus footage, you can watch the CTS-V drag race a tuned Chevy Silverado, with around 530 WHP.