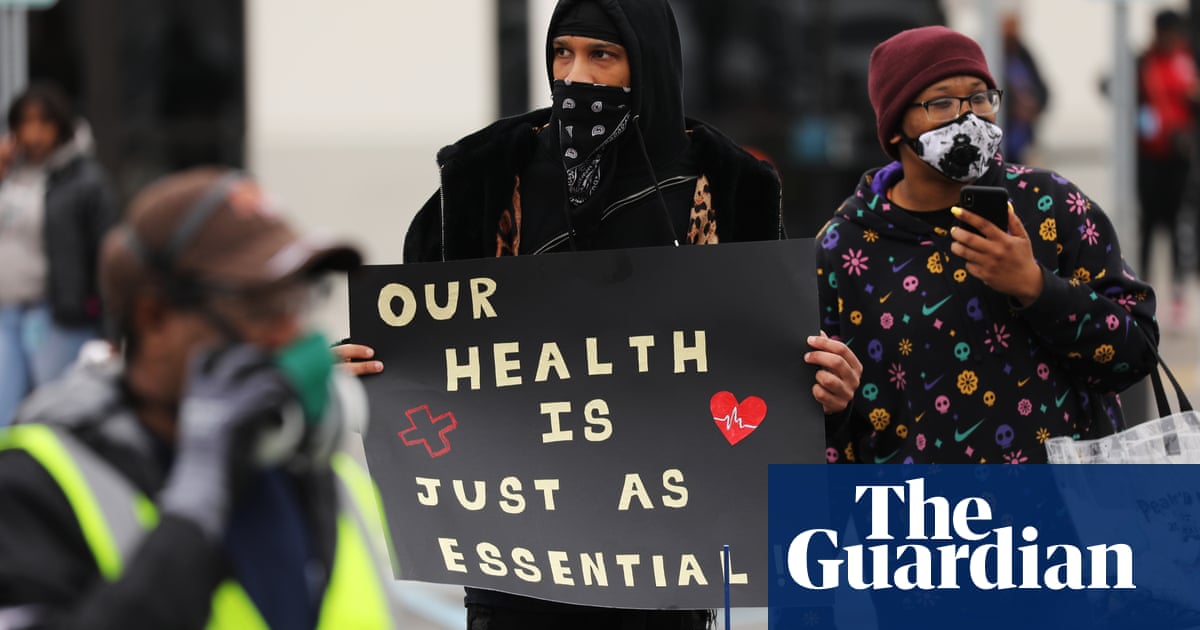 An Amazon worker who led a walkout at a New York City facility on Monday has been fired.

Chris Smalls, an assistant manager and organizer, learned of his termination as dozens of workers protested against the company’s response to the coronavirus outbreak.

“It’s a shame on them,” Smalls told Vice News on Tuesday. “To fire someone after five years for sticking up for people and trying to give them a voice.”

Strikers at the JFK8 warehouse in Staten Island demanded Amazon temporarily shut down the large facility for cleaning, after reports of multiple employees testing positive for Covid-19.

The respiratory disease has infected more than 164,000 Americans and killed more than 3,000, more than died in the 9/11 terror attacks.

The workers also demanded more protective gear and hazard pay as they work through the pandemic.

Amazon confirmed that two workers at JFK8 tested positive and were quarantined. Workers allege that number is understated. In a call-and-response outside the fulfillment center, protesters reportedly chanted: “How many cases we got? Ten!”

In a statement, Amazon alleged Smalls “had close contact with a diagnosed associate” but did not comply when “asked to remain home with pay for 14 days”.

“Despite that instruction to stay home with pay, he came onsite today, 30 March, further putting the teams at risk,” the statement read. “This is unacceptable and we have terminated his employment as a result of these multiple safety issues.”

According to the company’s previous statements, the infected co-worker in question last reported for work on 11 March. Had Smalls been exposed that day, a 14-day mandatory quarantine would have made him eligible to return as soon as 25 March.

Smalls said Amazon did not send him home until 28 March, three weeks after the exposure.

“No one else was put on quarantine,” he said, even as the infected person worked alongside “associates for 10-plus hours a week”.

“You put me on quarantine for coming into contact with somebody, but I was around [that person] for less than five minutes,” he told Vice.

According to Amazon, no one else was fired. Smalls said he was considering legal action, calling it “a no-brainer”.

“Anyone can see this is a direct target,” he said.

Supporters of the protest excoriated the company for firing Smalls, which many said would intimidate workers. Some feared further retaliation.

“I’m considering all legal options and calling on the [National Labor Relations Board] to investigate,” she said in a tweet.

Amazon has insisted it takes “extreme measures” for safety, including deep cleaning and procuring supplies. More than 800,000 workers were offered unlimited if unpaid leave if they felt uncomfortable working.

The company disputed nearly every detail related to the protest, from the number of participants to Smalls’ job title. Organizers claimed more than 60 workers participated. Amazon said 15.

The company said no other participants in Monday’s walkout would be subject to discipline or termination.