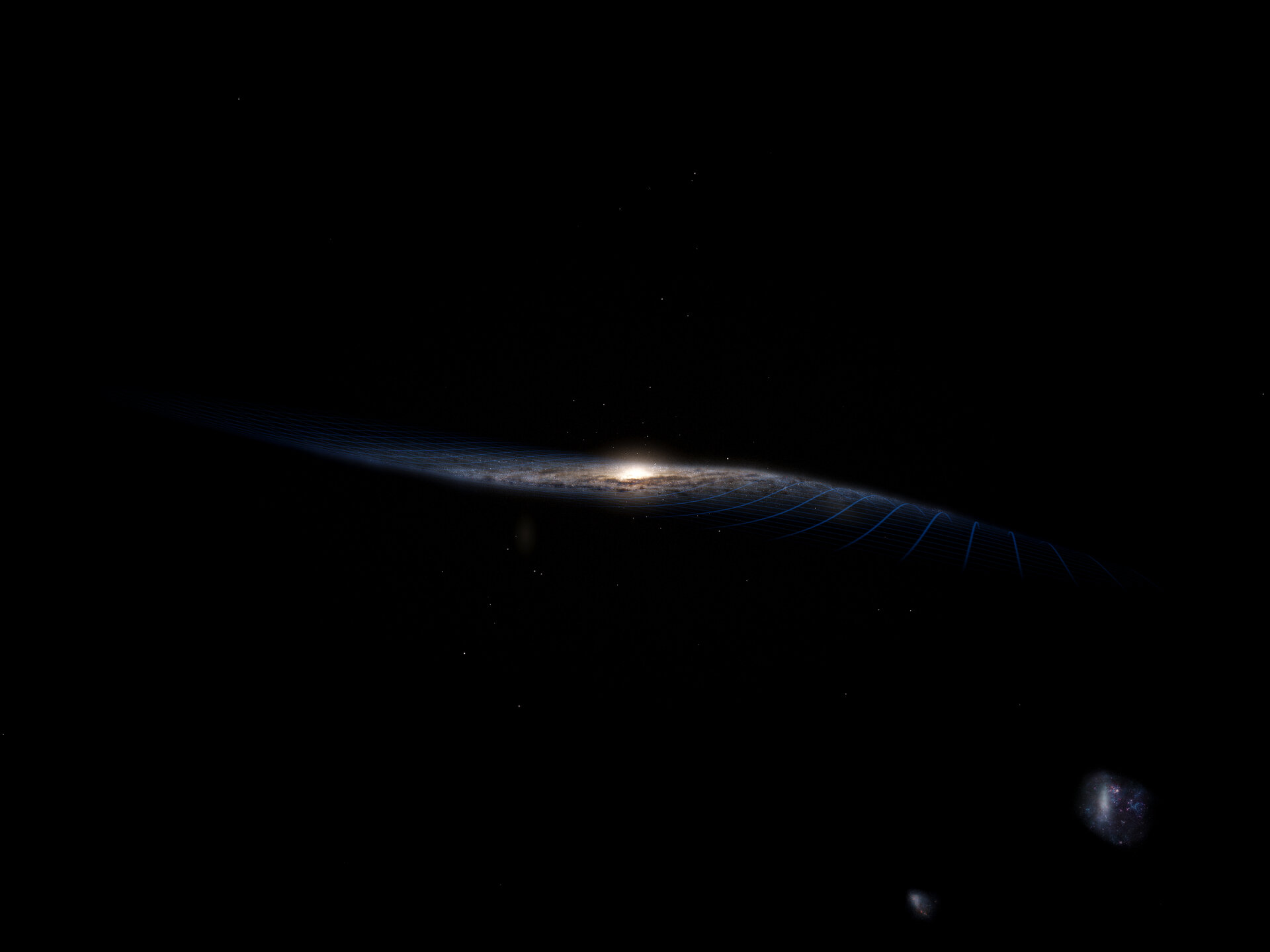 The Milky Way’s warped shape probably is due to a long-running collision with a smaller galaxy. But which galaxy this might be is a mystery.

This insight comes courtesy of the Gaia spacecraft, a European Space Agency mission designed to map the movement of up to a billion stars with high precision.

Gaia zeroed in on the Milky Way’s disc, which curves up on one side and points down on the other, creating a warped shape. The spacecraft’s observations have shown that the warp is moving over time, and quite quickly.

The warp is changing so fast that scientists think that previous explanations for the skewed shape — such as a magnetic field or the influence of dark matter, which we cannot see directly — would not work in this case, as these produce slow-moving changes. So that just leaves a drastic solution: galactic collision.

“We measured the speed of the warp by comparing the data with our models. Based on the obtained velocity, the warp would complete one rotation around the center of the Milky Way in 600 to 700 million years,” lead author Eloisa Poggio, a Ph.D. student at the Turin Astrophysical Observatory in Italy, said in a statement from the European Space Agency. (By comparison, the sun takes about 220 million years to orbit the Milky Way.)

Which galaxy caused this collision remains a mystery. One possible candidate is the dwarf galaxy Sagittarius, which scientists say likely did move through the Milky Way disc a few times in the past. Moreover, current models show that Sagittarius is being absorbed into the Milky Way. But more study will be required to support this possibility.

Gaia has been operating in space for six years. Further data releases later in 2020, and in the second half of 2021, may help to shed more light on this mystery, the team said.

A study based on this research was published in Nature Astronomy.