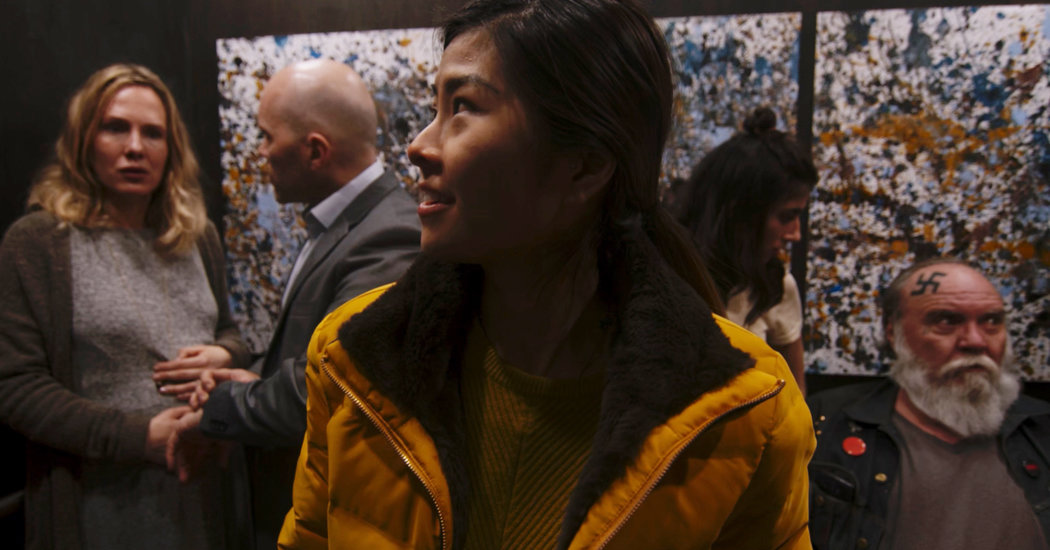 VANCOUVER, B.C. — In between the time the coronavirus started to make headlines but before life shut down to restrain the pandemic, an independent filmmaker conceived, shot and finished postproduction on a movie about the contagion.

Thanks to the availability of relatively cheap digital equipment, there is rarely much lag time these days between real-life events — like Hurricane Sandy in 2012 or the Japanese tsunami in 2011 — and films about them. But this new movie, by Mostafa Keshvari, is unusual in that it was made even as the story is still unfolding.

Keshvari’s 63-minute “Corona” looks at what happens when seven people are trapped in an elevator, only to discover that one of them has Covid-19. The movie is about fear and “a study of society, people and moral choices,” Keshvari, 33, said in recent phone and email interviews about the movie. “We are all in this ride together.”

Vancouver, known as “Hollywood North,” is Canada’s gateway to Asia, and also an epicenter in the country’s Covid-19 crisis. As news reached here of a “Wuhan virus,” there were increasing reports of harassment of Chinese-Canadians and others of Asian heritage. Patronage of Chinese-Canadian businesses dropped by up to 70 percent.

The filmmaker was in an elevator reading the headlines when he had the idea.

“There were just so many incidents,” said Keshvari, who also runs BC Minorities in Film & TV Society, a network for budding artists from minority backgrounds. At the time he embarked on his project, “nobody thought a white person could get it. But the virus doesn’t discriminate.”

In real life, “everyone faces discrimination, all different kinds,” he said, so if he could “bring all these people” together in the film and “trap them,” he thought, then their “true colors come out.”

Starting in late January, he spent two weeks writing the script; the set took 10 more days to create. “We rented a space and we built an elevator,” he said. “Ultralow budget.”

Some cast members he already knew; others he found through word of mouth. The director also left room to improvise. “I told them: ‘Imagine that the actual coronavirus is in this elevator.’”

He wanted the action to unfold in real time, he said. “My struggle was to make sure it was all one shot,” Keshvari said.

Over three days in February, it took nearly 70 takes to pull that off. Money was running out. And time. “It helped with the anxiety of the film,” he said.

Outside, the coronavirus moved fast. “We thought it was just going to pass,” Keshvari said. “No one could have imagined.”

He had planned to submit the film, finished before the city declared a state of emergency, to festivals. “Unfortunately, that’s not the case anymore,” he said, as nearly every such event has been canceled for the foreseeable future. Streaming is the most likely option. The movie “belongs to humanity,” he said.

As for Keshvari’s cast and his crew of 25, he said, so far they are well.