The new generation of the Porsche 911 Turbo S was expected to be one of the most impressive performance monsters of the year and just by reading the numbers, it doesn’t disappoint.

Porsche has finally released an extended gallery of the new 911 Turbo S that includes not only images of its flagship outside a studio but cool technical illustrations as well to show us how it manipulates the air around it. 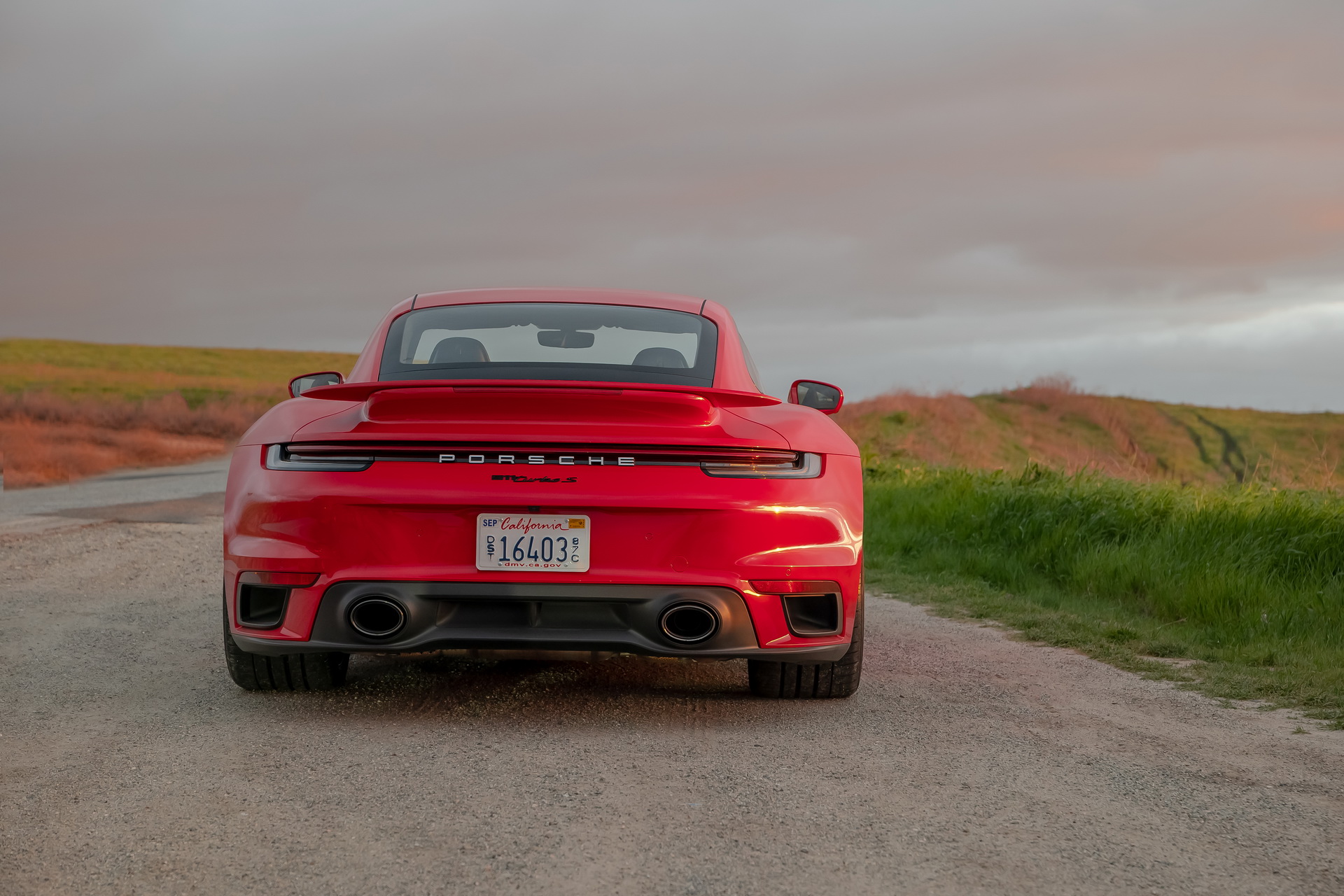 The new engine is still dressed with variable geometry turbochargers, only the new model has them mounted in a symmetrical layout with the compressor and turbine wheels spinning in opposite directions. The wastegates are electronically controlled for faster responses while Porsche also added new fuel injectors for a more controlled combustion process. This makes the engine apparently not only more powerful but significantly more responsive and eager to rev. 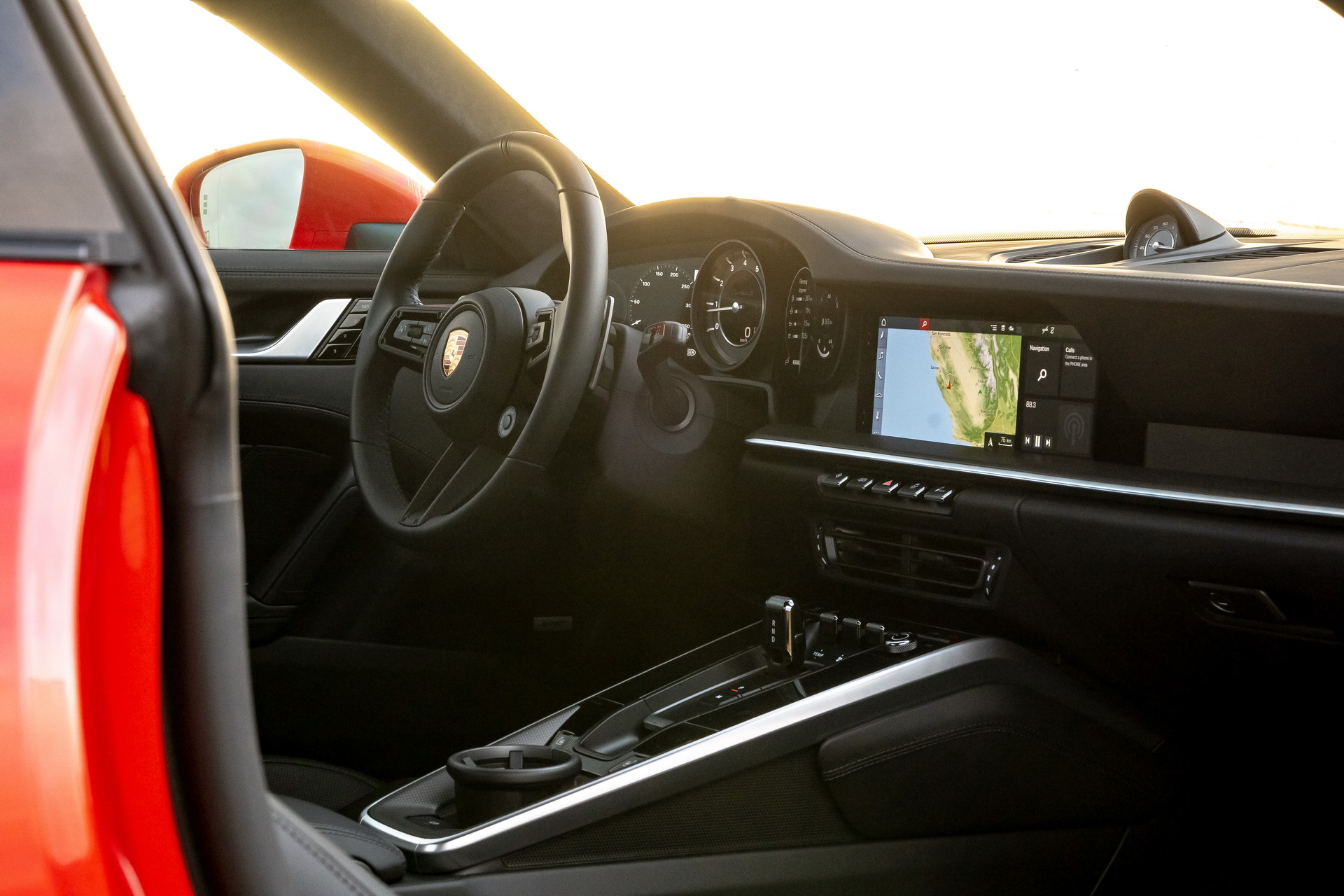 The cooling and intake systems are also completely redesigned, allowing more air into the engine; the new 911 Turbo S features a total of four air intakes for the twin-turbo flat-six – two in the rear fenders and another two on the engine cover.

The new 911 Turbo S features the latest-generation of the PASM chassis, which includes faster and more precisely controlled dampers and rear-wheel steering. The active aero agenda includes a two-stage front spoiler, front bumper intakes and of course a two-stage rear wing. When is Sport Plus mode, the front spoiler and rear wing are fully extended. 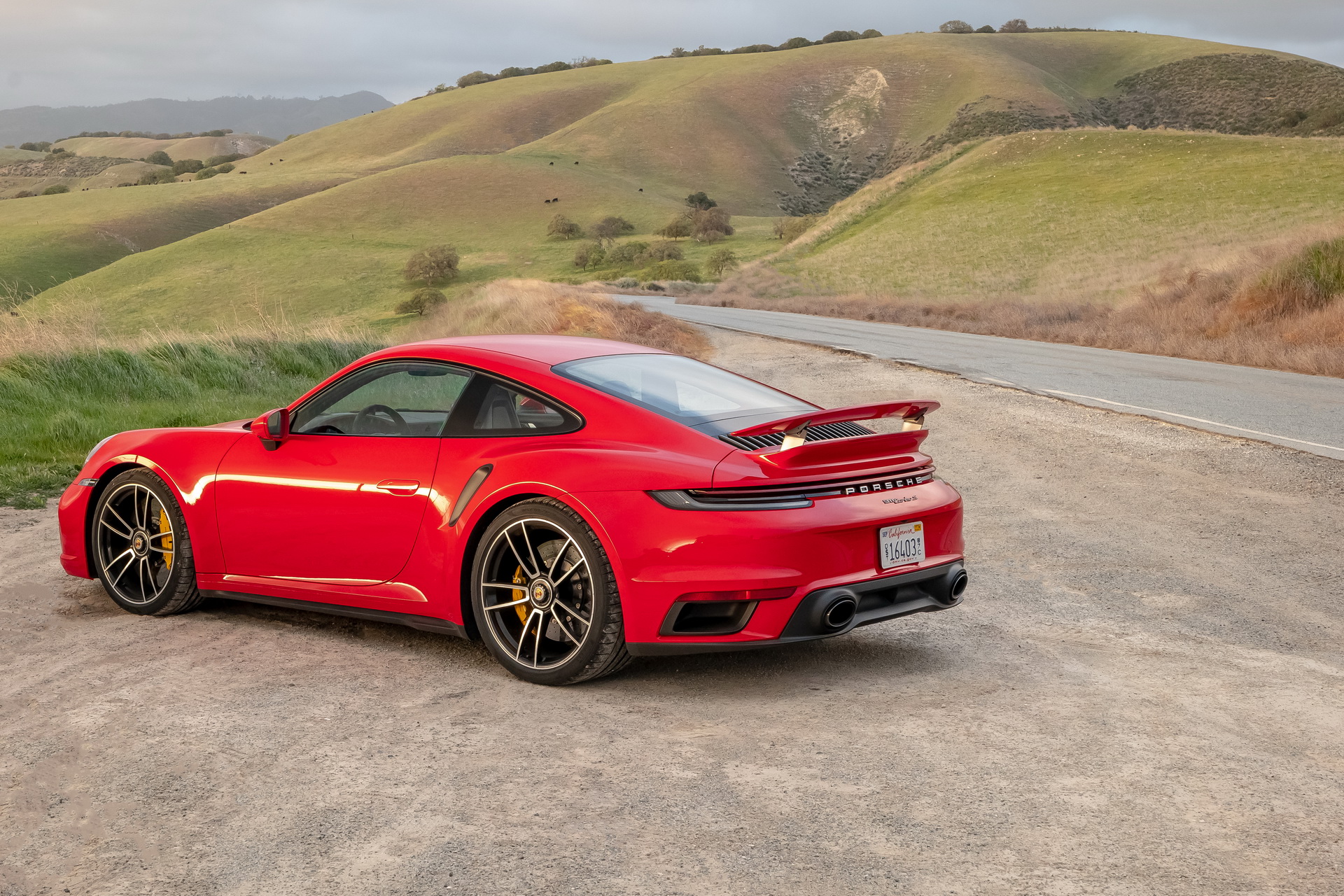 As standard, the new Porsche 911 Turbo S comes with rectangular tailpipes finished in gloss black but customers can opt for a more evocative exhaust system with large oval tips. Porsche will also offer a “sports chassis” option, that further lowers the ride height by 10mm, complementing the standard PASM.