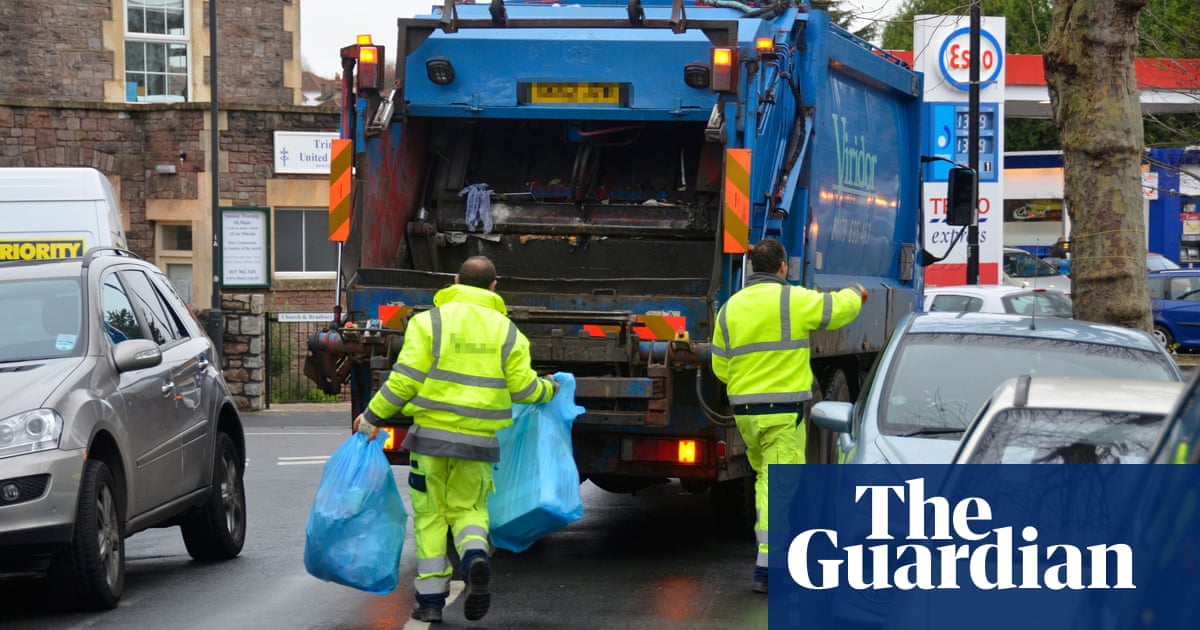 A senior executive at one of Britain’s biggest outsourcing companies has told workers he believes coronavirus is “less severe” than normal influenza in a message explaining why they will not receive any special sickness benefits.

During a negotiation with a trade union last week over sick pay for refuse collectors during the pandemic, a head of human resources at Amey plc, a services company with prison, defence and council contracts and a £2.3bn-a-year turnover, said that “when compared with many other diseases such as normal influenza, the impacts [of Covid-19] on the individual are currently actually less severe”.

The claim was described as “shocking” by the GMB trade union, which was negotiating for better sick pay on behalf of refuse collectors in the London borough of Ealing, where the company has the waste contract. Despite being classed as key workers by the Cabinet Office, the rubbish collectors are only being offered the contractual minimum, which in many cases is understood to be statutory sick pay of £94.25 a week.

Flu has been calculated to be fatal in 0.1-0.2% of cases. Chris Whitty, the UK chief medical officer, has predicted that coronavirus would kill around 1% of the people who contracted it, and there are fears that figure could be higher.

Amey employs 17,000 people in the UK and the email was sent last Thursday, the day the known death toll from Covid-19 hit 578, its largest recorded daily rise at that time. On Monday the figure rose to 1,408, with more deaths not so far recorded from care homes and hospices to be announced on Tuesday.

According to a message seen by the Guardian, Simon Schumann-Davies, head of human resources in Amey’s highways and waste collection business unit, told the GMB’s negotiator: “Ultimately it remains a disease like many others and indeed, when compared with many other diseases such as normal influenza, the impacts on the individual are currently actually less severe; the annual mortality rate for influenza is significantly higher, for example.”

He continued: “That is not a reason for complacency or an indication that we are not treating this outbreak with the utmost gravity. However, the fact remains that at the end of this current crisis, we must continue to have a viable business which can continue to employ your members. To this end, we are applying exactly the same rules regarding sickness benefit as we would for any other condition in that we will be paying contractual entitlement.”

Schumann-Davies acknowledged that concerns raised by workers about the outbreak were “obvious and understandable”, adding: “This is clearly a situation that none of us have had to face before and it would be fair to say that we are all learning as we go along.”

The GMB replied that Amey’s stance meant workers would have to choose between “health or wealth”, because those who need to self-isolate would not be able to afford to do so if they only receive statutory sick pay.

Keith Williams, the GMB organiser for London, replied to Schumann-Davies that the offer was “alarming” and out of step with employers of other workers similarly designated as key workers by government.

“People do not have to self isolate for the greater good for influenza,” Williams told him in the message. “Self-isolating is the key message of the government and the country is in lock down to stop the spread of the virus.

“Amey employees cannot lock themselves away as they are key workers, and therefore they are at greater risk … if people only receive statutory sick pay they are unable to afford to self isolate … There needs to be decency and morality on the part of employers in the current crisis.”

A spokesperson for Amey distanced the firm from Schumann-Davies’ position on the threat posed by the outbreak.

“The email referred to does not reflect Amey’s official position on Covid-19,” they said. “We are resolutely committed to the safety of our employees and the communities we serve, and we can confirm we provide contractual sick pay from day one for any Covid-19 related illness. We are working closely with our clients and mobilising all resources required to protect our employees and prioritise work that supports the government in limiting the spread of Covid-19.”