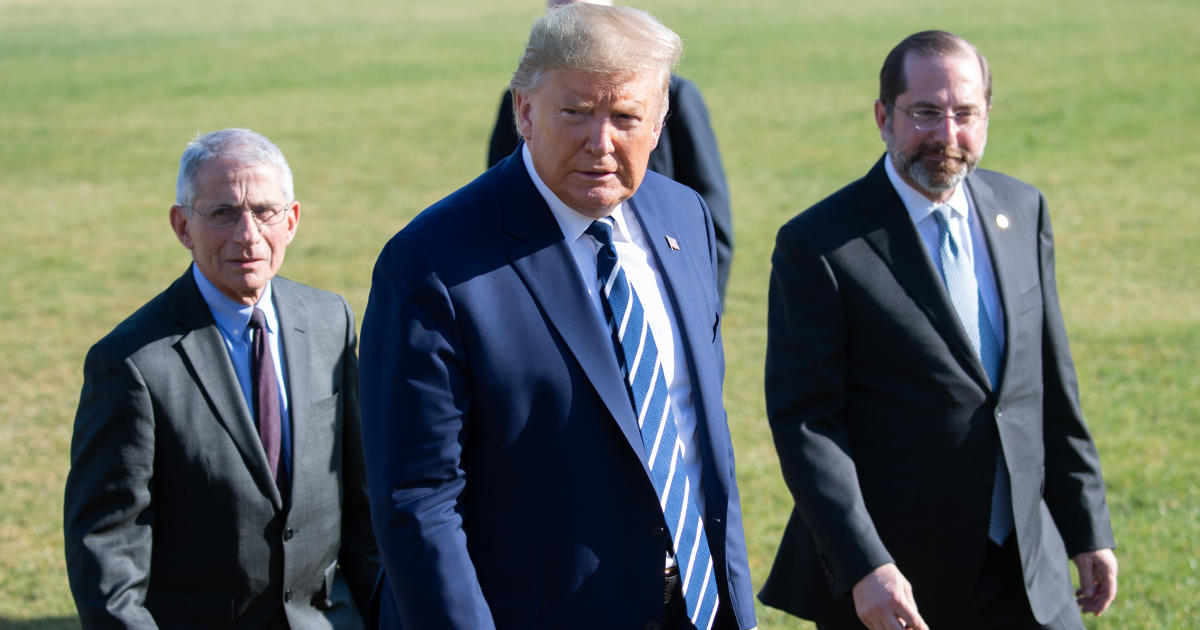 Several rural-state governors alerted President Trump on Monday that they are struggling to obtain urgently needed medical supplies and testing equipment, warning that despite the worsening situation in New York and other urban areas, more sparsely populated parts of the country need help, too.

In response to requests for more testing kits, Mr. Trump said, “I haven’t heard about testing in weeks,” according to an audio recording of the call between the president and governors obtained by CBS News.

During the hour-long call, Democratic and Republican governors detailed how they are struggling to obtain the protective equipment doctors and nurses will need to treat the sick and the test kits needed to determine whether sick residents are suffering from COVID-19.

“We understand the challenges in New York. I have family in New York,” Wyoming Republican Governor Mark Gordon told the president. But, he told Mr. Trump, “I think a little bit of supply going our way could get us better prepared going forward.”

“Good point,” Mr. Trump replied. “Thank you very much, Mark.  If you have a problem, call me. I’ll get you what you need.”

CBS News obtained a recording of the call from a participant shortly after it concluded. Others familiar with the call confirmed some of the details.

Louisiana Democratic Governor John Bel Edwards told the president that New Orleans plans to establish a 1,250-bed field hospital at the New Orleans convention center by Sunday, with the option to add 1,000 beds the following week.

“We’re having a really hard time getting the ventilators that we need,” Edwards said. “We’re pursuing every angle that we have, including requests from the [national] stockpile. We know that testing continues to be an issue, especially the test collection kits. Although this is getting better.”

Responding to Edwards, Trump said, “we’re going to have some additional ventilators coming.”

But other governors warned there are far broader concerns to come.

Montana Democratic Governor Steve Bullock noted that delays in testing state residents could soon overwhelm hospitals in rural population centers and griped that his buying power has been repeatedly “trumped” by the federal government, a far larger customer for supplies and equipment.

“I could give four or five examples over the last week where we have supply orders, and they’ve subsequently been cancelled, and they’re cancelled in part because what our suppliers are saying is that federal resources are requesting it and trumping that,” Bullock said.

Bullock also warned “we’re going to have some real problems” across smaller rural states if they cannot soon obtain the necessary testing equipment. He cited Gallatin County, which encompasses Bozeman, as a population center that is seeing a growing infection rate.

“So we’re trying to shift the supplies to really isolate that and do contact tracing, but we don’t even have enough supplies to do the testing,” Bullock said.

Mr. Trump replied, “I haven’t heard about testing in weeks. We’ve tested more now than any nation in the world. We’ve got these great tests and we’ll come out with another one tomorrow that’s, you know, almost instantaneous testing. But I haven’t heard anything about testing being a problem.”

Navy Admiral Brett Giroir, head of the Public Health Service and overseeing the push to distribute coronavirus test kits, interjected, explaining that the federal government is purchasing for each state at least 15 recently approved test kits that can confirm a coronavirus diagnosis within four minutes.

“We’re going to get that to your state lab as soon as possible,” Giroir said.

A spokeswoman for Bullock didn’t immediately return requests for comment.

Later in the call, New Mexico Democratic Governor Michele Lujan Grisham flagged “incredible spikes” of infection in the Navajo Nation and said that her team is emphasizing contact tracing and infection surveillance near two federal nuclear laboratories in her state.

“If we don’t get that under containment and really be clear about surveillance, I think we have some significant national security issues,” Lujan Grisham warned.

“We’re seeing incredible spikes in the Navajo Nation, and this is going to be an issue where we’re going to have to figure that out and think about maybe testing and surveillance opportunities,” she added later. “The rate of infection, at least on the New Mexico side — although we’ve got several Arizona residents in our hospitals — we’re seeing a much higher hospital rate, a much younger hospital rate, a much quicker go-right-to-the-vent rate for this population. And we’re seeing doubling in every day-and-a-half.”

“Wow. That’s something,” the president replied.

“And it could wipe out those tribal nations,” the governor said.

“We’ll build you that hospital as quickly as we can,” Mr. Trump assured the governor.

He added later, “Oh, boy, that’s too bad about the Navajo Nation. I’ve been hearing that.”

“Yeah, I’m very worried and Mr. President, I appreciate you,” the governor said.

“Thank you very much. I appreciate you,” he said.

Nora Meyers Sacket, a spokeswoman for Lujan Grisham, said that “New Mexico is in a unique position during this public health emergency. Not only is New Mexico a large state by area with many rural populations, including many tribal populations who are being largely left to fend for themselves by the federal government, it is also home to a number of the country’s critical national safety outposts” including the Los Alamos National Laboratory.

“The governor understands that the only way to get a full picture of the spread of COVID-19 is to test as many people as possible, and that is simply not feasible for the majority of states without federal assistance,” Sacket said.

A spokesman for Gordon clarified that Wyoming has no specific concerns so far, but that “by directing some resources to smaller states now, the administration has an opportunity to help Wyoming avoid a situation similar to what is occurring in places where healthcare systems have already had their capacity exceeded.”

During the call, Scalia said the Labor Department is preparing to disburse the money needed to distribute an additional $600 in unemployment insurance to eligible Americans, but noted that some states have antiquated computer systems that might make the digital transfer of the funding tedious.

FEMA’s Gaynor said his agency is distributing millions of face shields, surgical gowns and gloves and at least 8,100 ventilators so far. A flight delivering 80 tons of supplies to the New York metropolitan region arrived Sunday with at least 19 similar flights to various states planned for in the coming days.

“We are sending more everyday and we are working nonstop to acquire and produce even more,” Gaynor said.

Steven Portnoy contributed to this report.