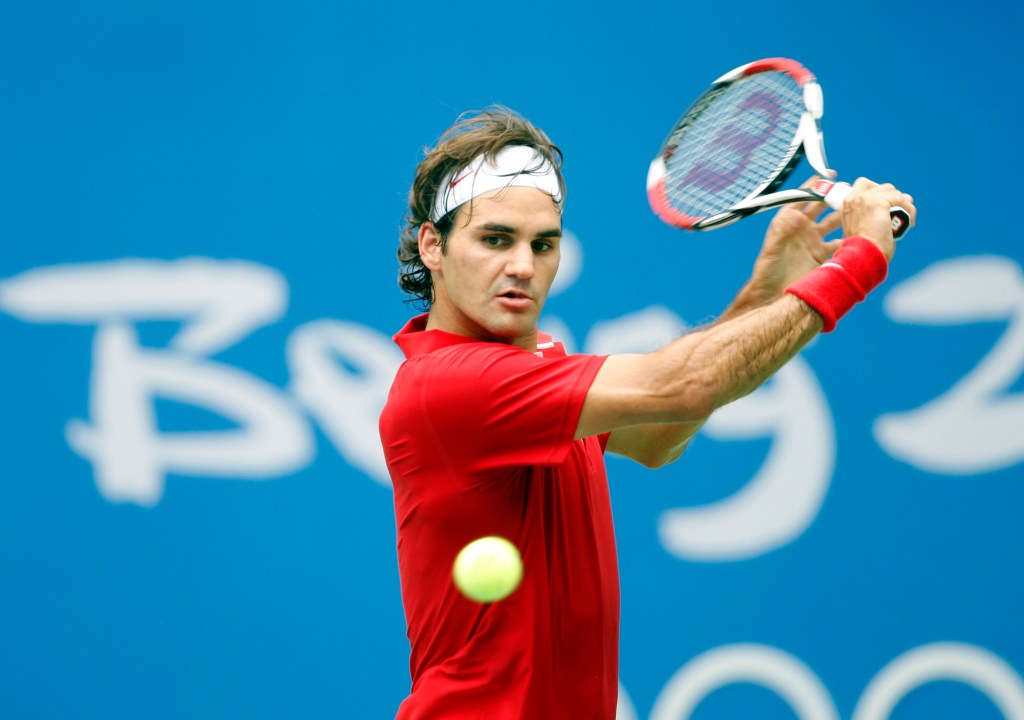 While the rest of us normal humans may be social distancing by sitting at home binge watching Tiger King on Netflix and devouring our entire snack supply in one day, Swiss tennis legend Roger Federer showed everyone that he hasn’t lost his touch with a new video on Twitter. The 38-year-old casually hit shots against a wall between his legs and behind his back with blistering pace — and in the snow no less.

“Making sure I still remember how to hit trick shots #TennisAtHome,” he captioned the post.

Before showing off his tweeners on the internet, the 20-time Grand Slam champion announced that he and his wife Mirka had donated one million Swiss francs to an emergency assistance fund for families in need in Switzerland.

Last week, Spanish tennis star Rafael Nadal announced that he was partnering with two-time NBA champion Pau Gasol to raise 11 million euros to help Spain fight the coronavirus. The pair are working with the Red Cross, and have donated their own money in addition to getting the support of other Spanish athletes like former Real Madrid goalkeeper Iker Casillas and Marc Salles, a field hockey player for Atlètic Terrassa.

Meanwhile, in efforts to social distance, tennis stars around the world are staying home and seem to be just as bored as the rest of us.

23-time Grand Slam winner Serena Williams is now home with her daughter, Olympia, and has been entertaining the two-year-old on Instagram Stories, modeling the outfit she would have worn at the now-canceled BNP Paribas Open and Miami Open tournaments and exercising with her sister, Venus, and comedian Amy Schumer on Instagram Live.

Coco Gauff, the 16-year-old U.S. sensation, is bored and making a lot of trips to her refrigerator, which means I finally have something in common with the youngest player ranked in the WTA top 100.

Heading to my 15th trip to the refrigerator today. Hoping some cookie dough magically appears maybe on trip number 30 it’ll be there.

And Naomi Osaka, the two-time Grand Slam champion and first player from Japan to win a major, put out a statement on Saturday following the postponement of the Tokyo Olympics.

Until then, Osaka is working on a new trade: cooking, according to the Instagram Story of her boyfriend, rapper YBN Cordae.