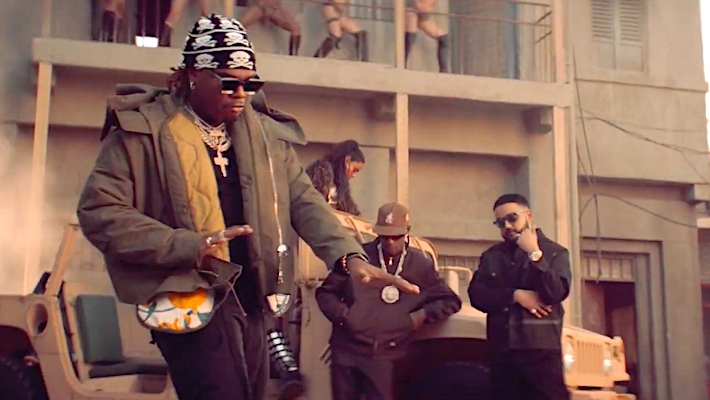 Nav looks like he’s ready for war in his video for “Turks.” The new song, which the Torontonian rapper-producer released four days ago, features guest verses from Gunna and Travis Scott, while the Amir “Cash” Esmailian and Zack Facts-directed video also has a cameo from Young Thug. The video is set in what looks like a military compound with XO flags flying over it (that’s The Weeknd’s label, to which Nav is signed), where Nav, Gunna, and Travis oversee a troop of scantily-clad women as they march in place with rifles at the ready. Throughout the video, Nav fires off his own rifle, while Travis raps from atop an armored personnel carrier.

Nav has become something of a go-to producer for some of rap’s top names over the past couple of years, popping up on releases from Young Thug, Travis Scott, Lil Uzi Vert, and more. Each of those appearances has increased his standing and allowed him to call in favors when he needs guest verses for his own projects. His latest project, Bad Habits, released a little over a year, so it’s not surprising he seems to be rolling out a new project with the release of “Turks.”

Watch the video for “Turks” above.