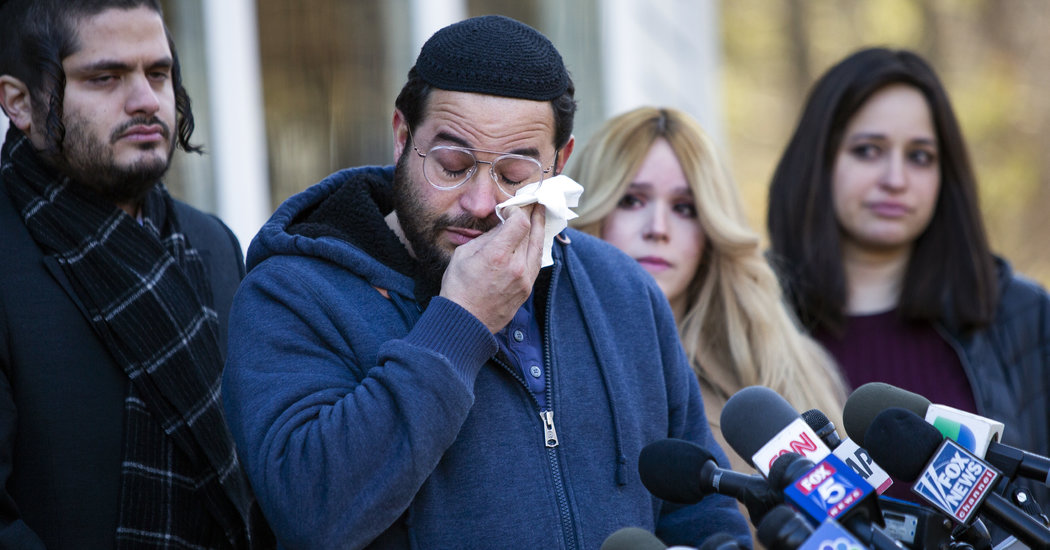 A 72-year-old rabbi who was repeatedly stabbed in the head during an anti-Semitic attack in December succumbed to his injuries and died over the weekend.

The rabbi, Josef Neumann, had been gravely injured in the Hanukkah assault in Monsey, N.Y., the last incident in a spasm of anti-Semitic violence that shocked the New York area last year. The attacks included an early-morning stabbing outside a synagogue in a New York City suburb in November, and a wild shootout that ended with five people dead inside a Jersey City, N.J., kosher market in December.

Less than three weeks after the murders in Jersey City on Dec. 28, Rabbi Neumann and a few dozen other people had gathered in the home of a Hasidic rabbi in Monsey, a hamlet about 30 miles northwest of New York City with a large community of ultra-Orthodox Jews.

Just before 10 p.m., prosecutors said a man barged into the home with a scarf covering his face. “No one is leaving,” the man, Grafton E. Thomas, said before attacking people with a machete, according to prosecutors.

Five people were hospitalized with serious injuries, according to prosecutors. The other four quickly recovered, but Rabbi Neumann was in a coma after the attack.

The rabbi’s death was announced on Sunday by the Orthodox Jewish Public Affairs Council. Yossi Gestetner, a co-founder of the council and a friend of family, said on Monday that he hoped prosecutors would upgrade the charges against Mr. Thomas, who had been initially charged with five counts of attempted murder.

“Certainly the prosecutors should look for the harshest of punishments that the law prescribes and that they can win in court,” Mr. Gestetner said.

In a statement, the Rockland County district attorney’s office said it will seek an indictment on second-degree murder charges against Mr. Thomas. The exact timing of that indictment is unclear because “the Covid-19 issue has slowed down the process,” the statement said.

Federal prosecutors had previously indicated that Mr. Thomas could face the death penalty if Mr. Neumann died. A spokesman for the U.S. attorney for the Southern District declined to comment.

Mr. Grafton, who is believed to be 37 or 38, was arrested shortly after the stabbing by New York City police officers in Manhattan. A machete that “appeared to have traces of dried blood on it” was found under the front passenger seat of his car, according to prosecutors.

Mr. Thomas pleaded not guilty to the attempted murder charges. He was also separately charged with five federal counts of obstructing the free exercise of religion in an attempt to kill. Michael Sussman, his lawyer, said his client is undergoing evaluations to determine if he is competent enough to stand trial.

Rabbi Neumann had been transferred to a nursing home in New City, N.Y., that severely restricted visitor access to patients because of the coronavirus outbreak, according to a person who speaks directly with the family. When the rabbi died, his family was not present, this person said.

Mr. Sussman said the rabbi’s death, while tragic, was perhaps not solely the result of the injuries he suffered during the attack. “We have to make determinations about his medical condition, beyond the injuries,” Mr. Sussman said.

“I think we already know the coronavirus, from everything we read, can prey on people who have weakened immune systems, weakened systems in general,” Mr. Sussman said. “It’s not a huge speculation that this individual would be vulnerable to that.”

A spokesman for the Rockland County district attorney’s office said Rabbi Neumann “succumbed to injuries sustained in the attack.”

The attack highlighted what Gov. Andrew M. Cuomo of New York characterized as a nationwide problem of violent bigotry. “This repugnant attack shook us to our core, demonstrating that we are not immune to the hate-fueled violence that we shamefully see elsewhere in the country,” Mr. Cuomo said in a statement on Monday.

In the statement, Mr. Cuomo said he wanted the state’s proposed legislation defining certain hate crimes as domestic terrorism to be named after Rabbi Neumann.