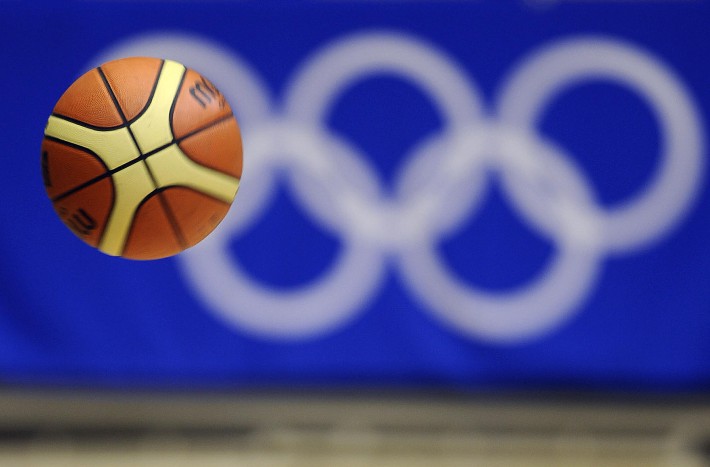 As much of the world and everyday activities stay on pause while the coronavirus outbreak impacts communities across the globe, the actual calendar continues to turn as days and weeks of social distancing have a real impact on schedules of all kinds. The uncertainty regarding how long people need to avoid crowds has created anxiety in a variety of ways, and those involved in organized sports in particular are stuck with a nearly unprecedented problem.

For leagues like the NBA, the question is slowly becoming one of balance: how important is it to finish the currently paused season compared to the importance of starting the 2020-21 season on schedule?

After postponing the 2020 Olympics officially a week ago, the International Olympic Committee announced on Monday that the new dates for the Tokyo Games will run from July 23 to August 8 of 2021.

FIBA, the international basketball governing body, then released a statement saying the organization would work to find the “best solution” to the ongoing scheduling problems that are plaguing basically all sports around the world.

The problem is relatively simple: no entity wants to outright cancel anything, but as the calendar keeps moving and guidelines for conducting public gatherings safely continue to be fluid, everyone involved is running out of time. The NBA season is still considered postponed, not outright canceled, which means the league may still try to hold a postseason of some kind this summer. The next NBA season, presumably, would start up again in November or maybe even as late as Christmas Day, and everything in between — the Draft, free agency, training camp and maybe even Summer League — would need to happen in proper order to avoid further disruptions.

Meanwhile, FIBA still needs to hold qualifying tournaments for the Olympic games, both in traditional 5-on-5 and the new 3-on-3 events slated for the Tokyo Olympics. While NBA players may simply be unable to participate in those given the timing of the Games and when the NBA season traditionally ends, that may not be the case come next summer if the NBA alters its schedule considerably.

As New York Times reporter Marc Stein laid out in his NBA newsletter last week, the NBA and pro sports in general will have a tight window to getting everything in that most owners would like before they start to impact league schedules moving forward.

Good luck predicting now what sort of squad (or coaching staff) will be available next year. If it becomes feasible for the N.B.A. to restart in June or July, it’s quite possible that the beginning and end dates of the 2020-21 season will be pushed back and could overlap with the delayed Olympics. So it’s no stretch to say that Olympic basketball itself may face an uncertain future — with little appetite in league circles to spend much time on it now when so many domestic issues are unresolved.

If the NBA tries to finish the regular season and playoffs currently on hold — a notion that seems more unlikely by the day — it could have a significant impact on what the next season looks like and even prevent NBA stars from participating in the games a full 16 months away. As Stein indicated, those involved in making league decisions may not have the luxury of worrying about the Olympics at all, but as social distancing guidelines keep getting extended and it becomes clear folks will be hunkering down for the long haul, the ticking clock makes it very clear that something will have to be canceled or left out of the traditional sports calendar in the immediate future, and perhaps impacting the long-term calendar in ways we may not be willing to understand right now.