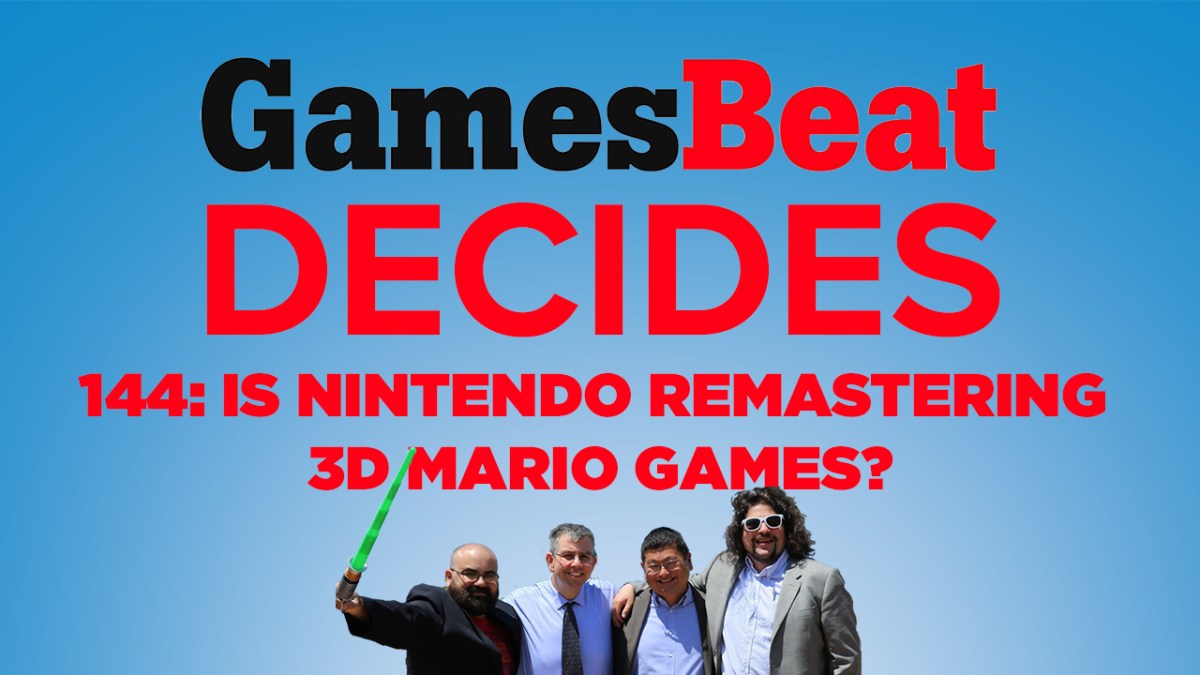 Mario is turning 35 years old this year. And as everyone knows, you celebrate a 35th anniversary with the gift of remasters.  And that’s apparently Nintendo’s plan. The company is remastering 3D Mario games like 64, Sunshine, and Galaxy and bringing them to Switch. And on this week’s GamesBeat Decides, reviews editor Mike Minotti and PC gaming editor Jeff Grubb breaks down that news and more.

Mike and Jeff then spend more time talking about Animal Crossing: New Horizons, which continues to save their lives. Mike has also spent time with Doom Eternal and Bravely Default II’s demo. Jeff played some Roundguard and Good Job.