Ford and GE Healthcare have announced plans to build 50,000 ventilators in the next 100 days.

The two companies will build a ventilator designed by Airon Corp and it will be known as the GE/Airon Model A-E.

This particular ventilator operates on air pressure and can be used without electricity. This makes it ideal as it could potentially see use in makeshift field hospitals. 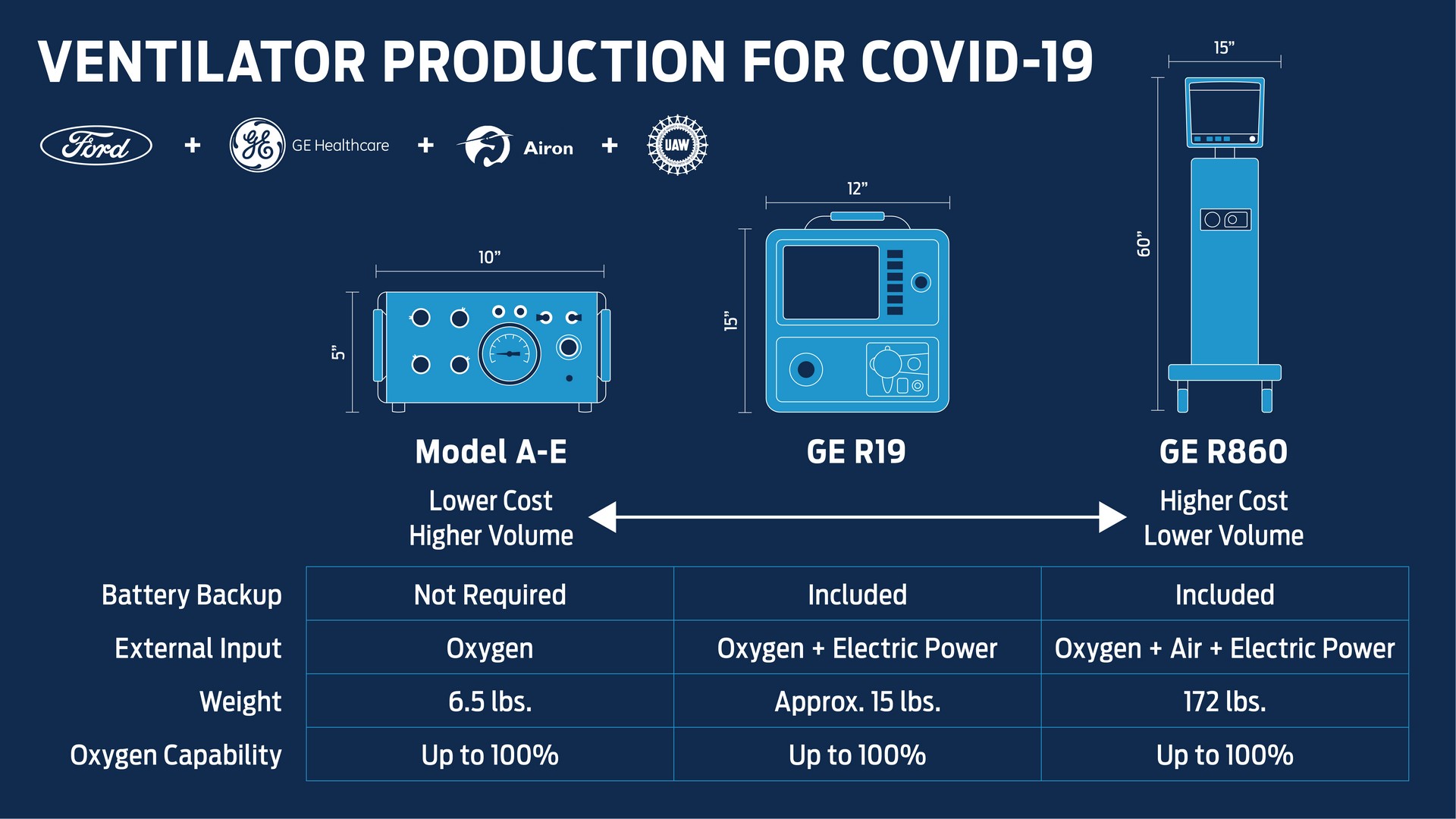 While Airon only builds approximately three ventilators a day at their facility in Florida, Ford is sending a team to help them increase production. More importantly, the automaker is gearing up to produce the ventilator at their Rawsonville Components Plant in Ypsilanti, Michigan.

Production at the plant is slated to begin in mid-April and Ford expects to build 1,500 ventilators by the end of the month. 12,000 will be built by the end of May and 50,000 by July 4th. Ford says this will help the U.S. government achieve its goal of producing 100,000 ventilators in 100 days. Furthermore, after the first 50,000 units are built, Ford can make an additional 30,000 monthly if needed.

The Rawsonville plant will have three shifts staffed by 500 paid UAW employees who have volunteered for the assignment. The company says they’ll be working “nearly around the clock” and, at full production, the plant will be capable of making 7,200 Model A-E ventilators every week. 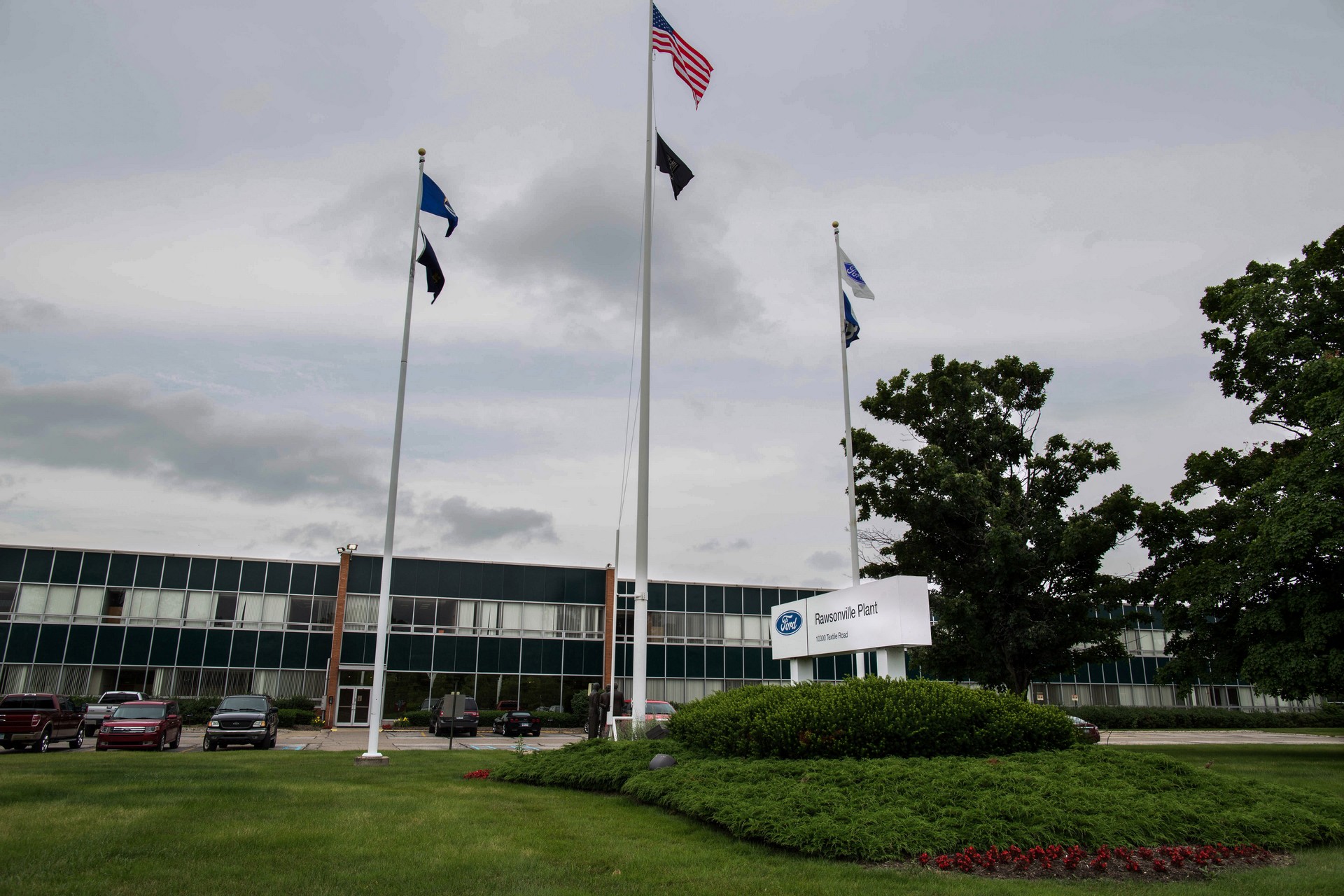 In a statement, Ford CEO Jim Hackett said “The Ford and GE Healthcare teams, working creatively and tirelessly, have found a way to produce this vitally needed ventilator quickly and in meaningful numbers.” He added, the partnership can “help health care workers save lives and that’s our No. 1 priority.”

The plan to build Airon designed ventilators is separate from the previously announced plan to make a simplified ventilator designed by GE Healthcare. Ford says this dual approach will help them address the surge in demand for ventilators more quickly.

Honda Is Stepping Up As Well 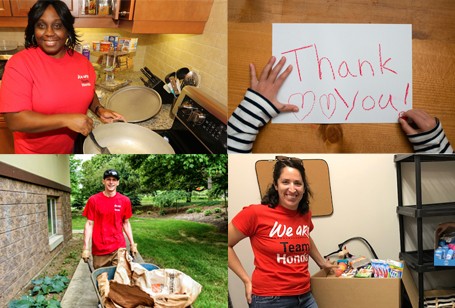 Ford isn’t the only automaker helping to battle the coronavirus as Honda revealed it will be donating $1 million to food banks and meal programs across North America. The company has also taken an inventory of their personal protective equipment, including N95 face masks, and donated much of it to healthcare providers.

Furthermore, Honda is using its 3D printers to build visors for protective face shields. The automaker is also investing their “ability to meet critical manufacturing needs related to medical equipment, including partnering with other companies.”