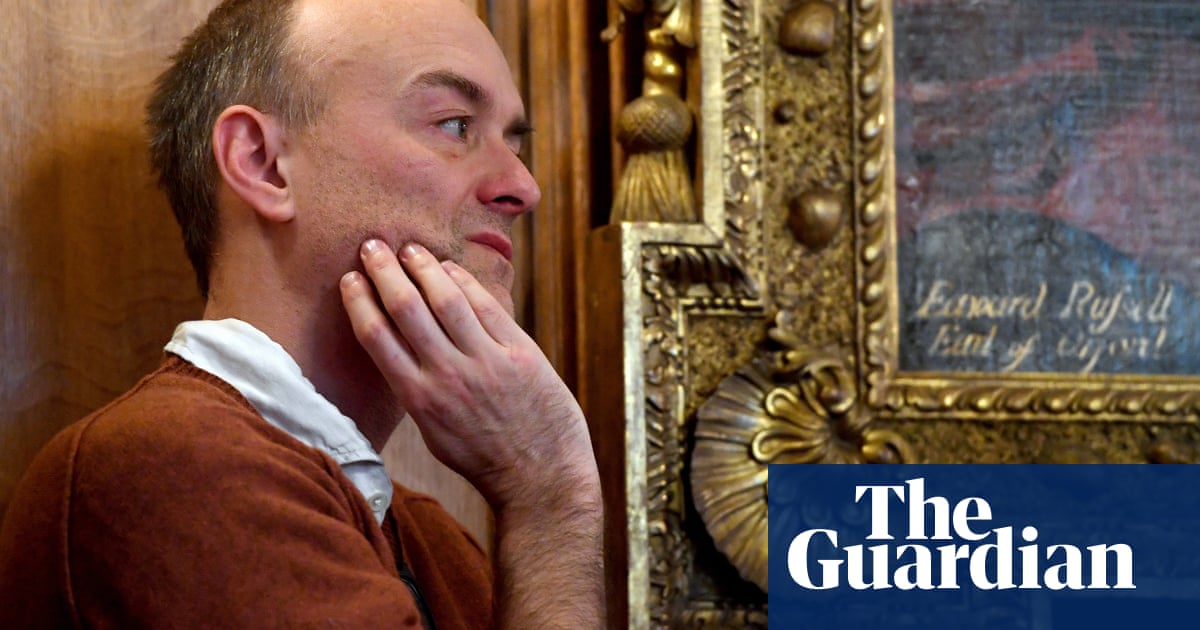 Former civil servants with emergency planning experience have been asked to return to Whitehall to help the government response to coronavirus as Dominic Cummings developed symptoms, Downing Street confirmed on Monday.

Boris Johnson’s key adviser, who was last spotted as he jogged through Downing Street on Friday, suffered mild symptoms over the weekend, Whitehall sources said.

The prime minister, the health secretary and the chief medical officer are already self-isolating after developing symptoms towards the end of last week.

Cummings, 48, a father of one, is believed to be recovering in his family home in north London with his wife, Mary Wakefield, an editor at the Spectator.

A self-styled political disruptor who helped lead Britain’s pro-Brexit referendum campaign in 2016, he has been blamed for briefing journalists that the UK was seeking herd immunity against the coronavirus. The government and its scientific advisers deny that was ever their strategy.

Last week, Downing Street rejected as “a highly defamatory fabrication” a claim that Cummings initially argued against strict measures to contain coronavirus in a view summarised as “if that means some pensioners die, too bad”.

The former special adviser to Michael Gove and Vote Leave campaign director will now have to spend at least a week in quarantine, according to Public Health England guidelines.

His absence from the centre of government comes as former senior civil servants with emergency planning experience were drafted in to No 10 to help with the government’s response.

Downing Street said that ex-senior civil servants have been asked to return to Whitehall as the government seeks to coordinate its response to the virus. “In No 10 and across government we have put in place contingency plans to ensure we can carry on working throughout this outbreak and to ensure we have all the capacity we need to lead the nationwide response,” Johnson’s spokesman said.

A Whitehall source said there has been a “long-term problem” with staff retention in the senior civil service. “Staff shortages and absences through illness have led to a lack of experienced hands,” the source said.

In a further development, the government announced that an experienced mandarin, Alex Chisholm, has been appointed second-in-command of the British civil service and given the task of overseeing Johnson’s reforms.

Civil service reform has been a key objective of Cummings, who believes Whitehall is responsible for many policy failures. In a blog post earlier this year, Cummings called for “weirdos and misfits” to join the civil service but his approach backfired when one new contractor, Andrew Sabisky, soon quit after controversial previous comments over eugenics were unearthed.

Chisholm, 52, will succeed John Manzoni, who was chief executive of the civil service and permanent secretary at the Cabinet Office, and will take the title of chief operating officer.

Johnson tested positive on Friday for coronavirus and is self-isolating in Downing Street. He said he had experienced mild symptoms over the previous 24 hours, including a temperature and cough, but continues to lead the government.

The government has faced criticism from public health experts for failing to heed its own advice to the public on how to contain the coronavirus through physical distancing.

The Scotland secretary, Alister Jack, who sat between Johnson and Hancock at prime minister’s questions on Wednesday, confirmed at the weekend that he had a cough and a temperature – common symptoms of coronavirus – and would remain at home, making him the third cabinet minister to go into self isolation.

Parliament has now closed for four weeks as the start of the planned Easter recess was brought forward because of concerns about the spread of the virus. MPs and peers will not return until 21 April at the earliest and even then it night not be business as usual.

The Speaker, Lindsay Hoyle, said that “virtual parliament and virtual select committees” could be a possibility as he announced the extended recess on Wednesday evening.