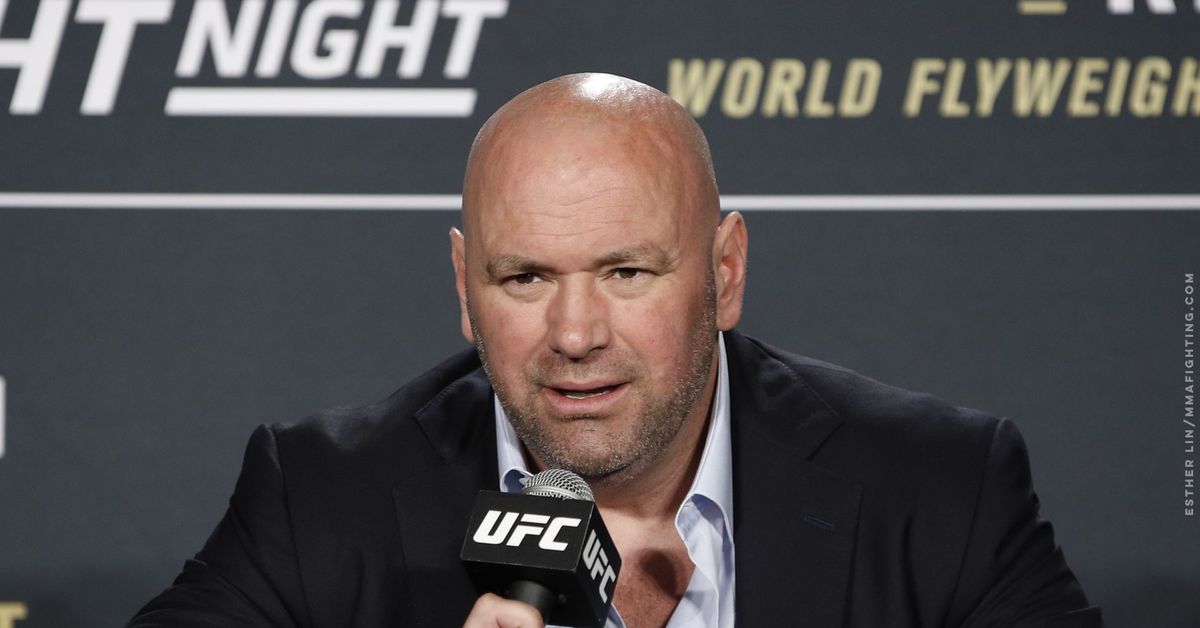 The UFC 249 main event is in jeopardy, but Dana White is determined that the show must go on.

With UFC lightweight champion Khabib Nurmagomedov stuck in Russia due to a travel ban because of the ongoing coronavirus pandemic, his fight against Tony Ferguson may not happen on April 18 as scheduled.

The UFC has already tapped Justin Gaethje as a potential replacement to face Ferguson on short notice but nothing has been signed yet. Regardless of Nurmagomedov’s participation or Gaethje stepping up to take on Ferguson, the UFC president promises that he’s still going to put on a show in less than three weeks’ time.

“The challenges are that every time I get something figured out, I wake up the next day and the world has completely changed again,” White told the Heavyweight podcast. “Everything that I work hard on the day before, me and my crew, has now fallen apart. It literally just happened to us again today. I woke up today and Khabib Nurmagomedov is in Russia and they just shut down all travel in and out of Russia.

“I woke up this morning and the whole world f*cking changed again. So back to the drawing board and we’re figuring this out right now as we’re speaking right now, I have people working on this thing as we speak. Listen, I am absolutely f*cking relentless and I said that this fight is going to go on and it will.”

The biggest concern facing White right now is finding a main event that could come close to replacing the highly anticipated showdown between Nurmagomedov and Ferguson.

He’s also taking considerable criticism for planning to promote a card on April 18 with almost the entire world shut down due to the coronavirus outbreak.

Despite any reservations about the health and safety of the fighters or staff working a closed doors event, White says everybody involved understands the potential risks and wants to move forward with UFC 249.

“We go overboard with everything all the time,” White said about medical precautions taken for the fighters. “Think about this … in the 20-year history that I’ve been involved and before me, there’s never been a death or serious injury. That’s crazy. Cheerleading can’t say that. We go completely overboard with health and safety even before the coronavirus. The health and safety part is nothing new to us. It’s now just trying to be able to maneuver as the world continues to freak out and lose their mind over this coronavirus stuff. All my fighters want to fight. My staff wants to work. Everybody who’s involved in what I’m doing is absolutely willing and able to do this.

“The thing is with my fighters, when they’re with me, they’re getting the best medical attention they could possibly get. Better if they were home alone by themselves or whatever their situation is. I’ve reached out to everybody, not just my employees that work for me, but my fighters, too — if them or a loved one becomes ill and needs me, I’m here. I will do everything in my power to help and take care of them. That’s a given always. This fight will go on.”

As he continues to work on a location and venue for the event, White will keep details shrouded in secrecy until the time comes when he wants to make an announcement.

“A lot of these media guys are absolute and total f*cking scumbags. As soon as you let them know what you’re doing, all they’re trying to do is f*ck up everything that you’ve worked,” White said.

“So I literally told everyone of these guys to go f*ck themselves and I’m not telling any of them what I’m doing, where I’m doing it but know this — the fight is happening on April 18, some where on planet f*cking Earth and when you need to know, I’ll let you know.”