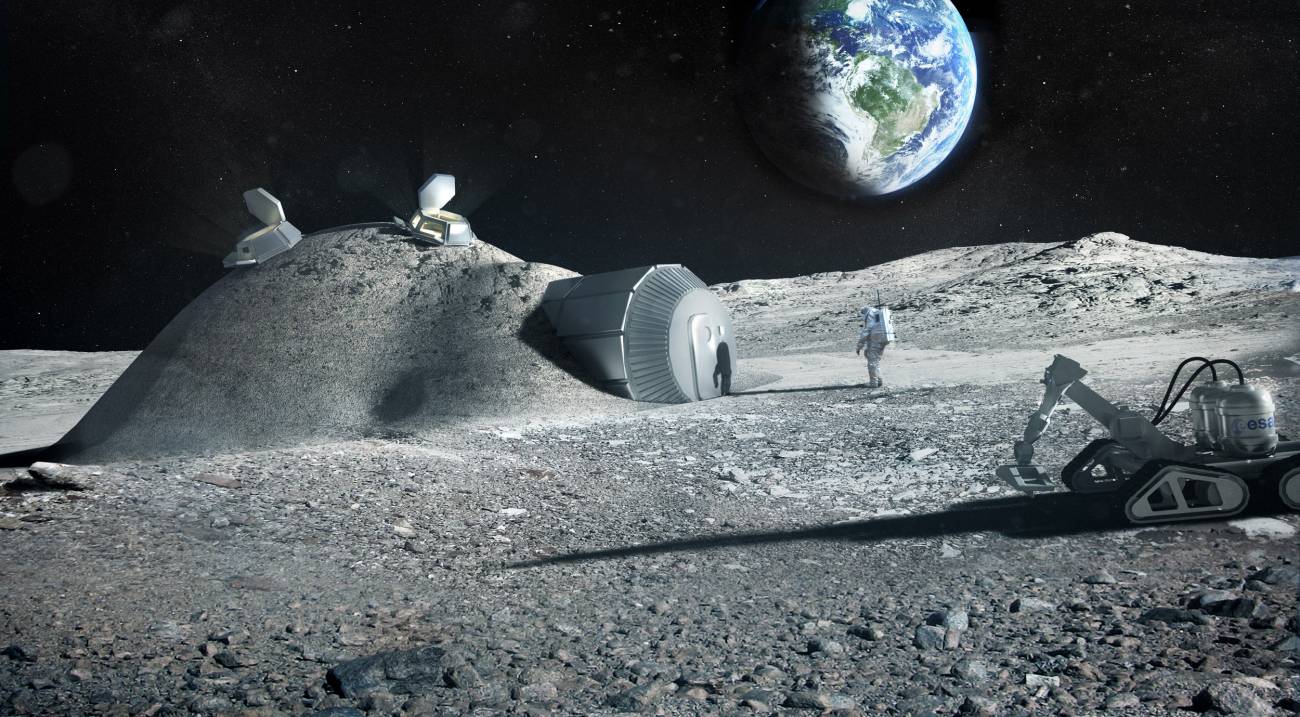 When humans return to the moon to stay, where will they live? Well, it turns out they might live in lunar bases made of astronaut pee.

In a new study, researchers have found that urea, the major organic compound found in human urine, could be useful for making concrete for lunar structures.

Obviously, many people might immediately think: Why!? We seem to have no issue making concrete without urine in it here on Earth, why would urea be important in making concrete on the moon?

Well, the surface of the moon is a lot harsher than the Earth’s surface. From extreme temperature fluctuations to radiation and the occasional meteorite impact, future astronauts living on the moon’s surface will have to endure much more intense conditions. This means that the buildings they live in will have to be able to withstand the pitfalls of this unique environment.

Additionally, when considering lunar building materials, researchers have to consider how heavy it might be to transport from Earth to the moon and whether it can be 3D printed, because scientists are currently considering 3D printing as a method for building on the lunar surface.

In this new study, researchers from Norway, Spain, the Netherlands and Italy, in cooperation with the European Space Agency (ESA), conducted a number of experiments testing the use of urea from human urine as a plasticizer — a substance that can be added to materials like concrete to make it more flexible before it hardens.

To create and test the use of urea as a plasticizer, the team used a material developed by ESA that is similar to lunar regolith, or loose material from the moon’s surface. They tested the material with urea and with other plasticizers, seeing how much weight it could support, testing its resistance after heating the materials to 176 degrees Fahrenheit (80 degrees Celsius) and went further to test it after repeatedly freezing and thawing it to replicate the extreme temperature cycles that happen on the moon’s surface.

Related: How to pee in space (and what to do if the toilet breaks)

“We have not yet investigated how the urea would be extracted from the urine, as we are assessing whether this would really be necessary, because perhaps its other components could also be used to form the geopolymer concrete,” Anna-Lena Kjøniksen, one of the researchers from the Norwegian university, said in a statement. “The actual water in the urine could be used for the mixture, together with that which can be obtained on the Moon, or a combination of both.”

The team found that samples that used urea as a plasticizer were able to support heavy weight, remain stable and keep their shape. So, while the team will be testing this concept further to figure out what the best building material for future lunar structures will be, they got some promising results with this study.

This work was published Feb. 20 in the Journal of Cleaner Production.