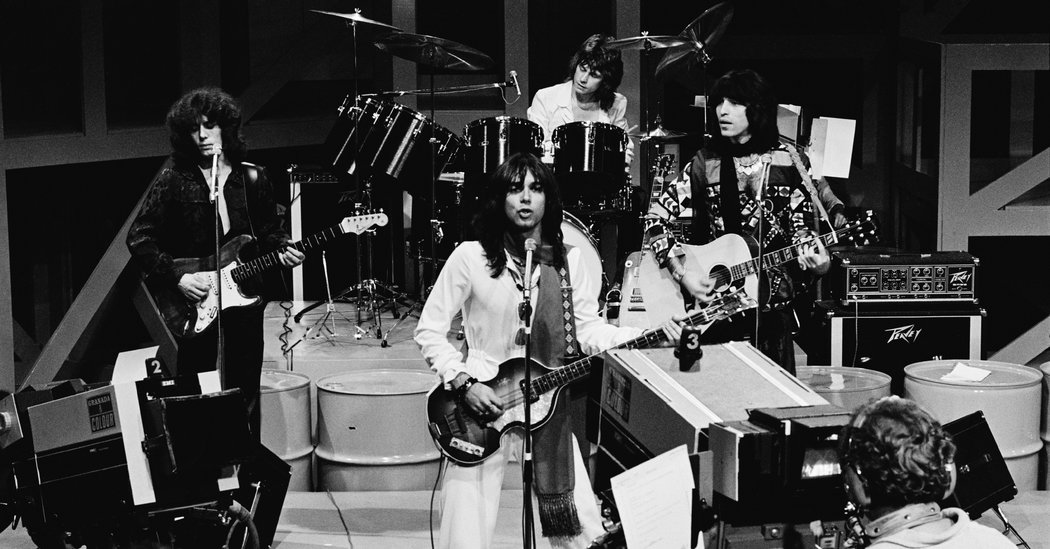 Alan Merrill, a guitarist and singer whose song “I Love Rock ’n’ Roll” became Joan Jett’s breakthrough hit, and who had early success as one of the few Western rock stars in Japan in the late 1960s and early ’70s, died on Sunday in Manhattan.

The cause was complications of the coronavirus, his daughter Laura Merrill said. She said he was 69, although some documents indicate that he may have been 71.

“I was just at his show a couple of weeks ago,” Ms. Merrill wrote in a post on Facebook announcing his death. “He played down the ‘cold’ he thought he had.”

Mr. Merrill grew up in a family that was deeply connected to the music industry. His parents were both noted jazz musicians: His mother, Helen Merrill, is a singer; his father, Aaron Sachs, was a saxophonist and clarinetist who died in 2014.

As a teenager, Mr. Merrill played in rock bands, and in the 1960s auditioned to join the band the Left Banke as a guitarist. In the summer of 1968, Mr. Merrill moved to Toyko, where his mother had been living.

There he saw on television mop-topped, Beatles-esque bands like the Tigers playing to crowds of screaming teenage girls.

“It was like an alternate universe where everybody’s Asian, but I think I can get in here somehow,” he recalled thinking in an interview with The New York Times in 2017.

Through his mother’s connections in the music business, Mr. Merrill began playing guitar in Japanese rock bands. He joined the Lead, whose members were all Westerners. It had a hit in 1968 with “Akuma Ga Kureta Aoi Bara,” which Mr. Merrill sang in Japanese, though he did not speak the language.

He recorded two solo albums in Japan: “Alone in Tokyo” (1971), in Japanese, which yielded another hit, “Namida” (“Teardrops”), and “Merrill 1” (1972), in English. At the same time, he played with the popular glam-rock group Vodka Collins, and acted in a television soap opera, “Jikan Desuyo.”

But by 1974 — after a disagreement with his talent manager, he said — Mr. Merrill left for London, where he helped start a new glam-pop band, the Arrows; he was its singer and bassist. The group had a Top 10 hit in Britain in 1974 with “Touch Too Much.” A single the next year, “Broken Down Heart,” was unsuccessful, but its B-side, “I Love Rock ’n’ Roll,” written by Mr. Merrill and Jake Hooker, the guitarist for the Arrows, would become a classic.

The song caught the ear of Ms. Jett, who recorded it for the first album with her band the Blackhearts, releasing it in 1981. It held the No. 1 spot on the Billboard Hot 100 chart for seven weeks the following year, and — with a few tweaks to place the song from a woman’s point of view — launched Ms. Jett’s career as a tough-talking rock star.

“I can still remember watching the Arrows on TV in London and being blown away by the song that screamed hit to me,” Ms. Jett recalled in a Facebook post on Sunday.

In a 2009 interview with the website Songfacts, Mr. Merrill described “I Love Rock ’n’ Roll” as a “knee-jerk response” to the 1974 Rolling Stones song “It’s Only Rock ’n Roll (But I Like It),” and to Mick Jagger’s elite social circle.

“I almost felt like ‘It’s Only Rock ’n’ Roll’ was an apology to those jet-set princes and princesses that he was hanging around with — the aristocracy, you know,” Mr. Merrill said. “That was my interpretation as a young man: OK, I love rock ’n’ roll.”

Allan Preston Sachs was born in New York on Feb. 19, either in 1949 or 1951, and grew up in the Bronx. His extended family also included the songwriter Laura Nyro, to whom he was related through a relative’s marriage. He and Ms. Nyro, who died in 1997, referred to each other as cousins, and in his teenage years he often went to her apartment after school to watch her compose songs.

After the Arrows disbanded in 1977, Mr. Merrill played with Rick Derringer and Meat Loaf, and in 1985 released a solo album on the Polydor label, titled simply “Alan Merrill.” Vodka Collins reunited in the 1990s and released three new albums, and Mr. Merrill became a fixture in the New York rock world, playing widely and building a reputation as a raconteur telling stories of his own singular career.

In addition to his mother and daughter, Mr. Merrill is survived by his wife, Joanna Lisanti; another daughter, Allegra Soler; and a son, Allan Sachs-Ambia.