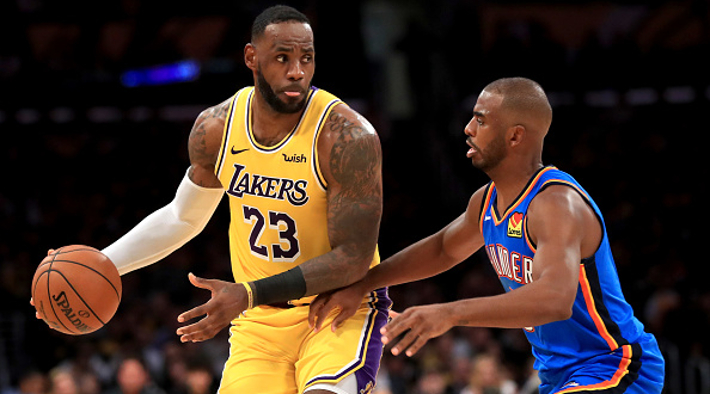 With social distancing guidelines now in effect through April 30 at the least, the hopeful return of the NBA season continues to be pushed back. With players not able to return to practice facilities until, it now seems, May at the earliest, one would assume early June is now the absolute soonest the season could start up again — and even that seems overly optimistic.

As such, there are many ideas being floated about how the league could proceed if they are put into a serious time crunch and cannot restart until much later in the summer. While the league hopes to finish out the regular season (with approximately 17 games remaining for teams) and play out the playoffs, the timing might not make that possible. It could be an opportunity for the league to tinker with tournament ideas as they continue to kick around the idea of a midseason tournament — we have suggested looking at a pool play style tournament to seed a 12-team postseason.

Others, like LeBron James, have suggested a possible play-in tournament for teams on the playoff bubble for the final two seeds. The league has not indicated that any of those are seriously on the table at the moment, but there are surely contingency plans being put in place. One of those is starting, immediately, with the playoffs and just going with seeding as it stands now. If that were to happen, the good folks in Las Vegas are prepared, as Jeff Sherman of Superbook USA offered a look at where they would set series prices if the playoffs were to happen after the hiatus with seeding as it stands now.

IF the NBA returns and goes right to regular playoff format, here is what @SuperBookUSA would have 1st Round series prices

At first glance, the Houston price looks juicy and hopping on the Rockets at plus-value in a series with the Nuggets would be hard to pass up. The Sixers and Celtics series being a toss-up isn’t a surprise, but indicates just how close Vegas sees those two, and the Lakers and Bucks being overwhelming favorites to advance in their first round series is to be expected.

What would make all of this difficult to handicap is knowing how teams would react to the hiatus. LeBron has already noted his body is struggling with being taken out of action, and surely there are others feeling similarly. Jumping straight into playoff basketball from a long layoff would be fascinating to see what teams can find their rhythm quickly or whether it would even the playing field a bit due to sloppiness from the best teams and open the door for some big upsets.