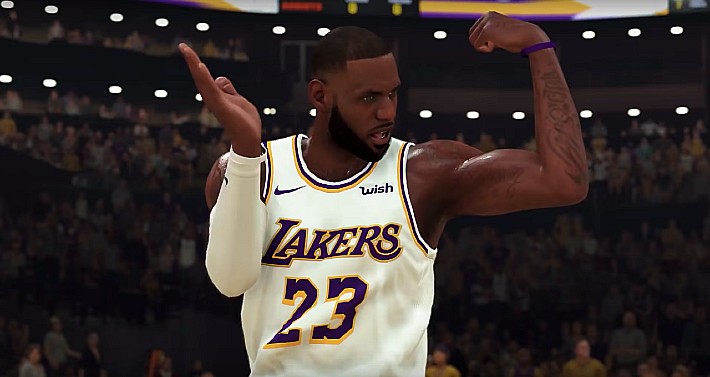 Sports video games will remain as photorealistic as ever after a judge ruled in favor of NBA 2K publisher Take Two Interactive in lawsuit over tattoo replication in the sports video game franchise. The New York Post reported Monday that a tattoo artist suing the game maker cannot bring a case against the company for replicating his tattoo designs in the digital realm.

Judge Laura Swain dismissed the four-year-old lawsuit in an opinion filed Thursday, calling the use of the tattoos “de minimis” — meaning too trivial to merit consideration.

Solid Oak Sketches first sued the games’ maker, Take-Two Interactive, in 2016, claiming its copyright was infringed because players were shown with their distinctive tattoos for which the company holds licenses.

The idea here is that though the tattoos are on James’ body — including “Child Portrait,” “330 and Flames” and “Script with a Scroll, Clouds and Doves” — are the designs of Solid Oak and thus they should be compensated for appearing in the 2K franchise, which puts out a game each year. Interestingly, the “de minimis” ruling comes from an actual analysis of how essential they are to the makup of the game itself, meaning literally how much code they represent and whether they’re essential to the product: a basketball video game.

Swain noted expert analysis found “only 0.000286% to 0.000431% of the NBA 2K game data is devoted to the Tattoos” which were mostly blurred and blocked by other players.

Her ruling sided with Take-Two, which always argued that the tattoos were fair use because they were no longer the artists’ designs but part of the hoops stars’ likenesses.

The tattoo artists always knew that the stars’ ink would “appear in public, on television, in commercials, or in other forms of media, like video games,” her ruling noted.

That’s actually kind of an interesting point — it’s not like a tattoo artist can sue Nike or another company that pays James for endorsements just because he might appear in ads with his tattoos visible. Still, gaming companies have been wary of this lawsuit for years. Madden actually started not using athlete’s tattoos in games altogether to avoid similar lawsuits, something that could possibly change now that there’s some caselaw on the books giving game developers some cover here. It’s all a very interesting interpretation of copyright law that still could change, but tattoo artists didn’t get the ruling they were hoping for here.