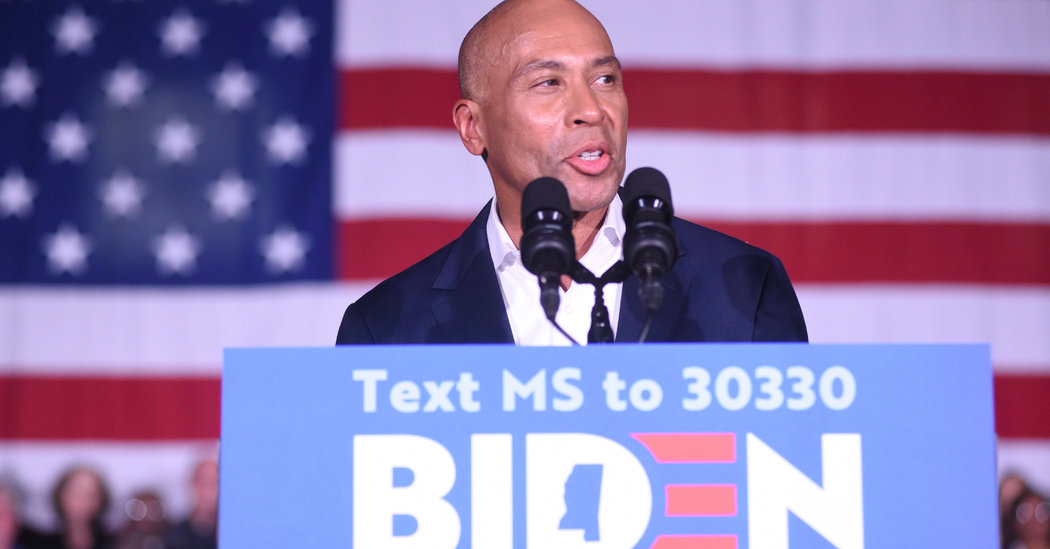 Two of the most prominent outside Democratic groups are forming a partnership to pool resources and research to help elect former Vice President Joseph R. Biden Jr. this fall, an attempt at consolidating fund-raising in an increasingly competitive marketplace for third-party organizations.

Unite the Country, the super PAC formed late last year to support Mr. Biden, and the progressive group American Bridge are teaming up to coordinate their efforts in hopes of raising about $175 million together to defeat President Trump in November, leaders from the two groups said Monday.

“It made more sense to raise money together than raise money competing against one another,” said Steve Schale, who helps run Unite the Country.

The partnership will be co-chaired by Deval Patrick, the former Massachusetts governor and a late entrant into this year’s presidential race, and former Gov. Jennifer Granholm of Michigan.

While the groups are not merging, and will continue to do some work separately, they are going to coordinate their polling and opposition research while also planning their advertising buys together. The two groups combined have raised over $70 million so far this campaign.

The alliance comes as Mr. Biden has gained a nearly insurmountable lead in the Democratic primary race and the coronavirus outbreak has effectively frozen the campaign. But what has not been put on hold is the jockeying among third-party groups to position themselves with donors as the go-to organization helping to elect the former vice president and defeat Mr. Trump.

A constellation of various Democratic groups have been quietly vying for the favor — and the checks — of major Democratic contributors for months.

The biggest Democratic super PAC from the 2016 cycle, Priorities USA, has operated continuously since then, and announced a $150 million ad budget leading up to the Democratic National Convention.

The partnership between American Bridge and Unite the Country represents an attempt to present themselves as this campaign’s leading outside Democratic entity — and to pre-emptively box out Priorities from making that claim.

Allies of both Bridge and Priorities have been pressing Democratic officials to nudge Mr. Biden’s campaign to send a signal about which group it prefers, according to people directly familiar with the conversations.

Yet it’s unclear how Mr. Biden’s campaign views the matter and whether it will signal such a preference. His team is somewhat restricted because campaign finance laws prohibit overt coordination between campaigns and super PACs.

And on Monday, a representative for Mr. Biden declined to say which, if any, of the groups the campaign wanted to see as the main outside organization.

During the primaries, Unite the Country had been the lone major super PAC supporting Mr. Biden.

But after Mr. Biden scored major victories on March 10, top officials at both Priorities and American Bridge — within minutes of each other — tweeted their support for Mr. Biden, declaring him to be the de facto nominee.

“We will be ALL IN to elect @JoeBiden as our next President,” wrote Mr. Beychok, the American Bridge president.

“The math is now clear,” said Guy Cecil, the chairman of Priorities. “Joe Biden is going to be the Democratic nominee.”

The quick announcements were seen, in part, as an effort to ensure their groups’ relevance and alignment with Mr. Biden if the primary dragged on longer, as it has.