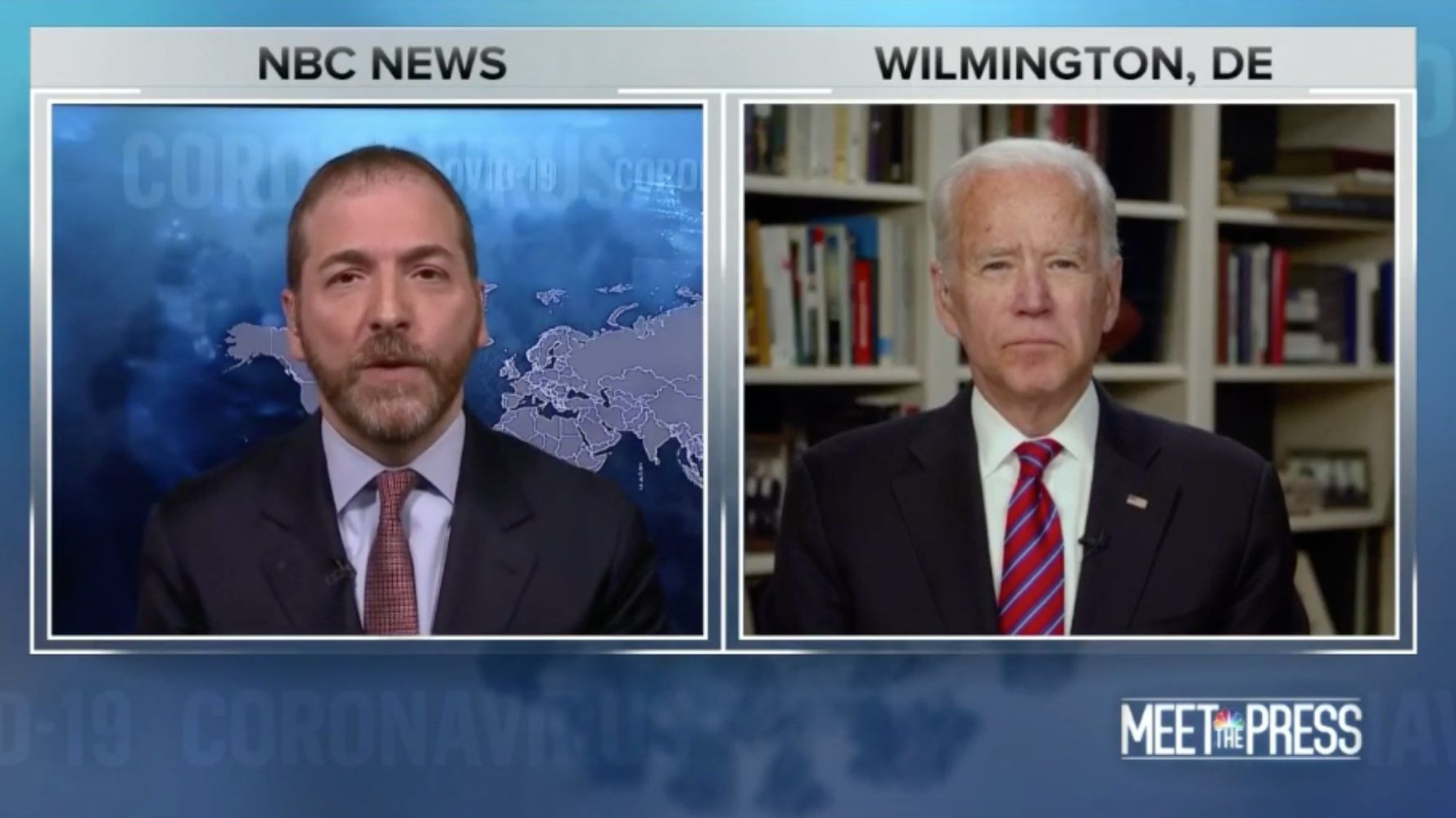 A former Senate aide to Joe Biden accused him this week of sexually assaulting her nearly 30 years ago. But television hosts who have interviewed the former vice president since she went public with her allegation have so far failed to ask him about it.

In an interview with podcast host Katie Halper published in part on Wednesday, Tara Reade said she had been working in Biden’s Senate office in 1993 when he kissed her and penetrated her with his fingers without her consent. Biden’s presidential campaign has denied the allegation.

Since Wednesday, Biden has appeared on CNN and NBC, as well as a makeshift quarantine edition of ABC’s “Jimmy Kimmel Live” that aired on YouTube. But none of the hosts broached the subject of the recent assault claim.

Neither ABC, CNN nor NBC immediately responded to HuffPost’s requests for comment.

On Thursday, Kimmel tweeted his interview with Biden as part of his “mini monologue” during an episode of his show, filmed at this home during the coronavirus pandemic. The two joked about baseball and discussed ways to curb the spread of the virus. The sexual assault allegation never came up. To be fair, most late night hosts don’t often ask hard-hitting questions.

Day 14 in quarantine! A special ViP #minilogue from my house with Vice President @JoeBiden… #StayHome https://t.co/hkZa4hCwIn

The next day, Biden sat for an hourlong, live town hall hosted by CNN’s Anderson Cooper. Though the event was primarily focused on the ongoing pandemic, some viewers criticized the network for not including at least one question about the allegation.

“How does CNN host a town hall with Joe Biden and not ask about the former senate aide who has publicly accused him of sexual assault?” tweeted journalist Michael Sainato.

“Just consider all that’s happened since the last time we had former Vice President Joe Biden on ‘Meet The Press,’” said Todd, pointing to Biden’s numerous primary victories, the spread of the coronavirus nationwide, and the surge of Americans filing unemployment claims as a result.

Todd made no mention of the sexual assault allegation, however.

TODAY: Joe Biden says “over 20 million people” have watched his livestreams, as he moves to a digital campaign. #MTP #IfItsSunday@JoeBiden: “I guess it’s just a different way of learning how to try to communicate with people.” pic.twitter.com/rjfHfqhUoD

TV personalities have asked Trump to his face about numerous sexual misconduct allegations against him over the years, making it all the more noteworthy that the accusation against Biden has gone largely ignored on the medium. (However, Sunday show hosts, including Todd, largely ignored E. Jean Carroll’s rape allegation against Trump when it first came out last June.)

The Hill’s Krystal Ball interviewed Reade on Friday for “Rising,” a weekday morning show that streams on Hill.tv.

“What I remember at that time is feeling really shocked,” Reade said while describing the alleged assault. “I was surprised. There was no conversation right beforehand. There was no precursor. It just happened.”

Some journalists have questioned Reade’s credibility, pointing to a pro-Kremlin post she authored in December 2018 that has since been deleted.

“Why would a liberal democrat support [Russian President] Vladimir Vladimirovich Putin?” she wrote. “Maybe it is because I believe he has saved the world from a large conflict on more than one occasion.”

Her assault claim follows accusations of inappropriate touching by multiple women, including former Nevada Assemblywoman Lucy Flores, who alleged Biden smelled her hair and kissed the back of her head without consent. Since going public, Flores has said she doesn’t believe his actions should disqualify him as a presidential candidate and that she would still potentially vote for him.

Biden said in April 2019, following the allegations of inappropriate touching from Flores and others, that he would be “more mindful” of his physical contact.

In response to Reade’s allegation, Kate Bedingfield, the communications director for Biden’s campaign, said in a statement that “women have a right to tell their story, and reporters have an obligation to rigorously vet those claims.”

“We encourage them to do so, because these accusations are false,” she said.