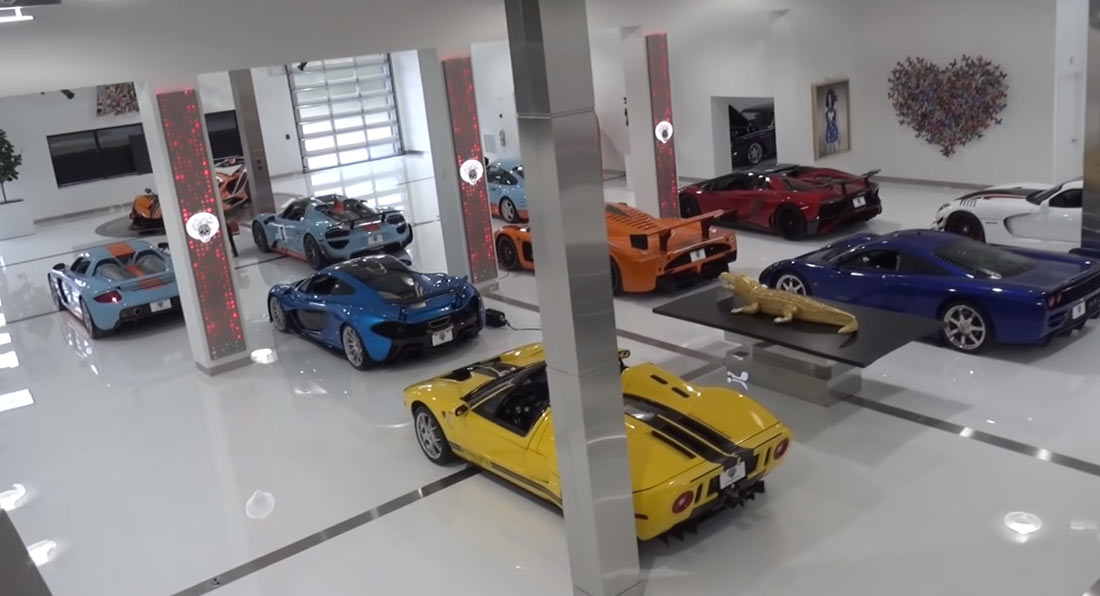 If you live in Miami, or anywhere near Miami, a stunning privately-owned supercar and hypercar collection recently opened its doors and this clip highlights some of the very finest vehicles it houses.

The first car featured in this video is one of just 10 examples of the Apollo IE. Only a couple have been delivered to their customers so far and this particular example sports a mesmerizing orange, exposed carbon fiber, and white paint scheme.

Next, we get to see a trio of stunning Porsches, notably a 959, a Carrera GT, and a 918 Spyder, all of which feature special Gulf Racing liveries. The collection also sports a road-legal Maserati MC12 modified by Edo Competition, a modified Lamborghini Aventador SV, a blue McLaren P1, an exceptionally rare Ford GTX1, a Saleen S7 Twin Turbo, Dodge Viper ACR, a carbon-clad McLaren Senna, Ferrari Enzo, black LaFerrari, and a Mercedes-Benz SLS AMG Black Series.

What’s remarkable about this collection is that these cars mentioned are just in one specific area of the garage.

Fair warning, unless you want to hear the host screaming “I’m Shmeeeeee”, mute the volume for the first few seconds of the video.