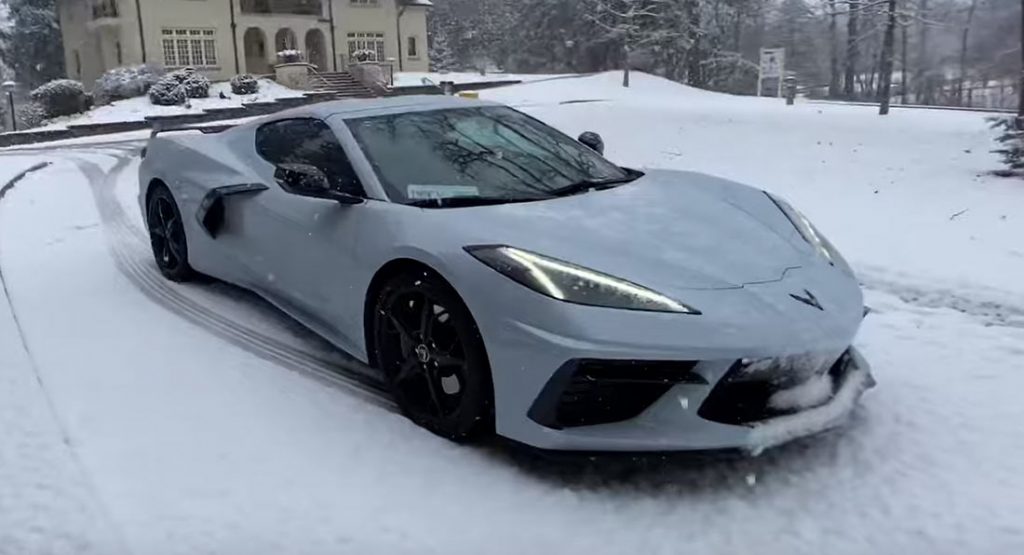 A couple of decades ago, the idea of driving a mid-engined supercar in the snow would have been crazy. As this video shows, however, the new C8 Corvette Stingray can be driven in the snow with very little worries.

The Corvette in question is owned by a YouTuber and Chevrolet dealership salesman in Canada and is rolling on a set of Michelin Pilot Sport 4S summer tires. These are not the type of tires you want when driving in the snow but seem to work fine with the Corvette as long you don’t forget what type of car you’re driving. At one stage, the YouTuber performs a braking test from 32 mph (50 km/h) and is able to stop with no issues.

A key reason why the Corvette seems to perform quite well in the snow is the 40/60 front-to-rear weight distribution. By comparison, the C7 Corvette has a 50/50 weight distribution and a little over a year ago, while testing out a C7 Corvette Z51 in California, I found myself stuck in an unexpected snowstorm in Angeles National Forest. The press car we were driving had similarly-sticky summer tires to the C8 and had huge issues putting the power to the ground. In fact, I was left spinning up the wheels when trying to get up a slight incline and was forced to turn around.

While the 40/60 weight distribution of the new Corvette increases traction and aids in the car’s blistering acceleration, it does have one less-than-desirable characteristic; increased understeer. Performance tests of the new ‘Vette have shown its front end simply doesn’t grip to the pavement quite as well as the C7.