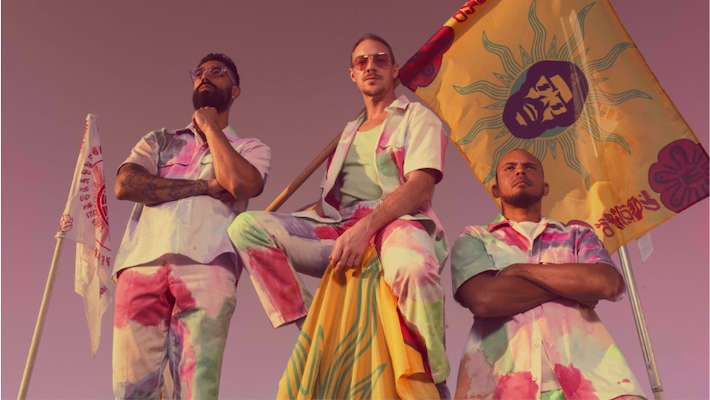 Marcus Mumford has made quite a name for himself as the foremost purveyor of folk-rock in the world via his band Mumford & Sons. But, if there’s one thing artists have to have the freedom to do, it’s expand and change their sound. And like the band’s last album, Delta, delved into electronic music and a heavier sound, the band’s frontman is now doing the same with a solo collaboration.

In his first ever collab with other artists in this way, Marcus co-wrote the Major Lazer song “Lay Your Head On Me” with the trio and MØ, and it premieres today as Annie Mac’s Hottest Record in the World. Combining the band’s signature glitchy, tropical pop sound with Marcus’ warm, golden-y tenor, the emotional anthem comes during a time of global crisis, as the Coronavirus pandemic is sweeping from country to country in an unprecedented manner. The song offers a comfort in a turbulent time, and comes alongside a colorful lyric video, above.

This collab with Major Lazer follows up another solo single Mumford released, a cover of the song “You’ll Never Walk Alone” a track that was originally popularized by Gerry and The Pacemakers in the ’60s. All proceeds from that song go to the Grenfell Foundation and Warchild UK.