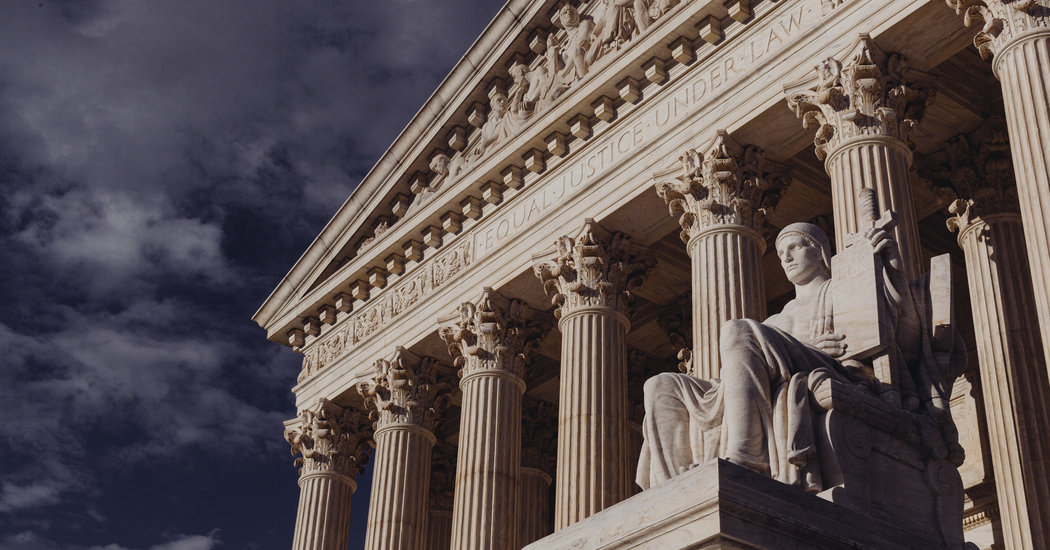 A few years ago, two Michigan prison inmates, proclaiming themselves adherents of the “Christian Identity” religion, sought the prison’s official recognition to be allowed to conduct their own worship services, apart from other inmates. The prison already recognized 20 religions, including a number of Christian denominations, but the two men said they couldn’t pray with others because their religion demanded “white separatism.” While they observed several Jewish holidays, including Passover and Yom Kippur, they said they couldn’t join Jewish inmates in prayer because “the Jewish faith denies Jesus Christ.”

The official in charge of “religious programming” for inmates advised the prison administration to deny the men’s request. He noted in his memo that “the Christian Identity movement is known to have extreme racist and anti-Semitic views with a history of violence in the United States,” along with ties to the Ku Klux Klan and other white-supremacist groups. Giving Christian Identity a recognized place in prison life, he warned, “would pose a threat to the custody and security of our correctional facilities.”

The two prisoners sued under a federal law, the Religious Land Use and Institutionalized Persons Act. They lost in Federal District Court. This month, the United States Court of Appeals for the Sixth Circuit overturned that ruling. The court said the district judge, Phillip Green, had misapplied the law by weighing the prison’s interest in safety as part of his analysis of whether the prison was placing an improper burden on the men’s exercise of their chosen religion.

If you just did a double-take, so did I when I came upon this opinion. If you wondered whether the members of the three-judge appellate panel were recent Trump appointees who perhaps share his administration’s desire to elevate religious claims above all else, so did I. They were not.

And in fact, I don’t really fault the judges — Richard Griffin, Jane Stranch and Bruce Donald — for a decision that strikes me as ridiculous. Christian Identity has been described by the Southern Poverty Law Center as “a unique anti-Semitic and racist theology” that has held a position of “commanding influence” on the extremist right. What sensible person, or judge, would want to allow it to flourish inside a prison?

The startling fact of the matter is that Judges Griffin, Stranch and Donald were applying the law as they found it — as the Supreme Court has handed it to them in a series of decisions instructing judges to accept almost any religious claim, no matter how preposterous, at face value and to put the government to an extremely tough test to justify any infringement on a “sincere” religious belief. In the Hobby Lobby case six years ago, the court gave dispositive legal weight to the claim by owners of two for-profit businesses that the legal requirement to include contraception coverage in their employee health plans would make them complicit in the sin of birth control.

“It is not for us to say that their religious beliefs are mistaken or insubstantial,” Justice Samuel Alito wrote for the majority.

Rather than looking at the Sixth Circuit prison decision, Fox v. Washington, as an outlier, we need to see it as a harbinger, a frightening one. I don’t know whether this particular case will end up at the Supreme Court. But there are plenty of cases like it, making claims that would have been dismissed out of hand not too many years ago and that now have to be taken seriously by those of us worried about the growing threat that an increasingly weaponized free-exercise clause poses to civil society, along with the statutes meant to extend its reach.

On April 29, the last scheduled argument day of its current term, the court will hear two cases that are follow-ons to the Hobby Lobby decision. The cases challenge rules issued by the Trump administration to provide employers with not only an enhanced religious opt-out from the Affordable Care Act’s contraception requirement, but also with a generalized “moral exemption” for employers who object to covering birth control but who can’t claim a basis in religious doctrine for not following the law.

On Monday, the justices accepted a closely watched case that has been at the top of religious conservatives’ Supreme Court wish list. It challenges the City of Philadelphia’s termination of a contract with Catholic Social Services, one of the private agencies certified to find families to take in foster children. Objecting to same-sex marriage, the agency, which is affiliated with the Archdiocese of Philadelphia, won’t place children with same-sex married couples. It thus refuses to abide by the city’s Fair Practices Ordinance, which bars discrimination on the basis of sexual orientation, among other characteristics.

When, for that reason, the city’s Department of Human Services stopped referring children to Catholic Social Services for placement, the agency, known as C.S.S., sued, claiming a violation of its religious liberty. It lost in both Federal District Court and in the United States Court of Appeals for the Third Circuit, which held in a ruling last April that “the city’s nondiscrimination policy is a neutral, generally applicable law, and the religious views of CSS do not entitle it to an exception from that policy.”

In one major respect, the claim in this case, Fulton v. Philadelphia, resembles the claim in a case from Montana that the court heard last month. In that case, Espinoza v. Montana Department of Revenue, parents who want to use state scholarship vouchers to send their children to religious schools are claiming a violation of their religious rights because the voucher program was terminated by the Montana Supreme Court. Montana’s Constitution prohibits spending public money for religious education, and rather than vet the nature of each school at which a voucher might be used, the state court shut the program down for religious and nonreligious schools alike. So, on the one hand, the parents want religious schools to be treated like any other schools. On the other hand, they seek special treatment in the face of the voucher program’s across-the-board termination.

In similar fashion, Catholic Social Services on the one hand seeks treatment as an equal among the several dozen agencies the city contracts with for foster placements. On the other hand, it claims the right to not follow a law that applies to everyone.

In two other respects, however, this new case is even more portentous — or promising, depending on one’s view — than the others. Five years after it ruled in favor of same-sex marriage, the Supreme Court has yet to fully address the objections of those who claim religious reasons for refusing to treat same-sex couples as equals. (The court failed to say anything meaningful two years ago in the case of the baker who wouldn’t bake a cake to celebrate a same-sex marriage.) Other such cases are pending, including one from a florist who doesn’t want to arrange flowers for a same-sex wedding. The court has not yet acted on that appeal, Arlene’s Flowers v. Washington, which was filed in September. Although the Catholic Church is not a direct party in the Philadelphia case, it is clearly the central actor in its agency’s dispute with the city, leaving no ambiguity about the doctrinal basis for the claimed right to an exemption. Whether a baker is a “cake artist” entitled to deploy his creative gifts as he chooses is not the kind of distraction that will emerge when the case is argued next fall.

Finally, the new case is especially important in offering the court a chance to do formally and in one sweep what the conservative justices have been trying to do more quietly case by case. Catholic Social Services is asking the court to overturn a 30-year-old decision, Employment Division v. Smith, which held that as a general matter, the Constitution’s free-exercise clause provides no exemption from a generally applicable law, so long as the law wasn’t enacted to target religion. (The Third Circuit’s decision invokes the precise language from Justice Antonin Scalia’s majority opinion in the Employment Division case.)

Congress’s response to that decision was swift. It passed both the Religious Freedom Restoration Act and the Religious Land Use and Institutionalized Person’s Act with the goal of blunting the force of the 1990 decision by forbidding government from interfering with religious practices unless it could show a compelling need to do so. (The court later ruled that Congress lacked the power to impose the Religious Freedom Restoration Act on the states, many of which have now passed their own versions.)

As religious conservatives have come to dominate the court in the intervening decades, the court itself has made the most of statutes that were actually intended as a rebuke to its authority. The Religious Freedom Restoration Act in particular, initially seen by a broad liberal coalition that supported it as protection for minority religious practices, has become a powerful tool in the hands of a politically energized Christian majority. Justice Scalia’s explanation for why the free-exercise clause can’t be read as a license to opt out from the general obligations of civic life now feels as if it comes to us from another era — as indeed it does.

“It may fairly be said,” Justice Scalia wrote, “that leaving accommodation to the political process will place at a relative disadvantage those religious practices that are not widely engaged in; but that unavoidable consequence of democratic government must be preferred to a system in which each conscience is a law unto itself or in which judges weigh the social importance of all laws against the centrality of all religious beliefs.”

Now that the country’s justices and its religious politics are aligned, the question is how far the court will go, and with what consequences. A moment of truth is approaching. If we don’t want hate groups to have a seat in the prison chapel, the time to start drawing lines is now.