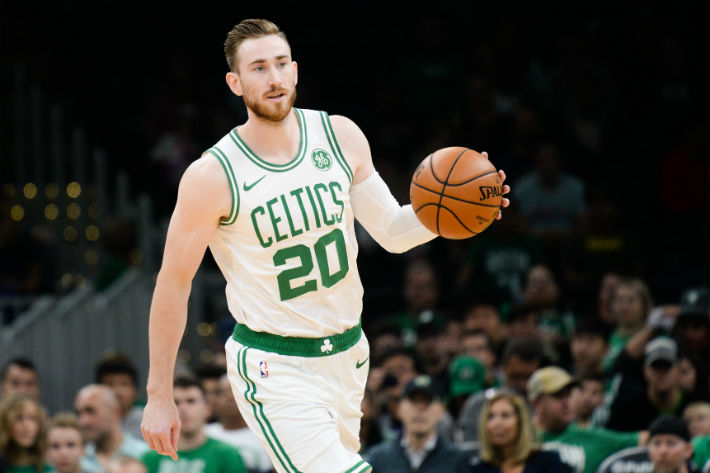 As the NBA enters its stretch run of the season, far more pressing issues face the world as a whole as the COVID-19, aka the coronavirus, continues to spread, affecting more than 80,000 and killing more than 2,000 per the latest information.

The virus, which began in the Wuhan region of China, has spread to countries beyond China and southeast Asia, with the CDC issuing a warning on Wednesday that it’s likely a matter of when, not if, it spreads beyond the two dozen isolated cases in the United States. The vast majority of cases remain in China, however, and for players like Gordon Hayward and others sponsored by Chinese sneaker company Anta, there’s some added urgency to helping bring awareness and support to those victims.

On Wednesday night in Utah, Hayward wore a special pair of sneakers dedicated to those victims, with Anta pledging $10 million in aid to those affected by the virus in the Wuhan region, along with $20 million in product, per ESPN’s Nick DePaula.

Anta has also donated $10 Million and $20 Million worth of products to Wuhan in support of the region in the wake of the Coronavirus. https://t.co/ZqBi47O0aL

It’s a nice gesture from Hayward and a helpful donation from Anta, as the effects of the virus will remain long after an eventual vaccine or cure is discovered and distributed to end its spread. For those who have lost loved ones and communities that have been ravaged by the virus, there will be a lengthy recovery process and, hopefully, efforts like this continue beyond the virus’ turn atop the newscycle.