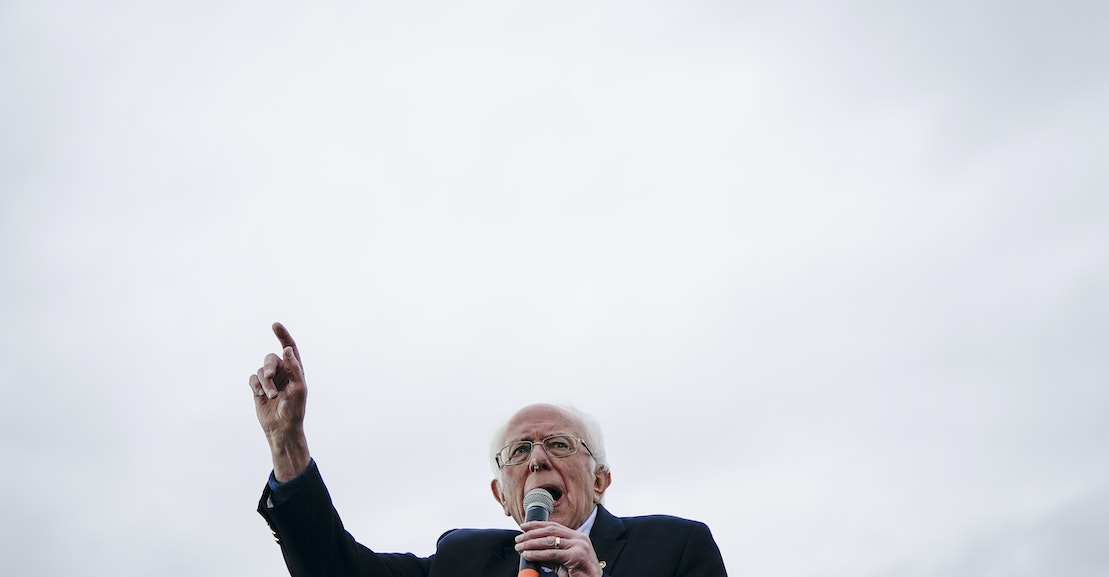 There’s been much debate since the Iowa caucus about the extent to which Bernie Sanders has delivered on the promise that his campaign would inspire record breaking levels of turnout and engagement from nonvoters. This is an idea Sanders regularly plays up on the campaign trail and on the debate stage. “The way we are going to beat Trump,” he said during Tuesday night’s debate in South Carolina, “is we need a campaign of energy and excitement. We need to have the largest voter turnout in the history of the United States.” The tea leaves offered by the early states have lent different impressions on whether that’s possible. In Iowa and Nevada, Democratic turnout was up over 2016, but short of the levels reached in 2008. Turnout in New Hampshire did manage to break the record set that year, but was roughly in line with projections given population growth in the state.

Sanders’s supporters have rightly pointed out that his campaign has managed to bring out and win the support of many young and new voters. Additionally, Sanders is doing well with minorities, particularly Latinos, who gave him a remarkable 53 percent of their vote in Nevada. At The American Prospect, Alexander Sammon noted that the Sanders coalition, at this point in the race, closely matches the composition of the young and diverse “emerging Democratic majority” that pundits and party strategists have said, for years, would be central to the Democratic Party’s electoral future. “For all the criticism from the establishment of Sanders’s candidacy, his success has been largely to actualize the wishful thinking that mainstream Democrats have been banking on for the bulk of the 21st century,” he wrote. “He’s drawn up new plays, but he’s running an offense that the party he often impugns has also embraced.”

Sanders, then, is an unconventional candidate who has bested the rest of the field in putting together what’s become, in the last decade, a conventional Democratic coalition. But because the resounding and unprecedented tidal wave of support some expected hasn’t yet materialized, skeptical commentators have spent the days since Nevada questioning Sanders’ strategy. One particularly important critique came this past Tuesday, from political scientists David Broockman and Joshua Kalla in Vox. There, they published a summary of their new paper on the primary, which details the results of a large survey on the Democratic candidates fielded earlier this year. According to Broockman and Kalla, the survey’s findings were in line with many of the public polls of the national electorate: Sanders performs about as well as the rest of the Democratic field, including more moderate candidates, in head-to-heads with Donald Trump.

There were, however, a few critical caveats. Predictably, there were some Republicans—two percent by their count—who said they would vote for Trump over Sanders but consider other Democratic candidates. A hypothetical Sanders nomination also slightly increased the number of Democrats and independents backing Trump. Sanders nevertheless performed reasonably well. “Despite losing these voters to Trump, Sanders appears in our survey data to be similarly electable to the moderates—at least at first blush,” they wrote. “Why? Mainly because 11 percent of left-leaning young people say they are undecided, would support a third-party candidate, or, most often, just would not vote if a moderate were nominated—but say they would turn out and vote for Sanders if he were nominated.”

That would be an unprecedentedly large jump in youth turnout—a bigger jump than the boost to African-American turnout that Obama’s candidacy yielded in 2008.

That would be an unprecedentedly large jump in youth turnout—a bigger jump than the boost to African-American turnout that Obama’s candidacy yielded in 2008. Put differently, Broockman and Kalla found that one in six progressive young voters who wouldn’t vote for a candidate other than Sanders would need to turn out if he were nominated for him to perform as well as the field’s moderate candidates. “There is no way to be sure whether Sanders’s nomination would produce this historic youth turnout surge,” they wrote, “but it seems doubtful.”

This finding traveled well on social media as it seemed to offer evidence that a Sanders nomination would be particularly dangerous. But the paper the article was based on offers a more nuanced picture. For starters, as the authors note, the stated intentions of voters in surveys like this can be notoriously unreliable. They addressed this and attempted to construct a more realistic picture of the potential electorate overall by weighting their general sample to resemble the 2016 electorate and assuming that Democrats and Republicans who claimed they wouldn’t show up in November actually would. The new results created by these adjustments also eliminated the boost in youth turnout for Sanders implied by the original numbers.

With those changes, Sanders performed worse than Michael Bloomberg, Pete Buttigieg, and Joe Biden against Trump—but by no more than 3.6 percentage points. In fact, there was less than a percentage point’s worth of difference between Sanders’ performance and Biden’s performance, even though it’s widely assumed Biden is vastly more electable than most of the field. It should be noted, too, that the 2016 electorate the survey’s results were weighted to resemble was, obviously, disappointing for Democrats. Every campaign, not just Sanders’s, would go into the general election expecting a higher level of turnout from the Democratic base. The weights nevertheless offer an important insight: Even in a particularly difficult scenario, with an electorate that closely resembles 2016, Sanders performs only a little worse in raw popular vote terms than the field’s moderates.

Additionally, the paper is based on a survey that offered a snapshot of what voters were thinking weeks ago. We’re still a long way away from the general election campaign and there’s no telling what events and exogenous factors could ultimately shape how well Trump and the eventual nominee might fare eight or so months from now. This is what makes talk about electability, as though it’s a distinct and measurable property intrinsic to candidates, so misleading. Broockman and Kalla effectively concede this in the paper. “We strongly caution against drawing firm conclusions about the absolute value of Trump’s likely popular vote margin over Democrats’ from this one online survey conducted early in the election season,” they wrote. Caution is wise. At roughly this point in their respective candidacies, John Kerry led George W. Bush and George H.W. Bush led Bill Clinton in Gallup’s head to head polls. The elder Bush, in fact, was beating Clinton by 15 points as late as April 1992. In the prior election, Michael Dukakis had led Bush by as many as 17 points through the summer.

Granted, the American electorate is now much more polarized than it was back then, and the behavior of voters is much more stable. Ultimately and more so than in the past, the popular vote will matter less than the geographic distribution of each candidate’s supporters and the preferences of key constituencies in swing states. Still, the idea that Sanders might not inspire a record-breaking level of turnout should be taken seriously given how much the campaign pushes the argument that it can and given what we’ve seen in the primary races thus far. The question is whether there’s a path to victory for Sanders other than the one advanced in his rhetoric—an epic progressive surge at the polls. The answer so far seems to be yes.

Although the year is young, the 2020 race looks less like a revolution than a conventional election. But Sanders is moving ahead anyway, in completely ordinary fashion.

Although the year is young, the 2020 race looks less like a revolution than a conventional election. But Sanders is moving ahead anyway, in completely ordinary fashion—a steady accretion of delegates by plurality that began with simple, statistically boring wins in Iowa and New Hampshire. This is how the nomination is often won. But the expectation that Sanders would win overwhelmingly if he were to win at all has made it difficult for pundits to see his unremarkable but very real rise coming and is now fueling concerns that other candidates in his statistical position—both within the primary and in the early general election polling—likely wouldn’t face. Sanders’s true challenge now is securing the majority of delegates needed to grant him the nomination without a fuss at the convention. But even if Sanders were to come to Milwaukee with a mere plurality, delegates would face a significant amount of pressure to hand him the nomination anyway, given that Sanders is already doing well—and poised to do even better once other candidates drop out—with ordinary Democrats who don’t consider themselves revolutionaries, but like him about as much or more than the other candidates.

If Sanders does secure the nomination, we could well see a similarly boring but still ultimately successful general election campaign that accomplishes exactly what any other Democratic candidate would work to accomplish—trying to win over some Obama-Trump voters in key swing states and bumping up minority turnout a bit. Not an epochal shift in American electoral politics, but the very same simple victory the rest of the Democratic contenders are seeking. All told, those who believe Sanders’s nomination might bring about something more dramatic could very well be wrong about what his candidacy could realistically achieve. But any win is ultimately a win and there remains no particular reason to believe a victory for Sanders is beyond reach.