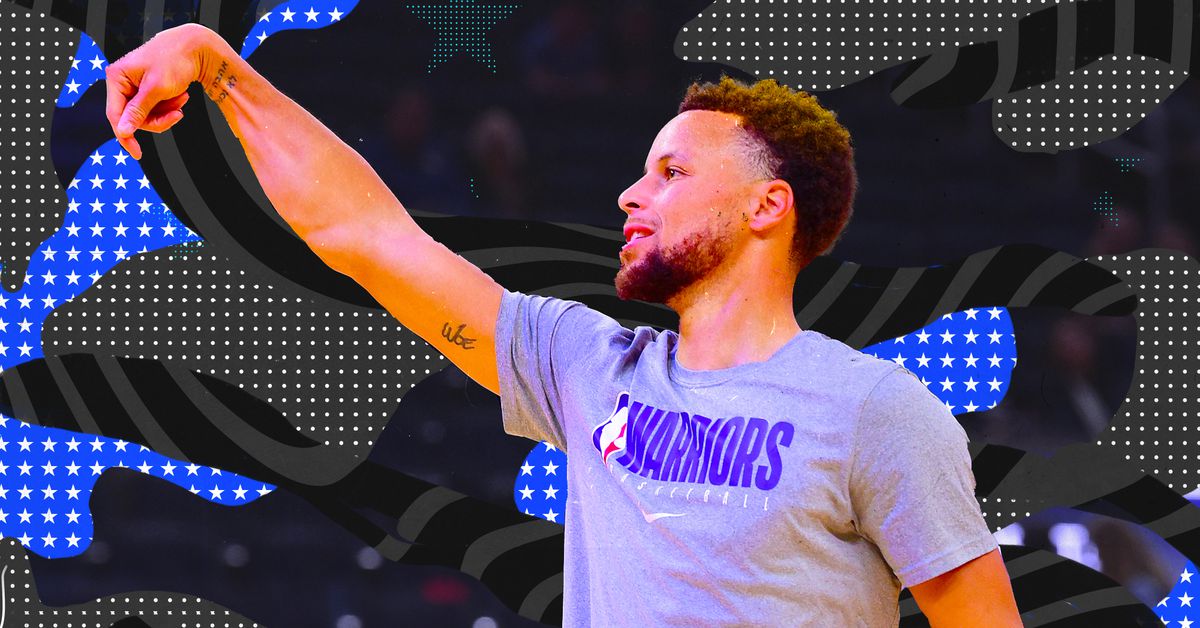 Steph Curry is set to return from a broken hand on Sunday against the Wizards, giving the Warriors’ season a type of fresh energy they haven’t had for months. Curry’s missed the entire season minus four games after his hand was accidentally crushed by a falling Aron Baynes in October. Since then, Golden State’s fallen from the best sports team of the decade to the worst in the NBA. Of course, Kevin Durant’s departure from the team and Klay Thompson’s torn ACL hurt, too. But at least those losses for the season were expected.

Curry is returning to a much different team than he left even at the beginning of the season. At the deadline, Golden State moved D’Angelo Russell, who the team acquired in a sign-and-trade involving Durant over the summer, to Minnesota for Andrew Wiggins. The Warriors came into the season returning just Curry, Thompson, Draymond Green and Kevon Looney from last year’s Finals loss to the Raptors. Now they look even more different.

There’s a lot of work for Curry to do. So far, the team’s been awful without him. At 12-46, they’re the worst team in the league, with a league-worst net rating to match.

So why is Curry coming back to this mess now and not next season?

He’s healthy and wants to play

Warriors head coach Steve Kerr made it clear that once he got back to full strength, Curry was always coming back.

“He’s perfectly healthy,” Kerr said. “If the point is he might get hurt, what’s the point of ever playing anybody? I guess the argument is we’re not making the playoffs. So, are we not trying to entertain our fans?”

It may be unwise to play one of the league’s most popular and best players for games that serve no tangible purpose. But Curry wants to play and entertain the fans who’ve had a tough year watching the product placed in front of them. Curry’s game is mesmerizing, and worth the price of admission every time. He knows what he means to the kids who come and watch him play.

Spending time on the floor with Wiggins could be beneficial

The final month-and-a-half of basketball for Golden State is about the future and what it can be next year. Now’s the time to start building on-court familiarity, and finding out what does and doesn’t work. There’s a new core four in town. And Curry, Thompson, Wiggins and Green aren’t as talented as last year’s team with Durant and Iguodala. There’s a lot to learn.

“This is a 15-month journey to spring next year,” Curry said, according to The Athletic’s Anthony Slater. “[Wiggins] a walking 20 points. The intangibles he can bring, cutting, length on defense, all those things will be a fun process to build that chemistry.”

Curry and Wiggins’ minutes together will be especially important.

The Warriors’ roster is an open book past Curry, Thompson, Wiggins and Green. Jordan Poole, Ky Bowman, Eric Paschall, and Alen Smailagic will still be under contract, though any are moveable. The team also has Marquese Chriss, Dragan Bender and Juan Toscano-Anderson to test out this season.

With so many missing pieces, the Warriors have accidentally been “Trusting The Process” for most of the year. Playing these guys with Curry will only make clearer who does and doesn’t belong. Maybe Golden State can find a contributing piece — like Robert Covington was for Philly — hiding in plain site.

There’ll be more weeding out to do next season, but the Warriors can at least get a head start now.

With the draft lottery odds smoothing out so the bottom three teams all have the same chance at the No. 1 pick, there’s even less reason for Curry to sit and the Warriors to tank. Golden State currently has a comfortable lead of 4.5 games for the honor of the league’s worst team by record. Of course, this season’s weak draft class also reduces the incentive to lose.

Had this year’s class had a prospect like Zion Williamson or Luka Doncic maybe we’d have thought differently. Warriors fans can in part thank college basketball’s lacking talent pool for Curry’s 2019-20 return.

So the Warriors can just have some damn fun

The Warriors were on top of the world with their super-mega-ultra team over the past five years. Then they dramatically fell off the map. With Curry back, they’re going to compete again. Draymond Green must be ecstatic. Curry gives the team hope, and restores a winning environment that’s been lost.

Fans, teammates and basketball as a whole should excited for his return.