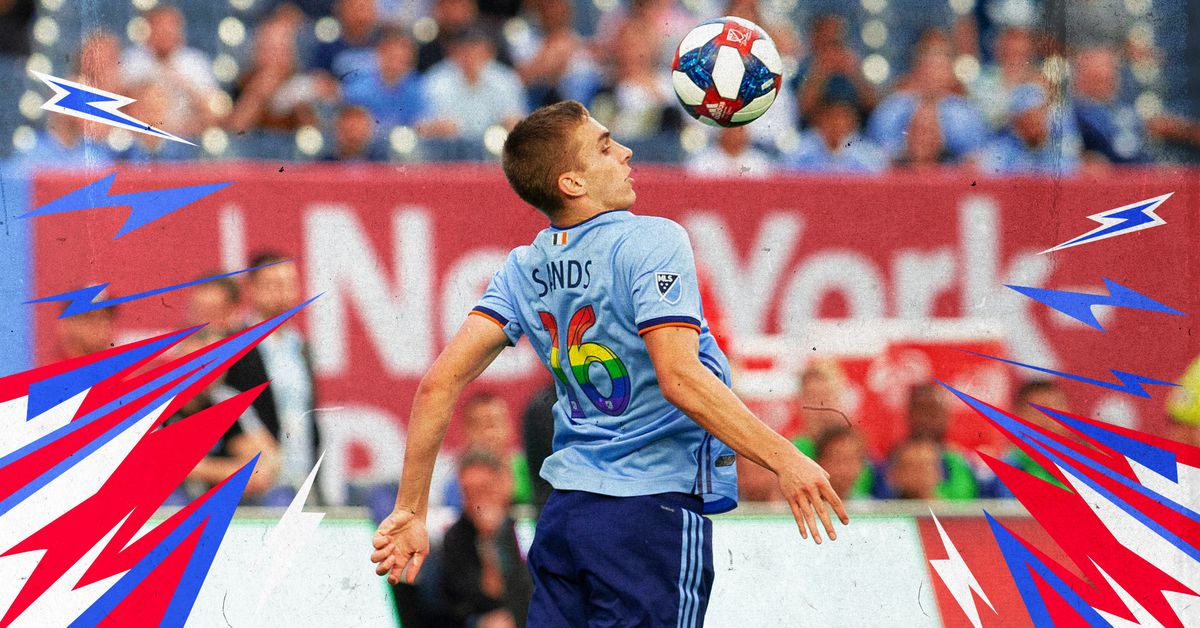 Slowly but surely, MLS’s core player base is becoming better stocked through its academy system. There are now well over 100 homegrown players in the league, and dozens more who have moved on to big European leagues after spending time with an MLS academy.

But the Development Academy program didn’t get off to a great start when it was introduced in 2007. Some of the first star players to go through it struggled as professionals, and as a result, the USMNT currently lacks good prime-age players. Thankfully, the kinks have been worked out since.

The USMNT has made the knockout stages of the last three Under-20 World Cups, often led by players who had already seen playing time in MLS. The league is filled with young Americans who have legitimate immediate USMNT aspirations. And with so few stars in their late 20s, there are plenty of places on the squad up for grabs.

Someone could easily write tens of thousands of words about the young American players in MLS who will earn national team call-ups if they perform well this season. My employer will not grant me book leave to do this, so instead here are five players who could most significantly push for the national team this season.

Sands is just 19 years old, but was firmly first choice for NYCFC when he was fit last season, and started the squad’s CONCACAF Champions League opener. He has played center back or defensive midfield, usually depending on whether his team is using a three or four defender system, and is an extremely intelligent decision-maker with and without the ball.

The reason Sands hasn’t quite broken into the national team setup and onto the radar of casual fans is because he’s a ‘tweener. He’s not as smooth a passer as Jackson Yueill, who Gregg Berhalter is currently giving defensive midfield minutes to, and at 5’11, he’s short for a central defender.

But Sands is twice the player that Yueill is defensively, and he’s a better passer than any of the true defensive midfielders he’s competing against for time. If Sands can establish himself as a star for NYCFC and get a little better at everything, Berhalter will have to pay attention.

American fans have been wondering when they can have classy No. 10 of their own for ages. We’re now entering an era in which half-dozen USMNT youth players could feasibly become the best attacking midfielder in the country’s history. Busio is competing for a national team place with Richard Ledezma of PSV, Alex Mendez of Ajax, Brandon Aaronson of the Philadelphia Union, Djordje Mihailovic of the Chicago Fire, and the man currently leading the pack, Giovanni Reyna of Borussia Dortmund.

Busio is in the middle of that pack in terms of career progression. Ledezma and Mendez have primarily featured for their clubs’ B teams, and it’s hard to guess how they’ll fare against first division sides. Aaronson and Mihailovic might not have the same level of creative talent, but they have established themselves as solid MLS starters. Busio has a higher ceiling than the latter two, but now he has to prove it.

Last season, Busio got his first significant pro minutes in a bad Sporting KC side. This season, his team should be much better, and much more is expected of him. If he plays a big part in pushing Sporting up the table, he could move up the national team pecking order, too. But if he doesn’t improve, he’ll find himself absolutely buried on the national team depth chart.

Vines looked good for the USMNT in his January camp debut a month ago, and heads into this season a nailed-on first-choice player for the Colorado Rapids.

He is not a sexy player. He’s a traditional all-around left back who defends, crosses and gets forward adequately. And the United States Men’s National Team currently has precisely zero players who fit that description. Other players on this list have to up their games significantly to get onto Berhalter’s radar ahead of other big talents, but Vines basically just has to not screw up.

Of course, it would be nice if he could add a skill as well. He’s just 20 years old, so he should have a lot of room to improve. Being a player with no serious deficiencies is a great starting point, but if he wants to be more than just a solid USMNT depth option, he’ll probably have to become elite at something.

Pomykal is in a similar situation to Busio, but worse. The USMNT’s biggest position of depth by far is the No. 8, or box-to-box midfielder role. Berhalter still has to figure out who his best options are at the No. 10 and No. 6, but in the position between them, he really can’t go wrong. Weston McKennie looks like the favorite to hold the position for the next decade, which means Pomykal has a tough road ahead of him if he’s going to have a regular place in the squad.

Still, Pomykal earned his USMNT debut with some excellent performances for FC Dallas, though injury troubles prevented him from establishing himself as a star for either team. Dallas is America’s premier talent factory at the moment. This post could have been exclusively about Dallas players if I wanted. Kellyn Acosta was once a star among MLS homegrowns, but when his performance dipped just a little bit and Pomykal was ready, Acosta was shipped out to Colorado.

Pomykal now faces the same challenge, with Brandon Servania, Thomas Roberts and Edwin Cerrillo all coming up behind him. He needs a big season to keep his place for both club and country.

Following a breakout 2018 campaign, McKenzie was limited by injuries last season, and made just eight starts. Despite that, his club has enough confidence in him that it dealt fellow USMNT youth regular Auston Trusty to Colorado this offseason, and Berhalter gave him a national team debut in January.

But alarm bells will ring if McKenzie doesn’t make a significant leap forward this season. He’s a technically solid center back with excellent athleticism and quick feet, but his defensive reads are often a half-second slow. Missing most of his age-20 season probably hurt his chances of correcting that problem quickly.

McKenzie might be closer to a USMNT spot than anyone else on this list if he can put together a good MLS season, though. The current USMNT center back crop is unimpressive, and Berhalter is likely praying that one of his many talented, but unproven, Under-23 stars finally has a breakout club season.

Too many players to list. I do not envy USMNT general manager Brian McBride and technical director Earnie Stewart, who have a lot of decent players to keep track of these days. Top Drawer Soccer’s top 50 prospects in MLS and the recent Under-23 national team call-ups list are a good start for anyone trying to put together a more comprehensive list of players to follow this season.