Along with the monthly housing starts for January last week, the Census Bureau released Quarterly Starts by Purpose and Design through Q4 2019. 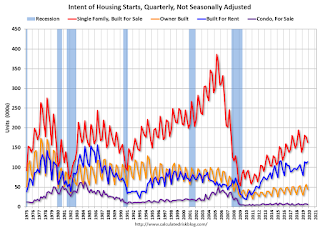 Condos built for sale were still near the record low.