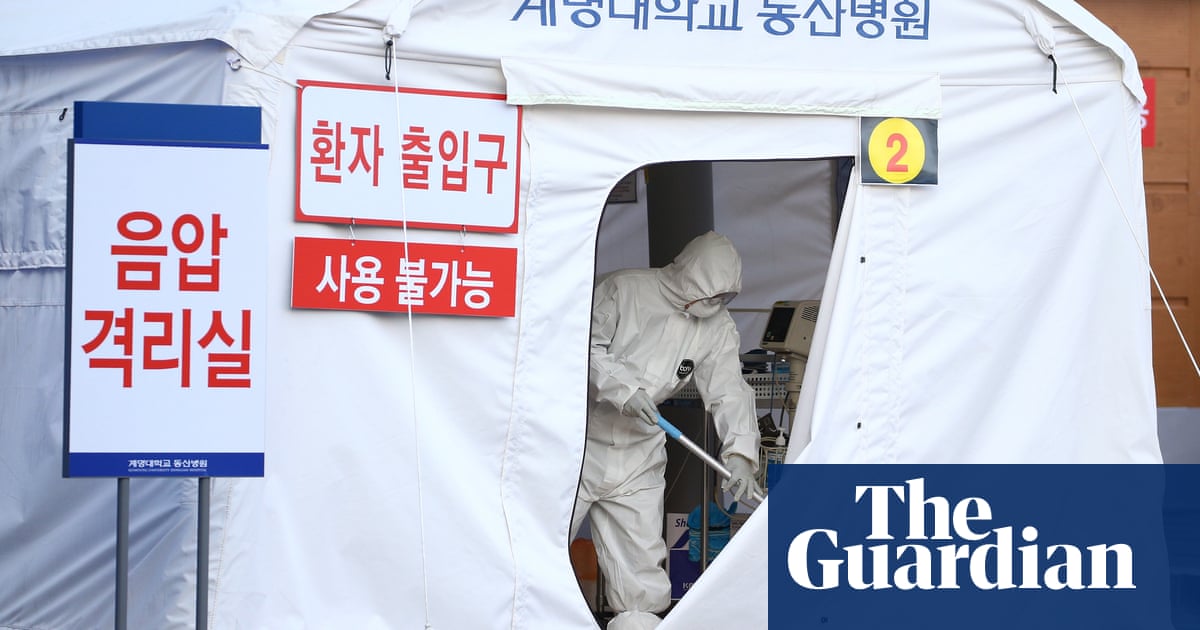 South Korea has reported another huge jump in cases of coronavirus as the country fights to contain the spread of the deadly disease.

The number of infections has increased by 142 to 346, officials said on Saturday, with most of the cases linked to the city of Daegu and surrounding region two hours south of Seoul.

A 61-year-old woman in Daegu is believed to be at the heart of the rapid spread and is thought to have passed the infection to dozens of fellow worshippers at the controversial Shincheonji Church of Jesus.

Of the new cases, 91 have been traced to a hospital in Cheongdo county, an area about 25km from Daegu which was designated as one of the “special care zones” by the government.

The county is closely connected to the Shincheonji Church of Jesus and is the birthplace of its founder, Lee Man-hee, who has donned the mantle of Jesus Christ and claims that he will take 144,000 people with him to Heaven, body and soul, on the Day of Judgement.

Cases in South Korea have risen eleven times since the 61-year-old woman, the 31st case recorded by the Korean centers for disease control and prevention, was confirmed to have the virus on Tuesday.

The centre also said on Saturday that another person had died after contracting the virus, taking the total to two.

Daegu’s authorities have closed public buildings, silencing its usually busy streets. Troops at South Korean and US military bases have been confined to barracks.

In China, the national health commission said on Saturday that there were 397 new confirmed cases of coronavirus infections on Friday, down from 889 cases a day earlier.

That brings the total accumulated number of confirmed cases in mainland China so far to 76,288.

The death toll from the outbreak in mainland China had reached 2,345 as of the end of Friday.

The central province of Hubei, the epicentre of the outbreak, reported 106 new deaths, while in the provincial capital of Wuhan, 90 people died.

As the World Health Organization warned on Friday that the window of opportunity to stop the spread of the virus was narrowing, it appeared to be spreading more widely across the world. Four people have now died from the virus in Iran and Italy recorded its first fatal case on Friday night.

In Australia, six people evacuated back to Darwin from the virus-hit Diamond Princess cruise ship in Japan have tested positive to Covid-19. Another three people who have developed symptoms were being tested on Saturday.

There were 170 Australians on the evacuation flight and all were checked for symptoms before leaving Yokohama, where they had been kept on the ship.

Reuters and AFP contributed to this report.