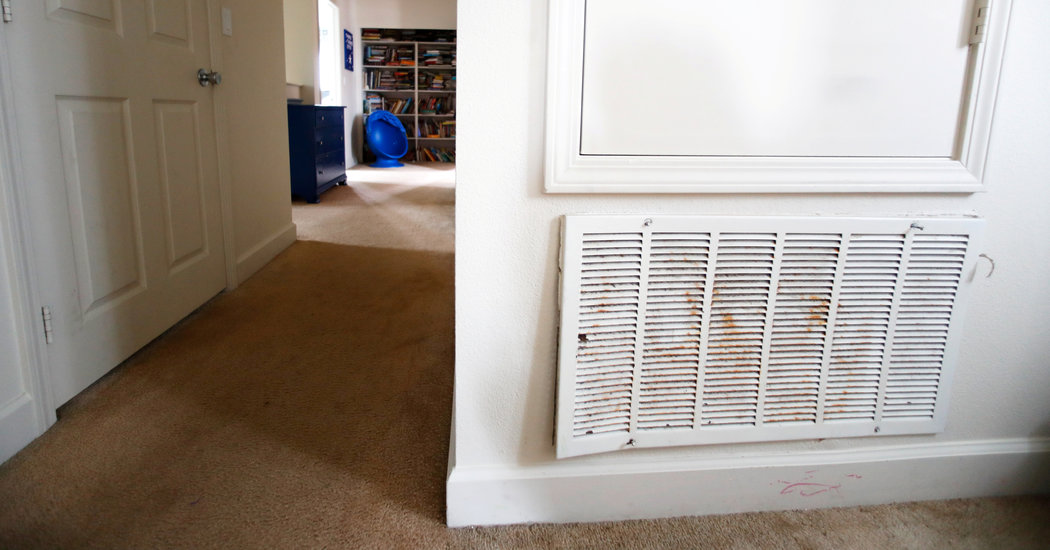 Living on a military base can be idyllic. Children bike and run freely, cars drive slowly through the neighborhoods, parents keep an eye on one another’s kids, uniformed service members pop home for lunch, and everybody knows your name. In recent years however, these Mayberrys have been plagued by substantial unresolved maintenance issues, which many military renters chalk up to abject negligence from private military housing companies.

In the 1990s, the military services initiated a series of privatization measures for houses maintained by the Army, Navy, Marine Corps or Air Force. They shifted upkeep and rent collection, among other tasks, to private companies. At the time, many understood this to be a simple matter of efficiency: Tasks pertaining to housing would go to a contractor so the military could better focus on training and preparing for combat. It was also an effort to ameliorate existing housing quality concerns under the assumption that a private company would support the mission more effectively, with higher quality service, and that improved housing would lead to to higher rates of service member retention.

Fast forward to now: The reality is that privatization hasn’t lived up to expectations. One of these private companies, Corvias, is currently embroiled in a large lawsuit waged by 10 families in Fort Meade, Md., who report horror stories of open sewage, pervasive mold, lead-based paint, unresolved repair issues, and the secondary effects of subpar housing conditions on the health of their children. Such complaints are replicated across many military installations.

Ten percent of military families live on installations across the United States, and 43 percent live in some form of privatized housing. Fourteen companies administer housing for 79 communities across the Army, Navy, Marine Corps and Air Force, making over $3.9 billion per year in rental income. Almost no military families interact with the Department of Defense when they make housing complaints, which means there’s very little official recourse.

When my family was stationed in Hawaii last year, housing concerns across the Army became major news. To the credit of the then-secretary of the Army, Mark Esper, and the then-chief of staff of the Army, Gen. Mark Milley, remedying housing issues was at the top of the Army’s “to do” list. Mr. Esper and General Milley traveled to installations around the world and even visited a number of soldiers’ houses. The commanding general of the 25th Infantry Division ordered each commander to visit every soldier housed on post so that someone in uniform could have eyes on every problem, an order that was replicated Army-wide. These inspections showed uniformed leadership exactly how soldiers and their families were served by housing contractors, a tangible example of accountability. At numerous town hall meetings, soldiers and spouses stood up and expressed frustration over mold, ventilation issues, the contractors’ unresponsiveness and significant health concerns arising from mismanagement.

The 2020 National Defense Authorization Act, the N.D.A.A., signed by President Trump in December, includes a number of provisions that try to remedy the housing problems, with fixes like a “tenant bill of rights” that gives tenants better information on a unit’s historical issues and improved guidance on recourse. The N.D.A.A. also stipulates that health care costs associated with housing, such as mold-induced asthma, will be reimbursed by the housing contractor and include any relocation costs associated with health issues. These are vital steps to better protect military tenants.

Most importantly, housing contractors are on notice to change their ways. According to congressional demands, the Department of Defense must report back by March 1 on which of the 14 contractors failed to comply with the changes to the public-private-partnership agreement in the N.D.A.A.

Congress’s attention to military housing is promising for military families. The challenge is for the Defense Department to ensure consistent oversight of housing contractors. A preliminary report from the Government Accountability Office on the condition of privatized military housing found that the Defense Department was at fault on many levels: Performance metrics were insufficient, oversight of physical housing conditions was limited, data on housing maintenance was unsatisfactory and the department’s reporting to Congress was misleading. Privatized military housing needs to be remedied, and so, too, does the department’s oversight of housing for its most precious commodity: service members.

Frances Tilney Burke (@28cranfield) is a visiting research fellow at the American Enterprise Institute and a Ph.D. candidate at the Fletcher School of Law and Diplomacy.