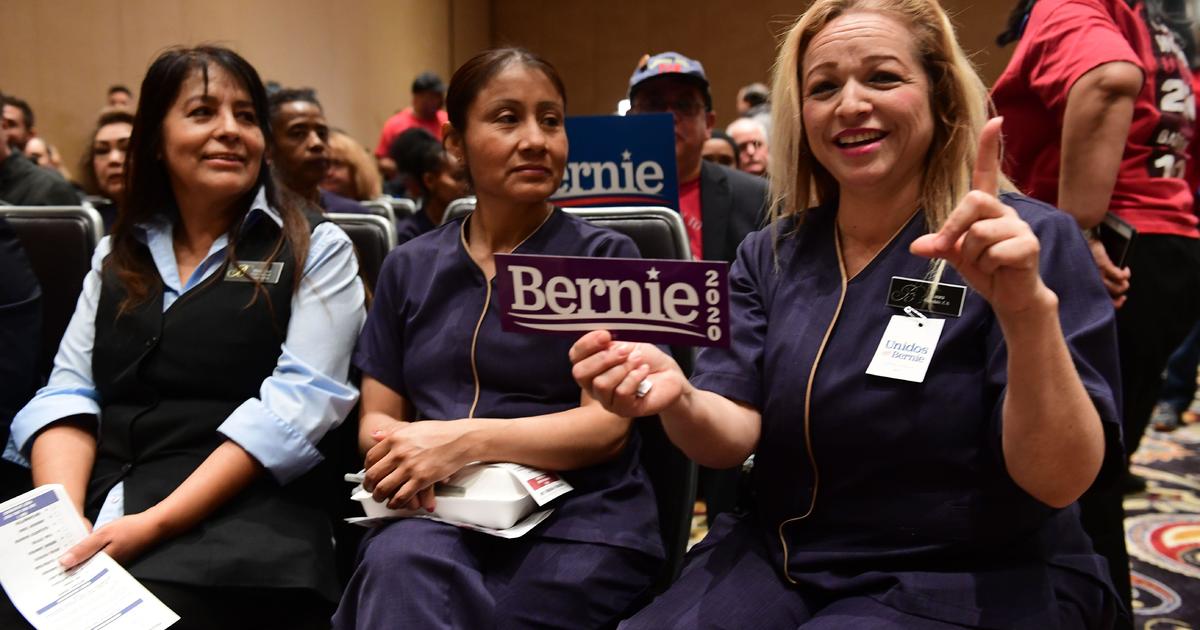 Bernie Sanders is leading by a large margin in the initial preference of caucus-goers entering the caucus, according to CBS News entrance polls. The Nevada caucus is the third nominating contest for Democrats, a high-stakes day for all the candidates since the state is far more diverse than the previous two nominating contests and could offer a preview of candidates’ national appeal.

Bernie Sanders has been leading polls in the state, and he is coming off a victory in New Hampshire and a lead in the popular vote in Iowa. Sanders has also opened up a lead in polls among Latino voters, who make up 30% of the state’s population.

Entrance polls indicated health care was the top issue on the minds of Nevada caucus voters — more than four in 10 picked it, followed by climate change (roughly a quarter of voters) followed by income inequality and foreign policy.

About six in 10 caucus-goers polled support replacing all private insurance with a single government plan – similar to support in Iowa and New Hampshire — which is a positive sign for Sanders, who is running on the single-payer plan Medicare for All.

The polls also showed that despite problems that arose during the Iowa caucuses, 82% of Nevada’s Democratic caucus-goers are confident today’s votes will be counted correctly.

Some caucus sites are already suffering from a “deficit of volunteers,” complicating the early hours of the Democratic caucuses in the state, party leaders told presidential campaigns on Saturday.

At one location in Pahrump, Nevada, JG Johnson Elementary School, the precinct chairman did not show up this morning, and participants have yet to be checked in. two campaign aides told CBS News.

As was the case in Iowa, Nevada voters choose their preferred primary candidate through caucuses. However, there are some key differences between the two contests, and Nevada will be looking to prove it can competently carry out a caucus process after the Iowa Democratic Party’s failure earlier this month.

Around 75,000 Nevadans already cast ballots during the four days of early voting that were open from February 15 to 18. Early voters ranked candidates in order of preference. The caucuses begin at 1 p.m. ET, which is 10 a.m. local time.

The caucuses follow a fiery Democratic debate in Las Vegas on Wednesday evening, although it’s not clear what impact the debate will have, since so many Nevada Democrats voted early.