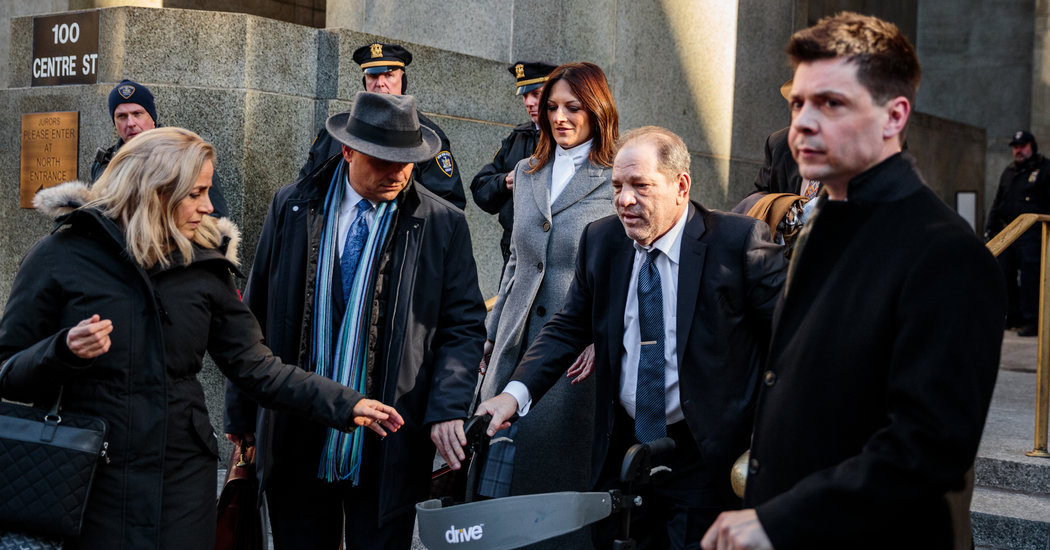 The jurors in the Harvey Weinstein trial sent out a tantalizing note on Friday afternoon, a little more than 30 minutes before they were scheduled to break for the weekend.

The note, posed as a question to the presiding judge, Justice James A. Burke, suggested that they might have reached a verdict on some of the lower charges in the case — rape and forced oral sex — but were unable to decide on the more serious charges of predatory sexual assault.

Here is some background about the charges Mr. Weinstein is facing and what the jury’s note may mean.

The judge can accept a partial verdict.

While partial verdicts are never a desirable result, especially in high-profile matters like the Weinstein trial, they are not uncommon. Typically, judges accept partial verdicts only after they strongly urge the jury to reach a consensus and determine that the panel is hopelessly deadlocked on some of the charges.

If a judge takes a partial verdict, then prosecutors can retry the defendant on the remaining charges with a different jury.

After receiving the note, Justice Burke gave the jury a standard order to continue its deliberations. With court scheduled to end early on Friday — at 3 p.m., not 4:30 p.m. as usual — the jurors went home for the weekend and will continue their deliberations on Monday morning.

Two of those charges — first-degree rape and third-degree rape — are based on the account of Jessica Mann, a onetime aspiring actress who testified that Mr. Weinstein sexually assaulted her at a hotel in Midtown Manhattan in March 2013.

A third charge — criminal sexual act — is based on the account of Miriam Haley, a former production assistant for the reality television show “Project Runway,” who testified that Mr. Weinstein forced oral sex on her at his apartment in Manhattan’s TriBeCa neighborhood in July 2006.

But Mr. Weinstein also faces two counts of predatory sexual assault, the most severe charges in the indictment. Those charges are particularly complex, requiring prosecutors to prove that Mr. Weinstein attacked at least two different victims.

To prove the predatory sexual assault charges, prosecutors introduced the testimony of a third accuser, Annabella Sciorra, an actress from “The Sopranos,” who claimed that Mr. Weinstein raped her at her Gramercy Park apartment in the winter months of 1993 or 1994.

Does the note suggest that jurors believe he is guilty?

Not necessarily, but it does suggest that they may have reached a guilty verdict on at least one of the lower charges involving Ms. Mann or Ms. Haley.

If the jurors are following the complicated charging sheet correctly, their note indicates that they are at least mulling a guilty verdict on one or more of the charges of rape and criminal sex act.

Technically speaking, the jurors could not be deadlocked on the higher charge of predatory sexual assault without having first decided that Mr. Weinstein was guilty of a lower charge, legal experts said.

Though Ms. Sciorra’s rape allegation is too old to be charged as a separate crime under state law, it can be used to prove the sexual predator charge.

There is one caveat here, said Mark A. Bederow, a Manhattan defense lawyer. It is possible that some of the jurors have concluded that Ms. Mann and Ms. Haley are not to believed and are looking to convict Mr. Weinstein based on Ms. Sciorra’s testimony alone.

In this scenario, the note may be an effort by the others on the jury to have the judge step in and instruct their fellow panelists that that is not a viable legal option.

The jury can find Mr. Weinstein guilty of the lower charges, but not the more serious charges.

Mr. Weinstein can be convicted on all or some of the charges that accuse him of raping Ms. Mann and forcing oral sex on Ms. Haley, even if the jurors do not believe that he raped Ms. Sciorra.

The defense suggested it would accept a partial verdict.

Mr. Weinstein’s lawyers quickly indicated in court on Friday that they were willing to accept a partial verdict and take the jury’s decision on only the lower charges, not the higher ones, which remained undecided.

The move suggested that the lawyers may have been looking to reduce Mr. Weinstein’s possible sentence. The two top charges of predatory sexual assault carry the stiffest penalty: a minimum of 10 years and a maximum of life in prison.

The lower charges carry penalties that range from a conditional discharge (the equivalent of unsupervised probation) to 25 years in prison.

So, Mr. Weinstein’s lawyers might have calculated that if the jury was deadlocked on the two most serious charges and was leaning toward convicting on one of the lesser charges, the best strategy would be to stop the trial and cut their losses. They did not comment on the proceedings.