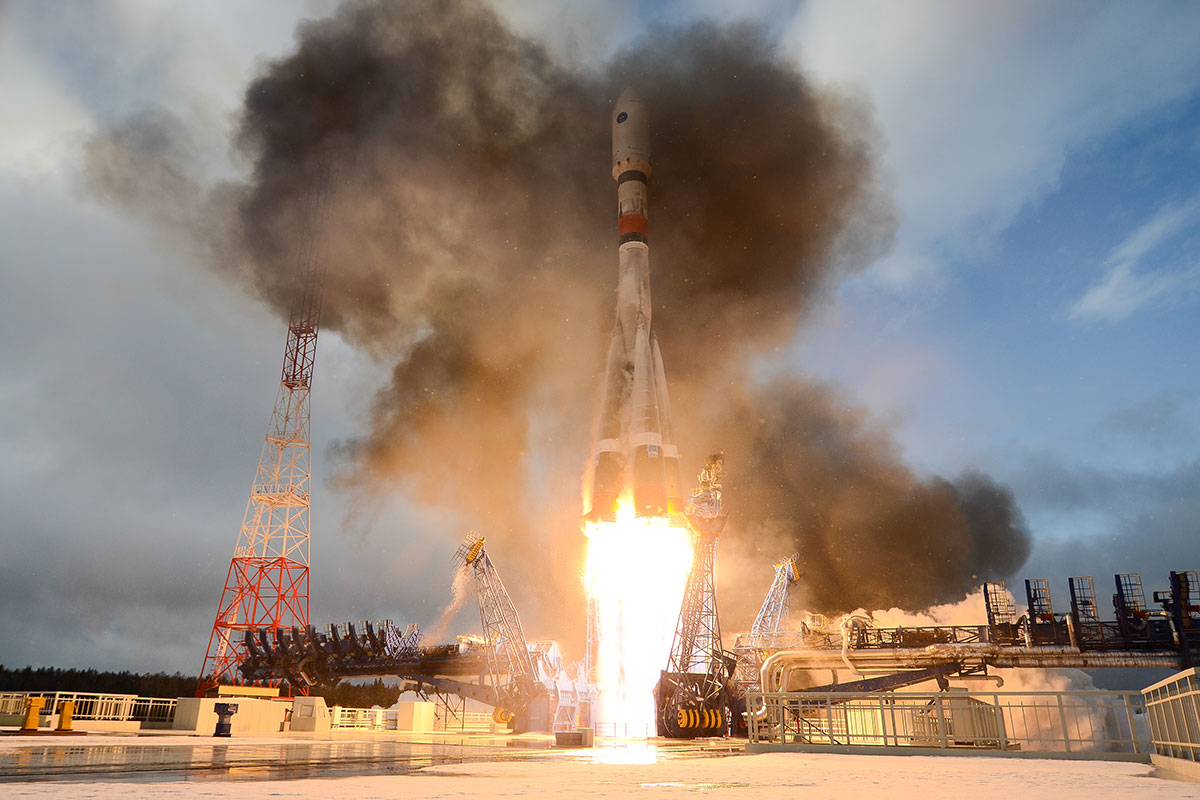 Russia successfully launched a military communications satellite into orbit Thursday (Feb. 20). The launch took place about one month later than planned due to a technical issue.

A Soyuz-2.1a rocket blasted off at 3:24 a.m. EST (0824 GMT or 11:24 a.m. Moscow time) from the Plesetsk Cosmodrome in northern Russia, according to Russian space agency Roscosmos.

Ground controllers have received telemetry (or data) from the deployed spacecraft, which is called Meridian M, showing that the spacecraft is working normally so far, Roscosmos said.

The rocket was supposed to lift off on Jan. 24, but the launch was delayed due to a technical problem in the Soyuz’s third stage, according to Chinese space media Xinhua. “The Soyuz-2 rocket had to be removed from the launch pad and returned to the assembly and testing facility to fix the problem,” Xinhua said.

Meridian M is supposed to help ships and reconnaissance aircraft communicate along the northern sea region of Russia, as well as help expand satellite communications stations in more remote regions in Siberia and the Far East, Roscosmos added.

This is the first Soyuz-2 rocket family launch of 2020 from Plesetsk. In late December, a Rockot booster converted from an intercontinental ballistic missile successfully launched from Plesetsk, with three Gonets-M communications satellites on board. Rockot may also have carried a military payload, called Blits-M, that is meant to reflect lasers, according to industry-monitoring website RussianSpaceWeb.com.