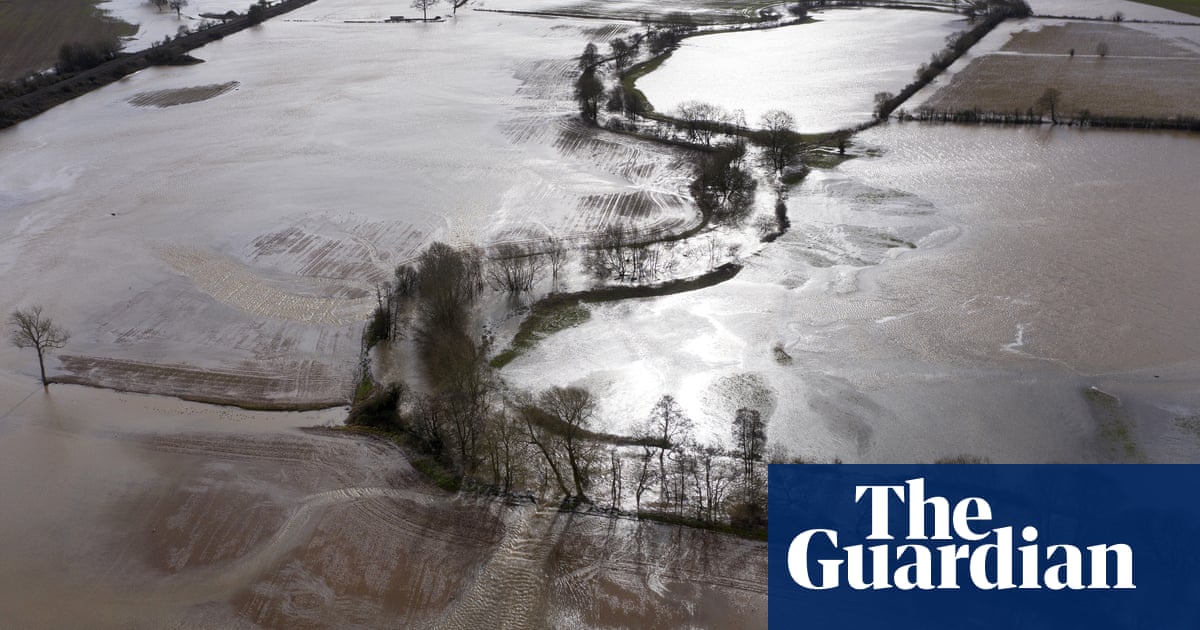 Hundreds of properties have been flooded and at-risk areas evacuated across England and Wales after the downpours brought by Storm Dennis.

Kate Marks of the Environment Agency (EA) said that while Storm Dennis had passed “we’ll be feeling the impacts for a few more days. There’s a lot more water in the river systems. In particular we are worried about the rivers Severn, Teme and Wye.”

Both the rivers Wye and Severn will remain especially high into the weekend, after both broke records this week.

The Met Office said rain would start to build up in the west from mid-morning on Wednesday. Over the next two days there could be up to 100mm of rain in north Wales and 50-60mm in the south of Wales. The rain would then move north, with Cumbria and Yorkshire likely to be most affected by the weekend.

West Mercia police said an estimated 384 properties had been “significantly impacted by the floods” across Worcestershire, Herefordshire and Shropshire.

Residents in the Shropshire towns of Ironbridge and Bridgnorth were urged to evacuate their properties, while residents in Bewdley near Kidderminster were warned flood barriers at Beales Corner might not be able to withstand the rising water levels.

Deputy Chief Constable Julian Moss said: “Water levels have been unprecedented in many places and the impact of such high levels of flooding has been substantial across all the agencies, but more significantly to members of the public affected in any way.”

The EA said 599 properties had been flooded across England as of Tuesday afternoon. About 800 homes in Wales had been directly affected by flooding, the first minister, Mark Drakeford, told the BBC. More than four miles of temporary flood barriers have been erected across the country and flood defences have protected nearly 25,000 properties from the impacts of the storm, the EA said.

But record-breaking river levels and continued rainfall means further flooding is possible across much of the country, said John Curtin, EA executive director of flood and coastal risk management.

“We expect further disruptive weather into tomorrow and Thursday, bringing a significant flood risk to the West Midlands, and there are flood warnings in place across much of England,” he said.

The Met Office has issued yellow weather warnings for persistent rain in Wales and north-west England for Wednesday and Thursday, and the north of England on Friday into Saturday.

The EA manager for Herefordshire and Worcestershire, Dave Throup, said the level of flooding had left affected parts in “uncharted territory”.

Storm Dennis claimed the life of Yvonne Booth, from the Great Barr area of Birmingham, who was swept away by floodwater near Tenbury in Worcestershire on Sunday.