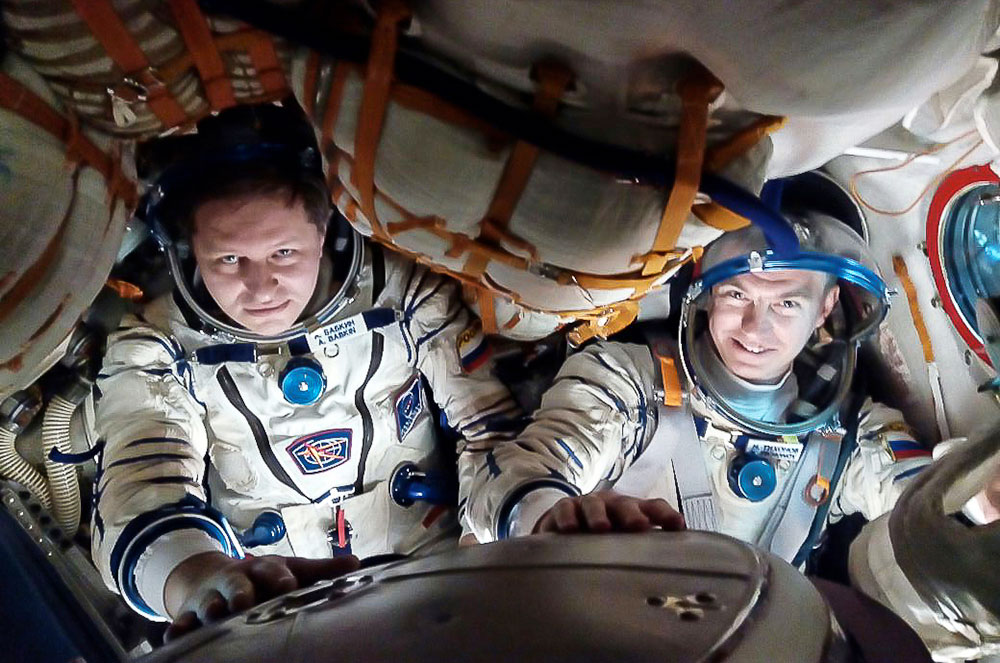 Two Russian cosmonauts have been removed from the next scheduled launch to the International Space Station “for medical reasons,” according to the Russian space agency Roscosmos.

In a statement posted to its website on Wednesday (Feb. 19), Roscosmos said that Nikolai Tikhonov and Andrei Babkin will no longer fly to the space station in April, and will instead be replaced by backup crew members.

“The positions of the commander and flight engineer of the Soyuz MS-16 spacecraft will now be taken by Roscosmos cosmonauts Anatoli Ivanishin and Ivan Vagner,” the agency said. “The changes will affect only the Russian part of the crew.”

Related: The International Space Station: Inside and out (infographic)

A NASA spokesperson confirmed that U.S. astronaut Chris Cassidy will continue to prepare for the mission, which will now see him, Ivanishin and Vagner serve as the Expedition 63 crew on board the space station.

Roscosmos provided few details about the medical concerns that led to the crew change. The agency’s director of human spaceflight, former cosmonaut Sergei Krikalev, said in a news briefing that the issue involved one of the two replaced crew members.

“Due to personal data, we will not disclose it yet,” said Krikalev, according to the Interfax news agency.

Russian media reports, citing unnamed sources, said that it was Tikhonov who had suffered an injury. Roscosmos appeared to support that by confirming that Babkin, along with cosmonaut Sergey Ryzhikov, had been reassigned as the new Soyuz MS-16 backup crew members.

Ivanishin, Vagner and Cassidy are scheduled to launch on April 9 atop a Soyuz-2.1a booster from Site 31 at Russia’s Baikonur Cosmodrome in Kazakhstan. It will be the first spaceflight for Vagner and the third for both Ivanishin and Cassidy.

The Soyuz MS-16 launch would have been the first for both Tikhonov and Babkin, but it is not the first time that either cosmonaut has faced delays to a spaceflight.

Selected as a cosmonaut in 2006, Tikhonov was previously assigned to fly on Soyuz MS-04 in April 2017, and then Soyuz MS-10 in October 2018. Russian budget cuts and then delays to the launch of a Russian multipurpose laboratory module led to his being removed from both of the earlier crews.

For Babkin, Soyuz MS-16 was his first mission assignment after overcoming two decades of medical and training delays since becoming a cosmonaut in 2010.

“This was a long path with many obstacles,” Babkin told collectSPACE in 2019. “The obstacles changed, but the journey continued.”

Tikhonov and Babkin had undergone additional spacewalk and robotics training due to the expectation that, together with Cassidy, they would serve most of their time as a three-person crew as a result of delays to launching both SpaceX’s Crew Dragon and Boeing’s Starliner spacecraft. The same situation will exist when Cassidy launches with Ivanishin and Vagner, who as backups to Tikhonov and Babkin received some of the same training.

Though rare, this is not the first time that a medical issue has required a change to a crew. Most recently, cosmonaut Alexander Skvortsov was replaced on the 2017 Soyuz MS-07 crew by Anton Shkaplerov due to an injury. He was later reassigned and just returned from a 200-day stay aboard the space station earlier this month.