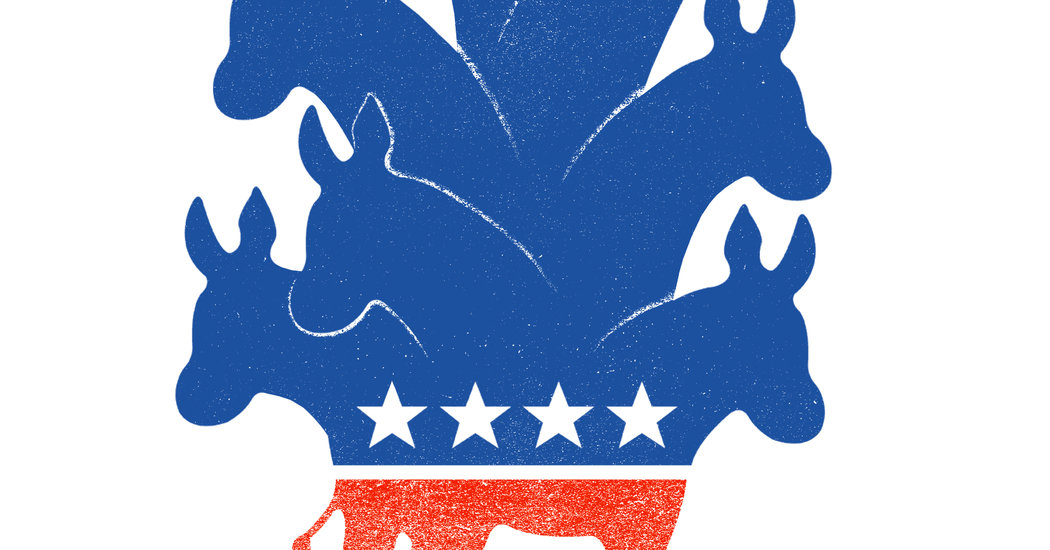 The election is going to be won or lost depending on which party gets voters to show up to vote, and who sits at home.

For over 30 years, the moderate wing has controlled the Democratic Party — sometimes successfully, too often not. Moderates have wasted valuable time and effort trying to negotiate with Republicans when Republicans see negotiation as a sign of weakness. Rather than leading with ideas, Democratic leaders check the latest polls before making a decision. Far too often they have run timid instead of standing up for what they believe.

Now we are faced with the most important election of our lives, and moderates are telling us how terrible it will be if we nominate a liberal. I don’t agree with Bernie Sanders on a lot of issues and would much rather see Elizabeth Warren as the leader of the liberal wing of the party, but both have the passion and fight to stand up for what they believe.

If we want minorities and young people to show up on Election Day, I would trust either of them over Pete Buttigieg, Amy Klobuchar, Michael Bloomberg or Joe Biden.

I fear that a moderate candidate will lose to President Trump.

If the Democratic Party goes into its convention with Bernie Sanders having a plurality while the rest of the votes are spread among more moderate candidates, it might be a perfect time to institute ranked-choice voting. This would ensure that the resulting candidate was backed by a true majority.

As to the question of who can beat President Trump, the best, most reliable and most obvious data is being ignored. The answer is, simply, whom do Mr. Trump and his team fear most? The president is salivating to run against Bernie Sanders or Elizabeth Warren. His campaign will rip them to shreds, and his victory would be epic.

Adam Jentleson writes that it’s not clear who has the best chance to beat President Trump. Au contraire. It’s coming into focus now: Amy Klobuchar is coming from behind and emerging as a very strong contender.

A woman with the right temperament, a former prosecutor who will make mincemeat of the president, a Midwesterner, someone who understands government and knows how to get things done — she has the electability factor in spades. Look at her list of what she will do in the first 100 days.

Come on, women, we are the largest voting bloc! Not only can a woman get elected, a woman who will not be labeled a socialist, Amy Klobuchar, is the most formidable candidate in the field and will make an outstanding president.