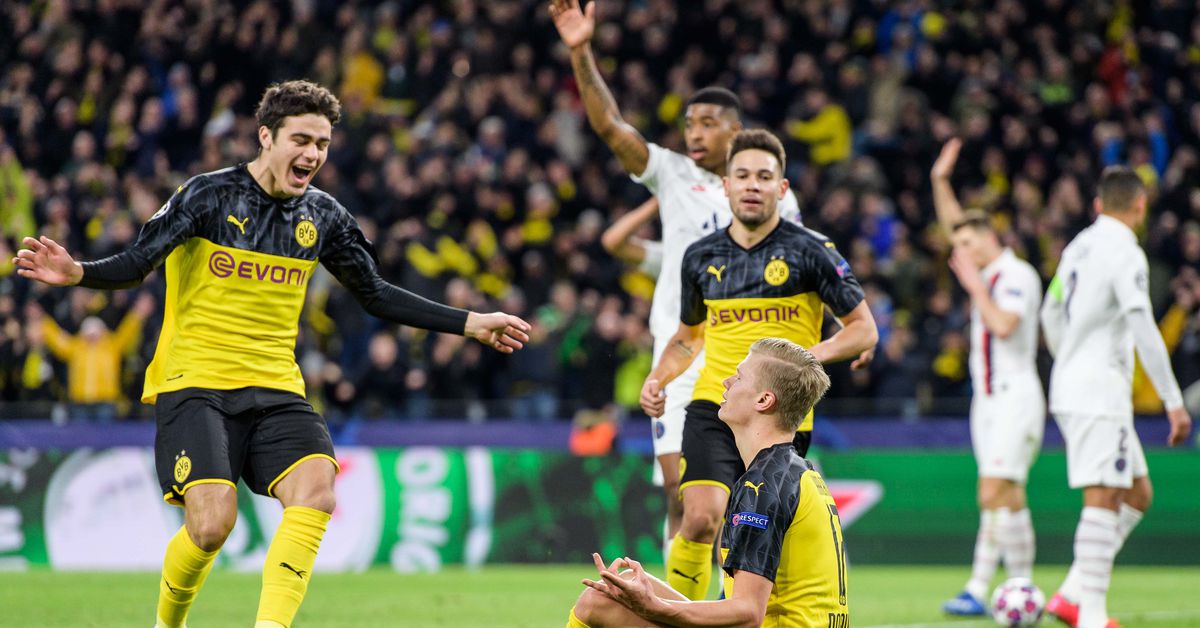 Borussia Dortmund’s winner against Paris Saint-Germain Tuesday evening was one of the best goals in the Champions League this season.

Watch teenage sensation Erling Haaland rip an absolute rocket into the top corner from the edge of the box:

I’m not going to pretend the assist, by itself, could compare to the finish, which was completely outrageous. But the assist was still notable because it was provided by a 17-year-old making his Champions League debut.

The pass came from Giovanni Reyna, the son of former United States Men’s National Team captain Claudio Reyna. The younger Reyna was born in England during his father’s pro career, but has chosen to represent the USA, and has starred for the Americans at the Under-17 level. He is almost certainly on Gregg Berhalter’s radar for a potential senior team call-up after establishing himself in Dortmund’s first team.

Reyna actually snubbed his own father to sign for Dortmund. Claudio Reyna is the sporting director at New York City FC and wanted to sign his son to a professional contract, but the younger Reyna decided a move abroad would better for his development. Given how quickly he has gotten to the point where Dortmund manager Lucien Favre views him as an impact sub in Champions League knockout stage matches, it feels safe to say he was right.

It can be hard to be optimistic about the USMNT given its results over the last three years, but there’s a ton of great young talent coming up through the ranks. And Reyna just might be the best of the bunch. Expect to see him in a senior national team game alongside Christian Pulisic and Tyler Adams very soon.