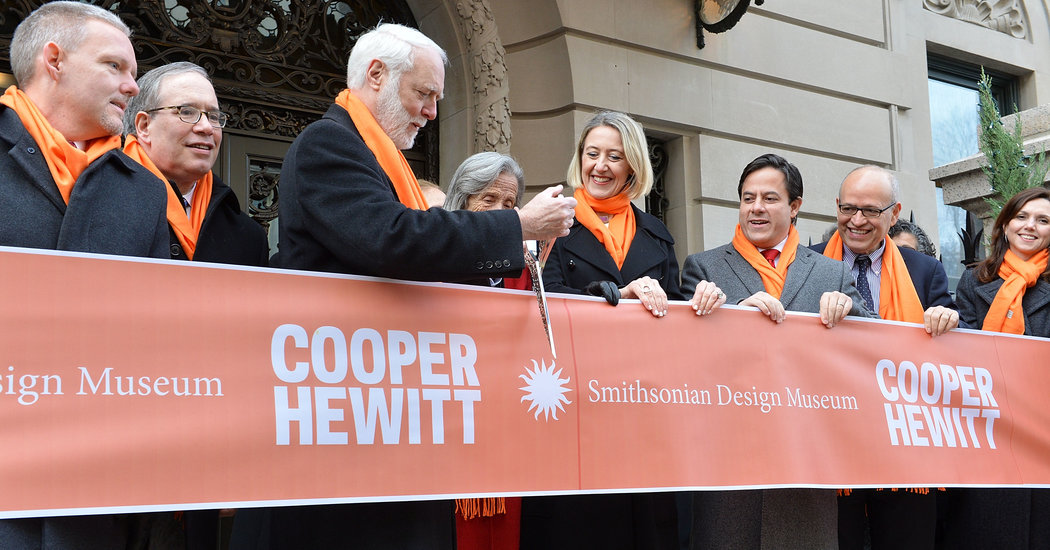 Five trustees have resigned from the board of the Cooper Hewitt, Smithsonian Design Museum to protest the removal of the museum’s director, Caroline Baumann, following an investigation into issues including her 2018 wedding.

Ms. Baumann was forced to resign on Feb. 7 after an investigation by the Smithsonian’s inspector general into how Ms. Baumann procured her dress and the venue for the ceremony. It was unclear whether there were additional allegations. According to two people familiar with the Smithsonian’s decision-making, the inspector general found the appearance of a conflict of interest, but several board members said they believed the punishment was unwarranted.

“Caroline’s treatment violates every principle of decency, and I feel that remaining on the board tacitly condones this behavior,” the board secretary, Judy Francis Zankel, wrote on Sunday in a resignation letter to her fellow trustees. She called Ms. Baumann “an exemplary leader who gave everything to her job.”

“I cannot stay on the board and just shrug my shoulders and move on,” Ms. Zankel wrote.

The museum’s board, which included 27 people before the resignations, according to the Cooper Hewitt website, serves in an advisory role. Several trustees had asked Lonnie G. Bunch III, the Smithsonian’s secretary and top official, to reconsider his decision and reinstate Ms. Baumann. Those trustees have argued that they should have been consulted before he made his decision and that their support of Ms. Baumann’s performance should have been considered.

The Smithsonian, which has declined to discuss the reasons for Ms. Baumann’s dismissal, said it regretted the resignations.

“We are sorry to hear this,” said Linda St. Thomas, a spokeswoman, “but it is not unexpected as some board members indicated they did not support the decision.”

Though their power over museum operations is limited, the defection of a critical mass of board members could hurt the Cooper Hewitt’s finances. It receives about half of the support, as a percentage of its budget, that the federal government gives the Smithsonian’s other museums. As a result, the Cooper Hewitt relies more heavily on donations, including from board members like Ms. Zankel, a prominent philanthropist. It is the only Smithsonian museum to charge for admission.

Another donor, Arlene Hirst, a design journalist who is not on the board, said she would remove the museum from her will.

“I have willed a substantial amount of money to the museum — not in the same league as the trustees, but a lot for me — and I am angry enough at these trumped-up charges to change the bequest,” Ms. Hirst said.

At the same time, a number of trustees have decided not to resign, even if they supported Ms. Baumann. “I think I can do more by staying on board and working for resolution,” said the interior designer Agnes C. Bourne, a vice president of the board.

Ms. Baumann, 53, had worked at the Cooper Hewitt since 2001 and was named director in 2013. She has not commented on her departure.

The investigation into her conduct — prompted by an unidentified staff member’s complaint — focused on her wedding in September 2018. The inspector general looked into the discrepancy between the $750 Ms. Baumann paid for her wedding dress and the $3,000 starting price for gowns listed on the website of the designer, Samantha Sleeper.

The Smithsonian also took issue with the location of the ceremony at a property owned by a nonprofit — LongHouse Reserve in East Hampton, N.Y. — which has a long association with the Cooper Hewitt. Ms. Baumann was not charged a fee by LongHouse for the wedding, and she had allowed the nonprofit use of the Cooper Hewitt conference room, without charge, for board meetings.

The Smithsonian, which was created by Congress and is partly funded by the federal government, has a conflict of interest policy that says “employees must not engage in private or personal activities that might conflict, or appear to conflict, with Smithsonian interests, such as using Smithsonian employment for private gain” or “giving preferential treatment to any person or company for any reason.”

In her resignation letter, Ms. Zankel wrote that “to say the punishment does not fit the crime is an understatement.” She also asked whether there could be “a touch of misogyny here.”

“Can you imagine all this brouhaha about a dress and a wedding directed toward a man in the same position?” she wrote. “I think not.”

Along with Ms. Zankel, those who resigned from the board were Jon Kamen, the founding chairman and chief executive of RadicalMedia, a production company; Francine S. Kittredge, the founder of the Neuberger Berman Foundation, which helps at-risk youth; Avi N. Reichental, a pioneer in 3-D printing; and the author Kurt Andersen.

“I joined Cooper Hewitt because of Caroline’s inspiring, transformative, visionary and infectious leadership,” Mr. Reichenthal wrote in his resignation letter. “She is a kindred spirit that continues to remind me and rekindle in me the importance of design, creating and making in every part of our lives. “