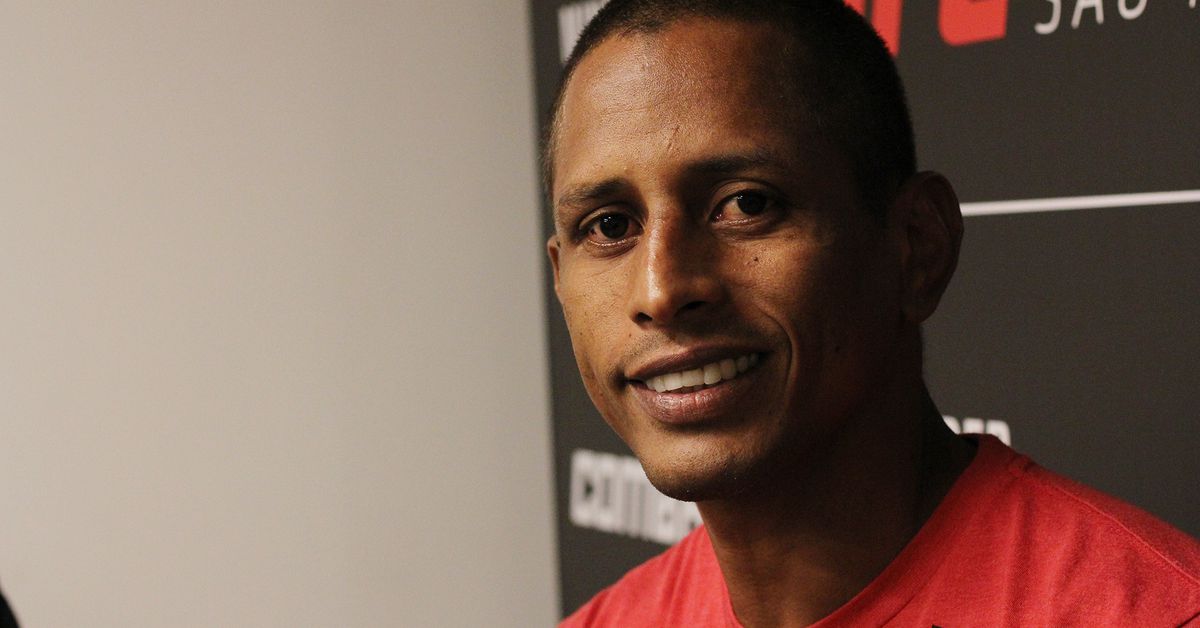 Johnny Eduardo is finally ready to enter the Octagon again.

The veteran fighter, who hasn’t competed since a submission defeat to bantamweight prospect Nathaniel Wood in June 2018, recently received medical clearance to resume training and book his next bout in the UFC.

Speaking with MMA Fighting this week, Eduardo said he was originally expected to compete in a Las Vegas card in early 2019, but the matchup was never even announced by the company since he fractured a finger in three parts and had to pull out. His doctor advised against surgery, and Eduardo was forced to stay away from training for six months.

Eduardo expected his hand to heal sooner, but “I couldn’t fully close my fist despite not feeling any pain,” he said. “I put the gloves on to hit pads but that caused issues to my right hand again.”

Forced out of training, Eduardo accepted an invitation to move to London for six months to coach other athletes, “but coming back to work in the UFC was always my focus,” he said.

“Now that my doctor cleared me to train and get ready, I’m asking for a fight,” Eduardo said. “I’m racing against time and asking for a fight so I can work. I thought they were going to book me to fight at the London show on March 21, but I guess the card is already full. I’m waiting.”

The Nova Uniao talent, who holds a 3-4 record in the UFC with wins over fellow veterans Manny Gamburyan, Eddie Wineland and Jeff Curran, prefers to see the glass half full when looking back at his long 20-month layoff.

“I haven’t fought in a year and a half, but that was good for me,” Eduardo said. “Many people talk about retirement, but I’m still healthy, still feeling the energy to continue working, so I don’t see it that way. I’m part of a great weight class in the UFC and I want to be back to the top 10.”

Eduardo (28-12) has been a professional MMA fighter since Nov. 1, 1996, longer than any other athlete in the UFC roster. Except for Stipe Miocic, every current UFC champion had yet to celebrate their 10th birthday when Eduardo made his vale tudo debut in Brazil.

Things have changed a lot since the early days of his career, debuting at age 16 and winning three one-night tournaments in a span of 14 months. Eduardo can’t be that active decades later, but adapts to the new era of the sport.

“I can’t come here and say I want to fight next week because I have to prepare myself, build my training schedule and focus on an opponent,” Eduardo said. “Things have changed. We had 10, 11 fights scheduled at the same time in the past and had no idea who we were going to fight, what they did and how they trained, and we still managed to get it done. It’s getting better now. If you don’t adapt to the evolution of the sport you’ll get left behind.”

The secret is to be grateful, Eduardo said, and aim for bigger things in the sport.

“I started too early, so I’m used to this,” he said. “I’ve been doing this since I was a kid and I don’t see myself doing anything else in my life. If I have the energy and health, I’ll do it. Not to mention every fighter that got busted for doping, using steroids to train, while I’m clean. I don’t take anything, only my supplements, my rice and beans, and go in there to brawl [laughs].

“I feel like I’m just starting now, but with all the experience. I’m a threat to any opponent.”