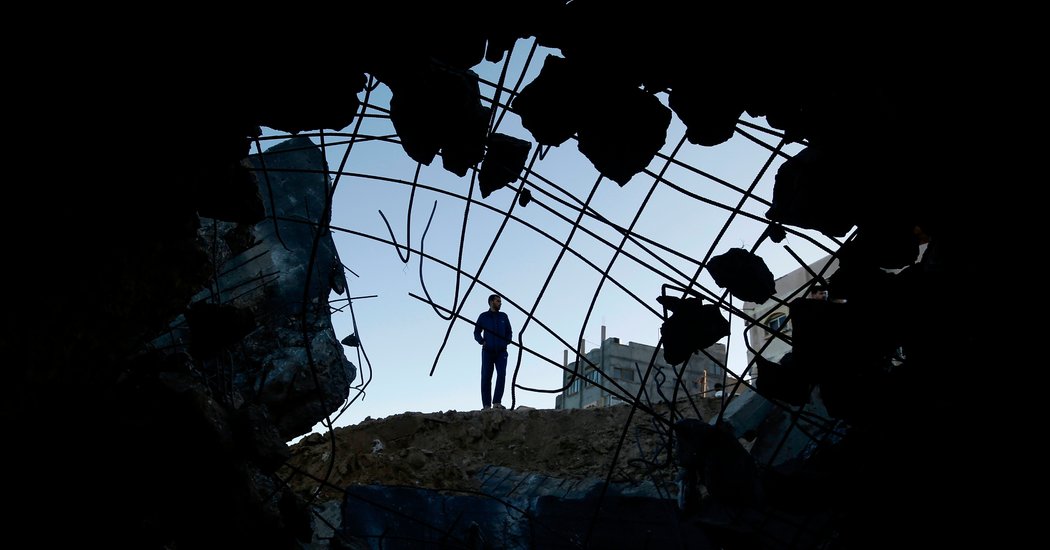 JERUSALEM — Hamas and Israel still exchange fire with sporadic rocket attacks and airstrikes in their long-running military standoff along the Gaza border, but the two sides are also engaged in something of an arms race on social media.

The Israeli military said Sunday that it had foiled a “catfishing” attempt to gain access to soldiers’ phones, at least the third instance since 2017 in which it said Hamas, the Islamic militant group that controls Gaza, had tried to dupe its troops by posing as Israeli women seeking romance.

Hamas, for its part, on Friday accused Israel of hacking one of its groups on the messaging app Telegram and posting doctored photos of Hamas intelligence officers in embarrassing poses.

The Israelis said Hamas tricked soldiers using women’s photos that had been altered to defeat easy reverse-image searches with fake names like “Yael Azoulay” and “Noa Danon.” The women had fleshed-out social media profiles, salted their texts with Hebrew slang and maintained accounts on several platforms at once.

To justify communicating only by text, the military said, the decoys said they were hearing-impaired or had speech impediments. To allay any suspicions raised by their poor command of Hebrew, they said they were new immigrants to Israel.

After a few texts, the soldiers were baited to download Android-compatible apps, the army said. The apps were billed as functioning like SnapChat, but instead allowed Hamas to take control of the phone cameras and to transmit photos, audio recordings, messages and files back to Hamas servers.

Hundreds of soldiers were targeted and, for the first time, not just those serving in the Gaza border area. Dozens fell for the ruse over several months, the army said. No damage was caused, it said, but soldiers were being summoned to have malware removed from their phones.

What tipped off investigators, Colonel Conricus said, was that Hamas made the mistake of reusing a fake identity that Israel had already discovered from a previous cyberattack.

Hamas has used Facebook, WhatsApp and Instagram in previous cyberattacks, but this was the first foray using Telegram, Israel said.

The soldiers involved made the mistake of revealing on social media that they were on active duty, Colonel Conricus said. Israel’s conscripts routinely have their phones with them at all times and often use them in their duties.

They are barred from taking their phones with them into combat or wherever classified information is discussed, and are prohibited from posting photos of themselves in uniform. But the rules are difficult to enforce.

Hamas’s online offensives have been vexing enough to Israel that last May, the military said it traced one such digital attack back to its source, and fighter jets destroyed the headquarters of what Israel said was the Hamas cyberunit.

Israel routinely warns its soldiers against catfishing attempts, with posters on bases saying, “The enemy is listening.” A message sent around electronically on Sunday shows a woman dressed as a militant and warns, “Don’t let Hamas entice you!”

The army also reinforced the lesson by provocatively posting on Twitter one of the come-hither photos of the fake Hamas accounts, with no explanation.

Hamas on Friday also asked members of a Telegram group to leave it after accusing Israeli intelligence of posting several photos in the group that showed Hamas officials in embarrassing poses.

One of the photos, each of which appeared to be crudely doctored, shows someone it says is a Hamas official whose job is to “torture the innocent,” holding a knife and standing in front of a half-naked, blindfolded man tied to a chair.

Another photo shows a man who, the caption says, is employed as a hacker for Hamas but actually uses cybertechnology to “violate women’s privacy and honor on the pretext of maintaining public safety.”

A third shows someone it says is another Hamas intelligence official clutching a fistful of dollars with an immodestly dressed woman on his arm.

A Hamas spokesman, Abdul Latif al-Qanoo, did not answer specific questions, but said the group was in “an open, multifront battle” with Israel.

The tech warfare between Israel and Gaza is not only online. An Israeli start-up says it has successfully pioneered a laser weapon to shoot down the explosive-laden helium balloons that Hamas has been sending over the border since 2018.

Amiel Ishaaya, a professor of electrical and computer engineering at Ben-Gurion University in Beersheva, said he and his partners thought of a solution back then but were waved off at first, assured that major weapons manufacturers were already on the case. But the major players were working with high-powered lasers that could be dangerous to aircraft far away.

Mr. Ishaaya said his team had adapted safer, low-powered lasers that Israeli farmers use to cut fabric coverings with which they warm crops or protect them from insects. A targeting system took months to fine-tune, but a prototype, developed on a shoestring and called Lahav-Or, or Light Blade, was successfully tested by the Israeli border police weeks ago.

“Nothing passed us,” he said. “Everything that was in our range, we took it down.”

Mr. Ishaaya said the device’s creators were seeking funding to adapt it for domestic -security situations, such as downing small drones or quadcopters flying near airports.

No one has been killed by Hamas’s airborne explosives, but they have burned thousands of acres and have landed in schoolyards, sometimes attached to toys.