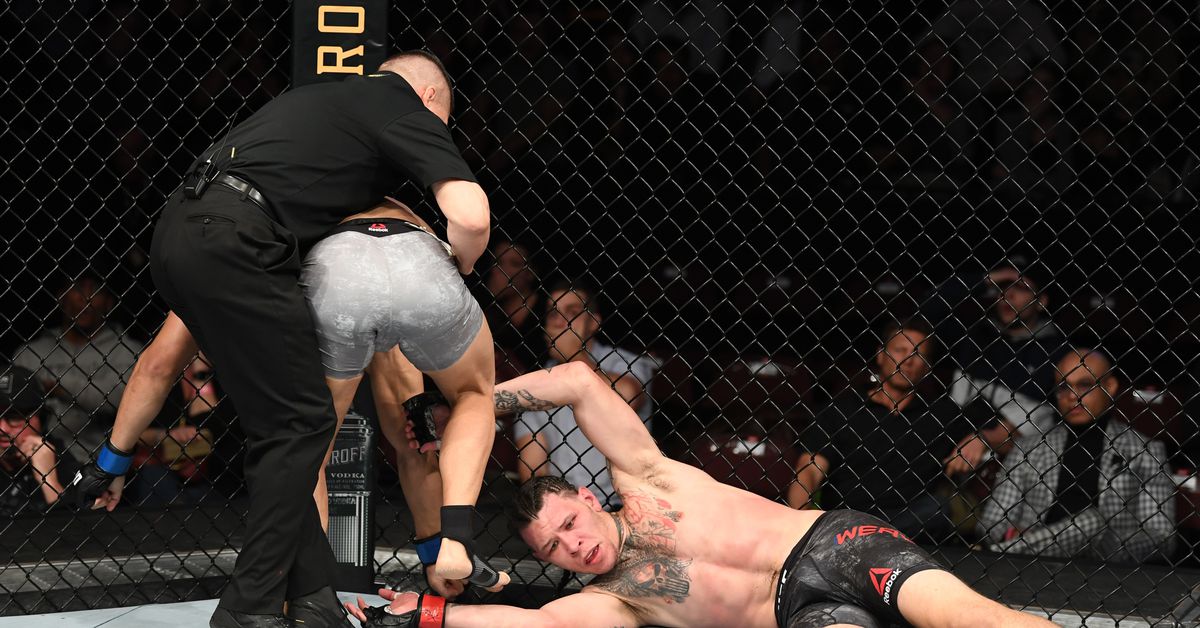 UFC lightweight Brok Weaver felt like he was turning the tide of his octagon debut when he saw coming the knee that ended his night at UFC Rio Rancho.

”I felt like he was getting tired,” Weaver said on the ESPN post-fight show after Saturday’s event at Santa Ana Star Center. “It’s all part of the game. This ain’t the way I want to win. I won’t go to sleep after tonight. But it’s a payday, not a win.”

Weaver earned a win via disqualification when Rodrigo Vargas landed the illegal strike; Weaver was briefly knocked out, leaving no choice but to immediately halt the fight.

As it turned out, the ending was the first of two bouts to be prematurely stopped by an illegal knee; co-headliner Diego Sanchez picked up a win after Michel Pereira caught him with a knee to the head in the third round.

Even before the fight-altering shot from Vargas, Weaver said his opponent wasn’t fully playing by the rules. But he wasn’t upset by that – it only gave him more respect for his foe.

”Big ups on him – he pulled on the inside of my glove, but I pulled inside his glove before,” said Weaver, who’s part of the MOWA Chocktaw tribe in Alabama. “If the ref don’t see it, the ref don’t cheat it. The MOWA way – if you ain’t cheating, you ain’t trying.”

Weaver has offered Vargas a rematch, though it’s early to say whether that will actually come to fruition. With his eighth straight win in MMA, he might just elect to move forward, even though he doesn’t feel he’s headed in that direction just yet.

“It was in the heat of the moment, things happen, (and) we can run it back, I told him that,” Weaver told UFC.com immediately afterward. “I don’t know him, but he’s a Christ follower, so I figure he didn’t do that with intent. I hate to get a victory like this, especially for my debut. I felt comfortable, weight cut was perfect, felt great. I had fun tonight, can’t wait to be back. Anything can happen in this sport.”