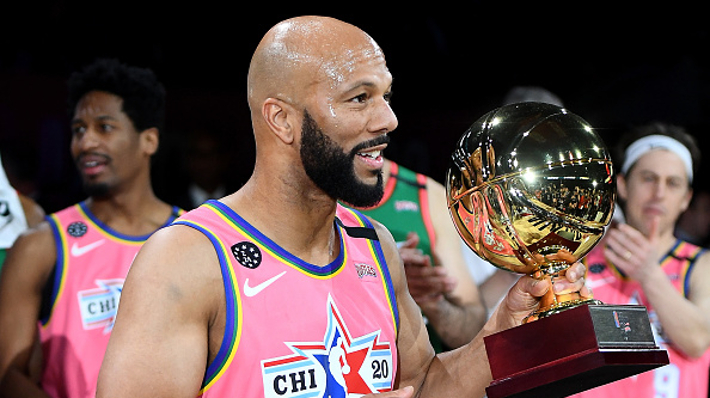 When it comes to the power rankings of NBA All-Star Weekend events, the Celebrity Game has always been fairly low on the totem pole. It’s the sort of thing that’s far more entertaining for the people involved than for anyone watching at home, but give props to the NBA for at least trying to inject some new life into this year.

The two rosters, coached respectively by ESPN stalwarts Stephen A. Smith and Michael Wilbon, were the usual hodgepodge of musicians, actors, former NBA players, and social media influencers, and in a concerted and wonderfully misguided effort to juice up the entertainment value, they’ve introduced all sorts of randomness.

Just take a look at this completely baffling breakdown of the new in-game challenges.

In lieu of a standard tip-off to determine who gets possession to start the game, Famous Los and Chance the Rapper squared off in the tissue pull, which is exactly what it sounds like, in case there was any confusion.

A tissue pull for possession to start the game? The Celebrity Game is already off to a wild start 😂 pic.twitter.com/MeX10n1PIQ

Former NBA stars Darius Miles and Quentin Richardson, now of “Knuckleheads” podcast fame, also featured prominently, with D-Miles mic’d up for our viewing pleasure. He did not disappoint, as he had to be reminded, not once, but twice that this is a family show.

Just keep Darius Miles mic’d up the rest of the game pic.twitter.com/2Ntqqspg8m

In the third quarter, each team was able to “Unlock a Legend” via Pop-a-Shot, which gave us former Bulls Horace Grant and Nate Robinson.

Grant didn’t waste any time before getting on the board with an old-school bank shot.

Horace Grant banks it in pic.twitter.com/nq7lmVz4Sc

And, of course, Stephen A. Smith did what he was always meant to do and got T’d up.

In the end, Team Wilbon got the victory and Chi-Town rapper Common took home MVP honors.

Better luck next year, Stephen A.