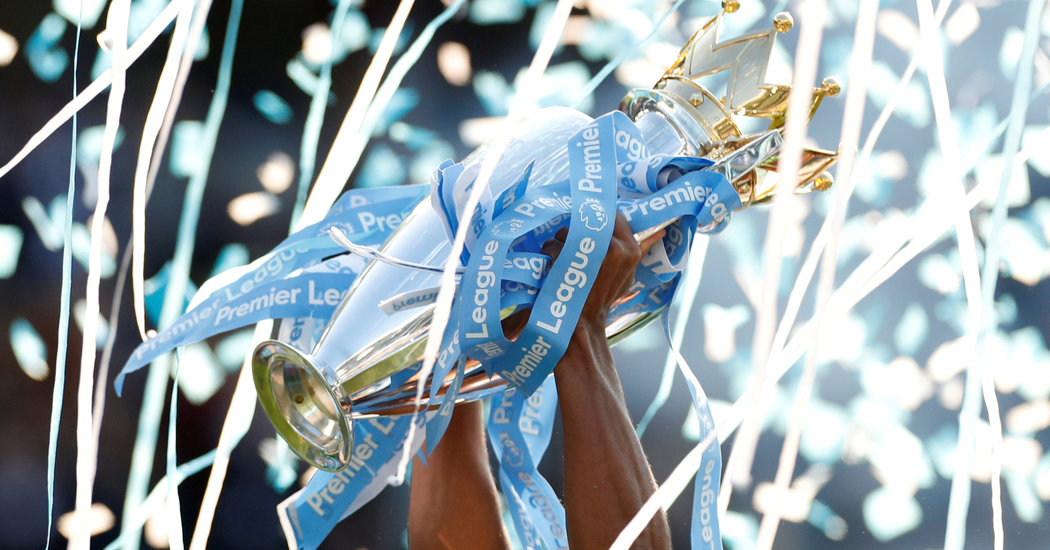 MANCHESTER, England — Manchester City needed only a few minutes to come out swinging. It has been that way right from the start, right from the moment Der Spiegel, the German newsmagazine, started publishing the series of exposés that became known as Football Leaks.

City responded to the allegations contained in those leaks — not just of breaching the financial rules that govern all teams playing in Europe-wide competitions, but crucially of deliberately providing investigators with misleading information — with fire and fury. The leaks, the club said, again and again, were part of a “clear and organized attempt” to smear its good name.

That fury has only mounted with time, a fire that burns ever brighter, ever hotter. City has vented in public at every step of the subsequent investigation into the accusations, raging that “irrefutable” evidence was being ignored, that UEFA, the governing body for soccer in Europe, was not running a fair or impartial process, that the outcome was predetermined.

It has been no more conciliatory in the more private, more refined surroundings in which it pleaded its case: court documents released by the Court of Arbitration for Sport on Wednesday showed the club’s considerable legal team had leveled all of the same charges at UEFA there, too, in the hope of having the investigation annulled. The court found that it could not overturn any punishment, on the grounds that City had not, at that stage, been punished.

Late on Friday, when UEFA’s Adjudicatory Chamber — the body that will determine exactly how City should be sanctioned — revealed that it had decided to ban the club from the Champions League for two seasons, and fine it $32.5 million, the cold fury reached its pitch.

The process was “prejudicial,” the club said. It was “disappointed, but not surprised” by the ruling. It always knew it would “need to seek out an independent body and process to impartially consider the comprehensive body of irrefutable evidence in support of its position,” it said in a statement.

And so now, the fight begins. First, an appeal “at the earliest available opportunity” to the Court of Arbitration for Sport. If that fails — though there is no guarantee it will — that may not be the end of it. As one email produced as part of the Football Leaks trove made clear, City’s hierarchy has the money and the appetite to spend millions on legal fees rather than wear any punishment. The Swiss Supreme Court would be the next step. Beyond that, who knows? The United Nations? The World Trade Organization?

City would not take this stance frivolously. The club, like UEFA, knows that what is ultimately at stake matters: more than whether City misses a couple of years of European competition; more than whether it has some bearing on the career plans of Pep Guardiola; more than whether some of the club’s glittering array of stars may seek to leave. It is not just the future of UEFA’s financial fair play legislation that is on the line, but the very locus of power in European soccer.

For UEFA, it is only a slight exaggeration to say the battle is existential. Defeat would mean effectively admitting that Europe’s biggest, richest teams are now too big to tame, and that the body theoretically in charge of corralling them is, in reality, nothing more than the organizer of the occasional glitzy draw event in Monte Carlo.

For Manchester City, it is, primarily, a chance to prove that it is the clubs who make the rules now, that it is not UEFA’s job to dictate who can invest money in the sport, to demonstrate that financial fair play is nothing more than a device to lock in soccer’s status quo, to keep out the young and the daring and the ambitious.

The club can take that stance, of course, because soccer is — like all sports — inherently tribal. Few, if any, of its fans blame their team for any of this. On social media, as on match days at the Etihad Stadium, it is hard to find any sense of disappointment that City may have bent the rules.

Instead, wagons have been circled, lines drawn. City’s fans have long booed the pompous anthem that blares out at the start of Champions League games — something that predates the current investigation — but, when it next plays at the Etihad before the visit of Real Madrid next month, expect a torrent of hostility. City’s fans are arrayed behind their club: UEFA is against them; it is a witch-hunt; it is time to drain the swamp.

But the reason the club has no choice but to fight, and to fight for as long as possible, is different. City may want the charges to be overturned because it believes in its own “irrefutable” innocence, but the anger with which it has reacted at every stage speaks to another motivation: not the need to vindicate its loyalists, but to maintain the validity of the project for those who it was designed to win over.

Whatever the source of its funding, it should hardly be controversial to suggest that what attracted Sheikh Mansour, City’s ultimate owner, and his Abu Dhabi United Group to a Premier League soccer team in the first place was the blue-chip prominence it brought. City fans might reject the idea their club is being used as a “sportwashing” vehicle by a state with a questionable record on human rights, but the idea it is a marketing ploy is self-evident.

Manchester City gives Abu Dhabi a platform: not just to attract tourists and investment as the United Arab Emirates seeks to diversify its economy; not just to become a significant landowner and real estate developer in the city of Manchester; but to embed it in the global public consciousness. It is precisely the same logic that inspired Qatar Sports Investments to buy Paris St.-Germain.

The whole concept rests, though, on positive associations: beautiful, successful soccer; clean, admirable values; an air not only of glamour, but class, too. It is why, in part and on a much smaller scale, the club could not tolerate players as gifted, but as challenging, as Mario Balotelli and Carlos Tevéz. That was not the image Abu Dhabi wanted to cultivate for itself.

Nor, of course, is the stain of cheating — the intimation that City has not done things in the right way — something that can be tolerated. City must not just prove its innocence on some technicality; it must demonstrate that the allegation itself was in some way corrupt and that the body making it is illegitimate.

That brings with it a risk, of course: appealing to C.A.S. may well result in details of the breaches — and misdirection — City is said to have committed becoming public. The club, though it is confident of ultimately proving its innocence, will presumably be aware that even then it may not come out of the whole thing smelling of roses in the eyes of the wider world.

City has clearly decided the principle is worth the risk of some sort of reputational damage. There will be those who see in that no little honor, a self-sacrifice to bring down the flawed framework of financial fair play. But that is not why City has to fight, and to fight with fire and fury, until the bitter end. It does not, ultimately, have a choice.