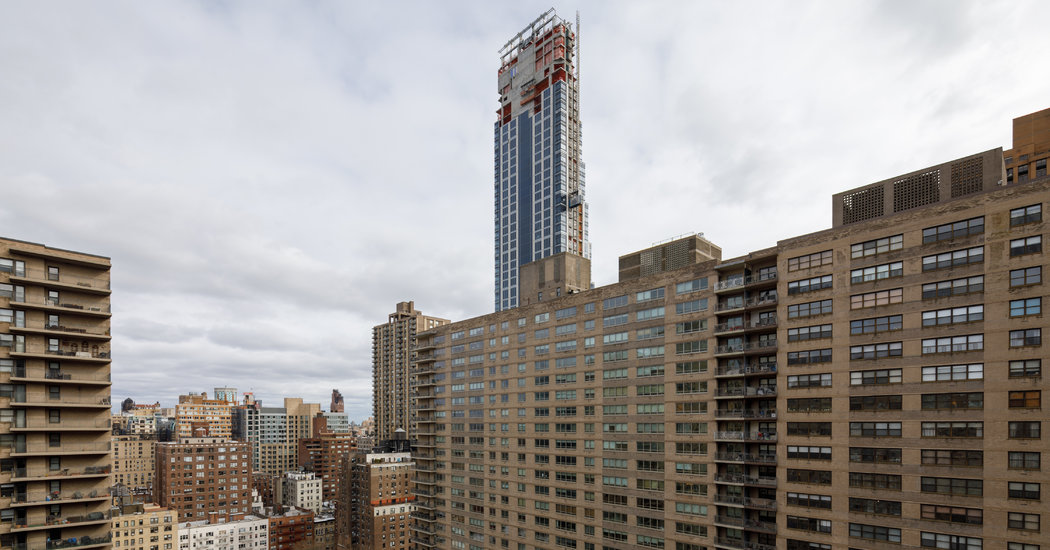 In an extraordinary ruling, a State Supreme Court judge has ordered the developers of a nearly completed 668-foot condo tower on the Upper West Side to remove as many as 20 or more floors from the top of the building.

The decision is a major victory for community groups who opposed the project on the grounds that the developers used a zoning loophole to create the tallest building on the West Side north of 61st Street. A lawyer representing the project said the developers would appeal the decision.

Justice W. Franc Perry ordered on Thursday that the Department of Buildings revoke the building permit for the tower at 200 Amsterdam Avenue near West 69th Street and remove all floors that exceed the zoning limit. Exactly how many floors might need to be deconstructed has yet to be determined, but under one interpretation of the law, the building might have to remove 20 floors or more from the 52-story tower to conform to the regulation.

“We’re elated,” said Olive Freud, the president of the Committee for Environmentally Sound Development, one of the community groups that brought the suit.

“The developers knew that they were building at their own peril,” said Richard D. Emery, a lawyer representing the community groups that challenged the project before the foundation was even completed. Mr. Emery said this decision sent a warning to other developers who proceed with construction in spite of pending litigation.

The question at the heart of the suit was whether the developers had abused zoning rules to justify the project’s size.

It is common for developers to purchase the unused development rights of adjacent buildings to add height and bulk to their project. But in this case opponents of the project argued that the developers, SJP Properties and Mitsui Fudosan America, created a “gerrymandered,” highly unusual 39-sided zoning lot to take advantage of the development rights from a number of tenuously connected lots. Without this technique, the tower might have been little more than 20 stories tall, instead of the nearly finished 52-story tower that now stands.

The decision also sets an important precedent, said Elizabeth Goldstein, the president of the Municipal Art Society of New York, one of the advocacy groups that brought the suit against the project.

“The way this zoning lot was constructed has been invalidated, and that is extremely important,” Ms. Goldstein said, adding that the decision would deter other developers from attempting similar strategies.

Scott Mollen, a lawyer with the firm Herrick, Feinstein, which is representing the project, said the ruling contradicted earlier decisions from the Department of Buildings and the Board of Standards and Appeals that were based on a long-established zoning interpretation. SJP, one of the developers, said they would “appeal this decision vigorously.”

What comes next is unclear. While further litigation would effectively postpone any disassembly of the tower, sales at the luxury condo would also be held up. Marketing is well underway for the 112 luxury apartments, and the most lucrative units are on the top floors — including a $21 million penthouse, which would likely be removed if the decision stands.

It is exceptionally rare in New York for a developer to have to remove completed floors from a building, but it has happened. In 1991, a developer was forced to reduce a 31-story building on East 96th Street to 19 stories.

Recently, the developers of a 30-story tower on the Upper East Side were forced to redesign elements of the building after community groups argued that its size exceeded local zoning limits.

The decision at 200 Amsterdam comes amid a wave of opposition to high-rise developments across the city, at a moment when the luxury real estate market is suffering from a glut of inventory.

Nearly half of new condo units in Manhattan that came to market after 2015 — 3,695 of 7,727 apartments — remain unsold, according to a December analysis of both closed sales and contracts by Nancy Packes Data Services, a real estate consultancy and database provider.

Even if the decision is upheld, partially deconstructing a tower of this size presents its own set of logistical quandaries: How much of the building violates the zoning law? How will the floors be removed? And what happens to units under contract on affected floors?

“I think this is barely chartered territory,” Ms. Goldstein said. “We’re all going to see what happens now.”