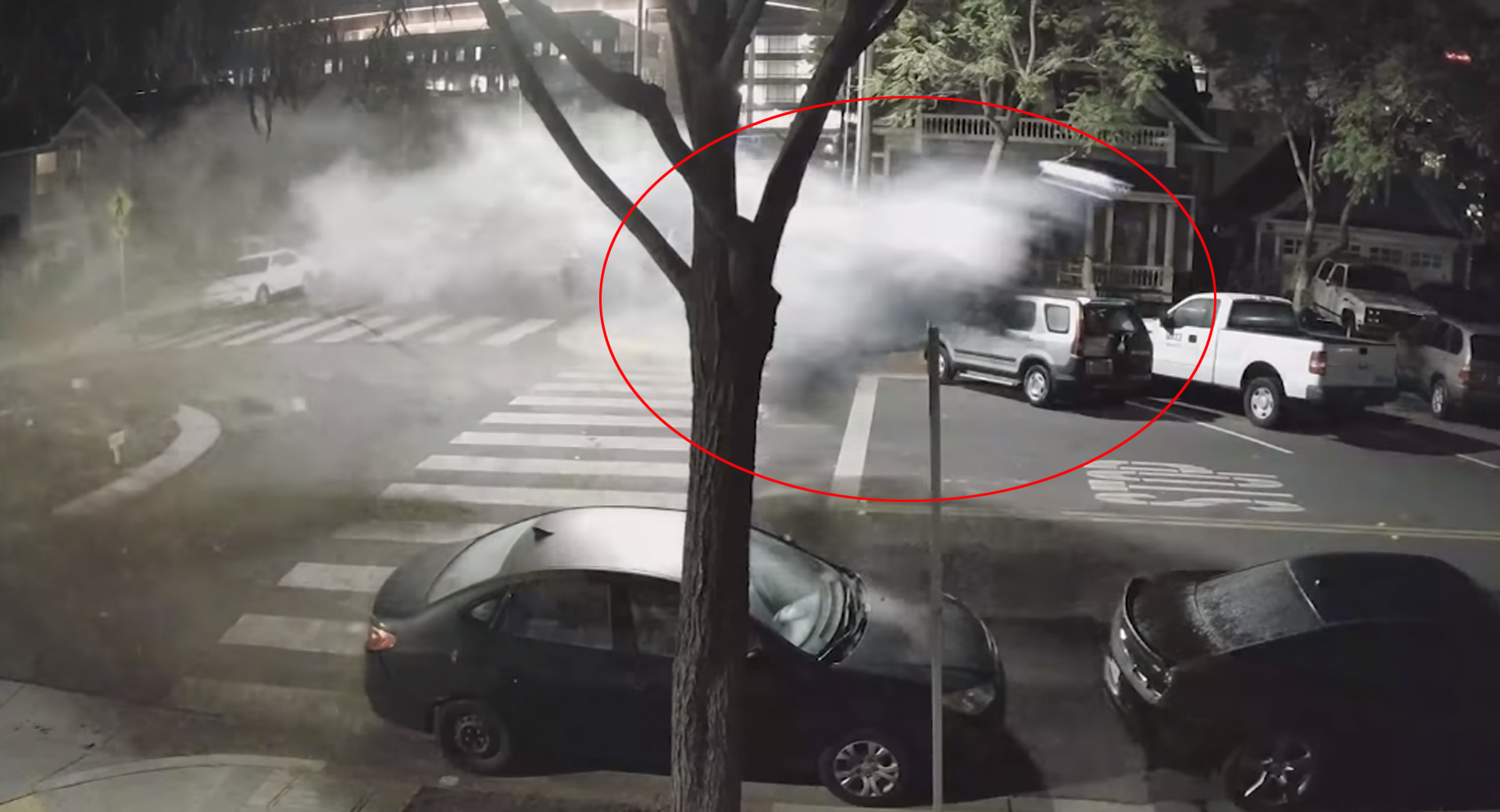 A woman has been arrested on suspicion of DUI after speeding through a traffic circle in Long Beach, California and flying through the air, damaging several nearby cars.

CBS Los Angeles reports that the crash happened just before 2 a.m. on Thursday morning. The 27-year-old driver, Marisela Ovalle, was not injured in the crash and arrested on suspicion of driving under the influence. She is being held on $30,000 bail.

Dramatic security camera vision of the intersection shows the M4 speeding down the center of the road and blasting past a stop sign before slamming directly into a large 300 lbs (136 kg) boulder placed in the traffic circle. The force of the impact sends the BMW flying through the air for several dozen feet before it came to a rest alongside a white Mazda3 Sedan.

Local resident Marcelino Ruiz who owns two of the cars damaged in the crash believes the woman could have been traveling at up to 70 mph (112 km/h) in the residential area.

The force of the BMW hitting the boulder was so strong that the huge rock was propelled forward and slammed into the rear of a parked Chevrolet Camaro, badly damaging its rear end.

Footage filmed in the aftermath of the crash shows a number of clean-up crews, firefighters, and police dealing with the carnage caused by the crash. The wrecked BMW was towed away with comprehensive damage and will most likely be scrapped.