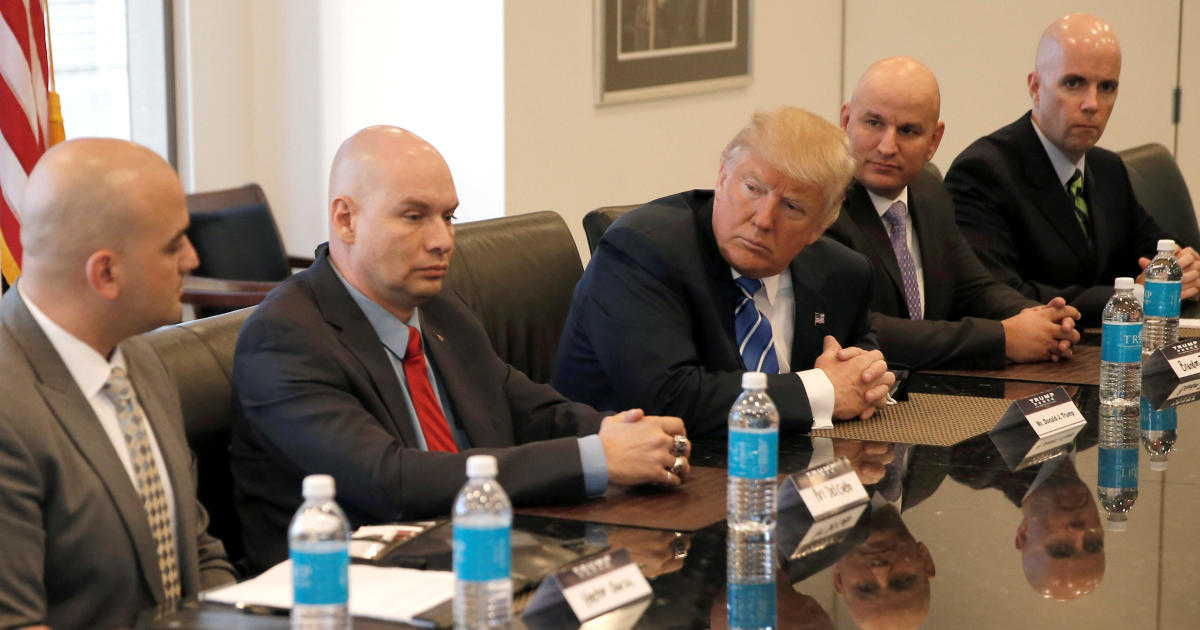 President Trump spoke to representatives of the National Border Patrol Council at the White House Friday afternoon, in the same the week the White House announced the extension of the national emergency over the border and the Pentagon announced billions of dollars more funding for the border wall.

The president touted his border wall priority, showing the auditorium images of construction. The wall needs to be black, he said, so as to absorb more heat and make it easier to climb.

The president told members of the border patrol he’s made their jobs easier.

“Say ‘thank you, Mr. President,'” he instructed them.

In a notice continuing last year’s national emergency declaration, the president on Thursday declared that the security and humanitarian crisis at the border “continues to threaten our national security,” and “further action is needed to address the humanitarian crisis and to control unlawful migration and the flow of narcotics and criminals across the southern border.”

The meeting with border patrol council comes after Attorney General Bill Barr told ABC News the president’s tweets are making it nearly “impossible” for him to do his job, after the president tweeted about the sentencing recommendation of his longtime associate Roger Stone. All four federal prosecutors assigned to the case withdrew, after the main Justice Department overruled their seven-to-nine-year sentencing recommendation for Stone. The president tweeted a sentence that long would be a “miscarriage of justice,” although the attorney general insists the president did not contact him about altering the recommendation.