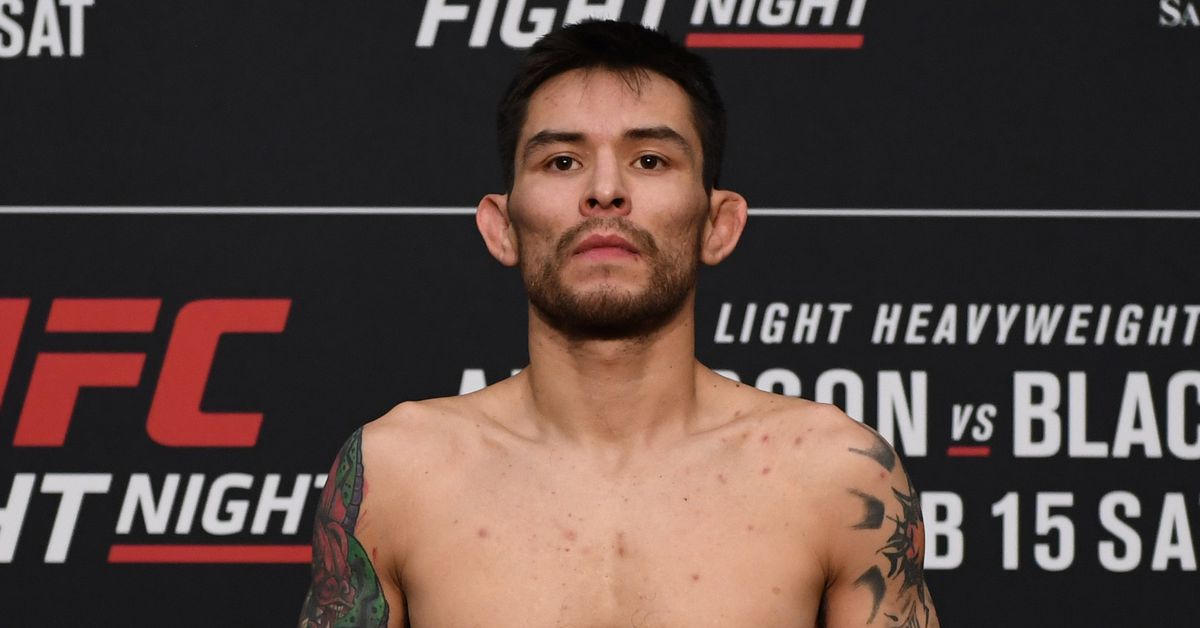 Ray Borg was tripped up by the scale again.

For the fourth time in his UFC career, Borg failed to make weight, this time coming in at 128 pounds for a flyweight encounter opposite Rogerio Bontorin scheduled for UFC Rio Rancho this Saturday. That is two pounds over the 126-pound non-title limit.

Borg was given an extra hour to make weight following the faceoffs, but again failed to hit the mark, weighing in at 128 pounds once more, according to UFC.com.

Bontorin successfully weighed in at 126 pounds. The bout will proceed as scheduled with Borg forfeiting 30 percent of his purse.

Last April, Borg issued a statement vowing that he would retire if he missed weight again.

All other 24 fighters scheduled to compete at Saturday’s event successfully made weight, including light heavyweight headliners Corey Anderson and Jan Blachowicz, and welterweight co-headliners Diego Sanchez and Michel Pereira.

Watch the official video above and check out the full UFC Rio Rancho weigh-in results below.