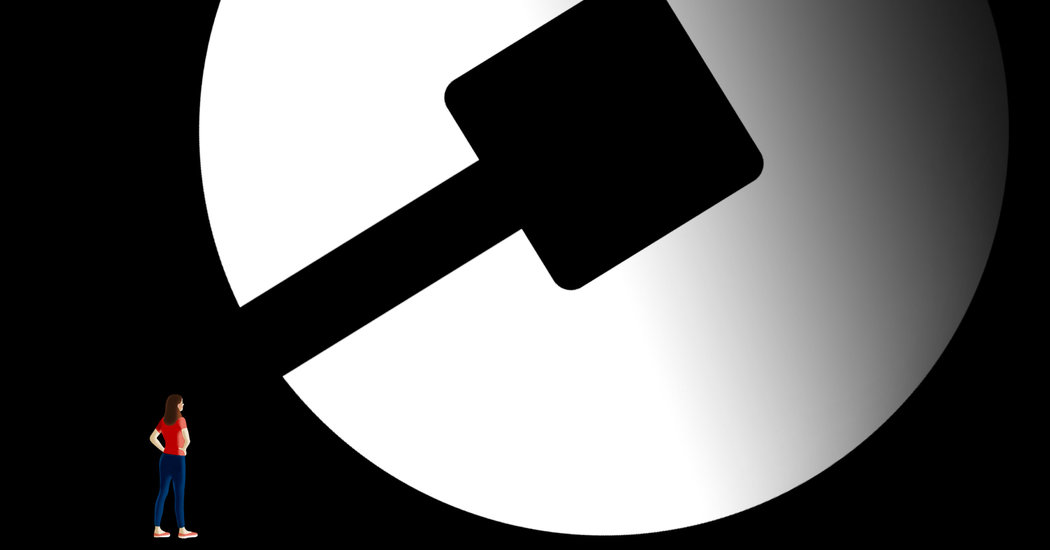 On Feb. 18, 2017 — three years ago almost to the day — I sat at my kitchen table, my laptop open, my mind racing. In the two months since I’d quit my job as an entry-level software engineer at Uber, I’d tried to forget what I’d experienced and witnessed there, but it was impossible.

In my year at the company, I’d been propositioned over company chat by my new manager on my first day on his team; when I reported the harassment, I was told it was his first offense, but later learned that it wasn’t (he had been reported to Human Resources before). I’d been berated by my managers until I left the meetings in tears. I’d been promised and then denied a transfer. I’d been retaliated against for reporting discrimination to H.R. I’d taken my concerns all the way to the chief technology officer and nothing had been done.

Although I’d left the company, I was still in touch with a number of my former co-workers. I knew they were experiencing the same kind of discrimination, retaliation and abuse that I’d witnessed and experienced. I heard the despair in their voices and watched helplessly as they became depressed, one after another. One of them had even taken his life.

The stakes couldn’t have been higher: If something didn’t change, if I didn’t speak out, I feared that another employee would commit suicide.

I pulled up my blog and stared at the blank page in front of me, then abruptly closed my laptop.

Uber wasn’t just any company. At the time, it was the most valuable private start-up in Silicon Valley history, and it played dirty; it played to win. I was certain that if I came forward, what had happened to other whistle-blowers and women who’d spoke out against sexual harassment and mistreatment at other companies would happen to me: I would lose my new job, my reputation would be ruined, and I would be forever branded “that woman who was sexually harassed.”

I grew up in poverty in rural Arizona and was home-schooled until I finished the equivalent of sixth grade. After that, my mother had to return to the work force, and I was on my own when it came to learning. In the years that followed, I worked below-minimum-wage jobs during the day and tried to educate myself at night. I called high schools and colleges and asked them about the classes they taught, then used that information to design my own curriculum. Determined to pull myself out of poverty, I figured out how to apply to colleges by contacting teachers, professors, high schools and universities, asking them for help. After studying on my own and scoring well on the ACT, I was admitted to Arizona State University on a full scholarship.

Two years later, I transferred to the University of Pennsylvania to study physics, eventually building and designing electronics and writing software programs there. I was on top of the world, certain that I would soon get a Ph.D. in physics and become a physicist — a dream that ended when I reported sexual harassment and mistreatment in my physics lab. I was effectively blacklisted from the physics department, branded a liability, and forced to give up a future in physics.

I had chosen not to go public with my experience at Penn, afraid of what would happen if I spoke up. But I’d learned from it, convinced that I had done the wrong thing by staying quiet, and I’d vowed to never make the same mistake again.

While I was still working at Uber, facing constant mistreatment, I’d made a habit of reading a famous passage by Marcus Aurelius on the way to the North Berkeley Bart station each day, to prepare myself for what I’d encounter at the office: “Say to yourself first thing in the morning: Today I shall meet people who are meddling, ungrateful, aggressive, treacherous, malicious, unsocial. All this has afflicted them though their ignorance of true good and true evil. But I have seen the nature of good is what is right, and the nature of evil what is wrong.” On particularly tough days, I’d turn to the words of Fred Rogers: “Try your best to make goodness attractive. That’s one of the toughest assignments you’ll ever be given.” I’d remind myself that even though goodness was considered a vice at Uber, and aggression considered a virtue, I had to hold on to my own values.

Now, sitting in front of my laptop, I remembered these words and those of other philosophers — Aristotle, Plato, Epictetus, Seneca, Immanuel Kant — searching for insight into how to do the right thing and, most important, how to know what was right. There was only one conclusion: Telling the story of my time at Uber and was the right thing to do, regardless of the consequences.

And so I wrote the blog post. I knew my tone had to be measured, balanced and detached. I made sure that every single sentence was something I could back up with extensive written documentation. Then I pressed “publish.”

Within half an hour, the post was picked up by almost every major media outlet. Everything went haywire: my phone crashed and restarted itself over and over again, unable to withstand the barrage of notifications. My inbox was filled with requests from television stations, magazines and newspapers around the world. So was my voice mail. Once he was able to get through, my stepfather called, frantic. A television producer had told him that I was in an emergency, and that they needed to contact me immediately; thinking that I had been hurt or was in trouble, he’d given them my phone number. Many of my friends and relatives texted me, confused, because reporters were calling them and asking for information about me and what I’d written.

It didn’t take very long for Uber to discover what I’d done, either: Travis Kalanick, then the chief executive of Uber, posted a link to my blog post on Twitter, saying “What’s described here is abhorrent & against everything we believe in. Anyone who behaves this way or thinks this is OK will be fired”; Uber hired Eric Holder, the former U.S. attorney general, to run an investigation into my claims and Uber’s culture.

In the months that followed, my online accounts were hacked and I was the subject of rumors and smear campaigns. I was followed and stalked by private investigators. I was scared into silence, afraid for my career, my safety, my husband, my family and my friends. I found myself trapped in a nightmare, terrified for my life, hoping that the results of Mr. Holder’s investigation would put an end to it and finally force Uber to change.

I had no idea then that my words would change much more than that — that they would inspire other women to speak up about their experiences and help ignite a revolution that would forever change the dialogue around sexual harassment and workplace mistreatment. I didn’t know that even though my decision to blow the whistle would turn my world upside down, it would eventually set me on the path to finally achieving my childhood dream of becoming a writer.

Sitting at my kitchen table three years ago, all I knew was that standing up against injustice was right. Refusing to give in to fear was right. Telling the truth was right. I knew I had to speak up. And I’m so glad I did.

Susan Fowler (@susanthesquark) is an editor in the Opinion section of The New York Times and the author of “Whistleblower: My Journey to Silicon Valley and Fight for Justice at Uber,” from which this essay is adapted.